Other photo of Bonnie G. Kelm

Bonnie G. Kelm, art museum director, appraiser, educator, consultant. Certified uniform standards of professional appraisal practice New York University, 2004.. In 2007 she founded Bella Kaye Designs a company that creates jewelry and wearable art, a passion she has longed to pursue most of her life. Along with her husband Bill, a sculptor, Bella Kaye Designs became a subdivision of a larger company called B & B Designs.

Kelm, Bonnie G. was born on March 29, 1947 in Brooklyn. Daughter of Julius and Anita (Baron) Steiman. 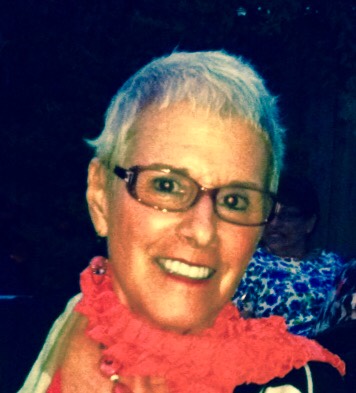 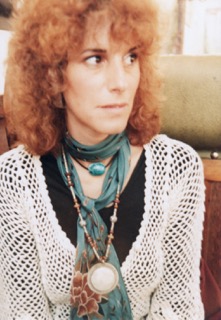 I am a tenacious survivor, given to bursts of black humor to keep going. i have had more tragedy in my life than any one person should have to endure. In 1999, just as my career was peaking, my son Michael, my only child and the light of my life was killed in a freak auto accident. He was 28 years old. I went into a suicidal tailspin tht actually brought on a dreaded autoimmune disease. There are various theories about the causes of Lupus, but one of them that many medical experts believe to be true is that it can be caused by severe trauma. One year after Michael's death with a host of horrible symptoms the diagnosis was finally made after MS was ruled out. My lfe has never been the same since. Many of my plans had to change. Two fellowship offers were turned down. When we moved across the country to start my job at UC Santa Barbara I had hoped to open a new chapter of my life. Unfortunately, the situation at the Museum and with the Administration that I walked into was such a mess from so many transitions and a budget in debt, that it quite literally made me sick. I did not know it at the time, but there was a deadly cancer growing in my body. My symptoms were bad enough however that my Rheumatologist recommended that I retire on disability which I did in 2006. In 2011 I was diagnosed with 4th stage Non-Hodgkins Lymphoma and given less than a 50% chance of survival. The cancer i have is incurable, but my wonderful doctor was able to stop the aggressive part of it before it devoured all of my organs ( with a horrible two year chemo and radiation protocol). I just celebrated my 5th anniversary of survivng the death sentence! Rather than feeling sorry for myself, i am not worried about my career, or who hurt my feelings, or whether I am going to get this or that done, I am just present in NOW. I am 69 years old. I don't know how much time I have left. I do know there is this 45 year old inside of me just waiting to jump out and enjoy life & those i love as much as possible. Oh! And I am only going to spend my time doing things that I am passionate about! My passions have changed.Over the past few years I have been nurturing my creative side and have been spending what time I have making jewelry and investigating mixed media art and photography. That's what makes me happy. I am working on two books as well, one an autobiography entitled The Highjacked Muse and the other a non-fiction work on this unlikely community I live in.