with 2-d wife and son

Indiana Jones and the Temple of Doom 1984

Mishima: A Life in Four Chapters 1985

Indiana Jones and the Last Crusade 1989

Indiana Jones and the Kingdom of the Crystal Skull 2008

Director George Lucas grew up in the suburbs, which inspired his 1973 film American Graffiti. He studied cinematography at the University of Southern California and caught Francis Ford Coppola’s eye. Coppola helped him enter the film business. He’s best known for directing the Star Wars movies and Indiana Jones series.

Famed director, writer and producer George Lucas was born George Walton Lucas Jr. on May 14, 1944, in Modesto, California. Lucas's parents sold retail office supplies and owned a walnut ranch in California. His experiences growing up in the sleepy suburb of Modesto and his early passion for cars and motor racing would eventually serve as inspiration for his Oscar-nominated low-budget phenomenon, American Graffiti (1973).

He attended the Modesto Junior College, where among many other subjects he also studied anthropology, sociology and literature. It was while in college that he became interested in filmmaking.

He later attended the University of Southern California School of Cinematic Arts and obtained a degree in fine arts in film studies in 1967. During the years at USC, George Lucas shared a dorm room with Randal Kleiser. Along with classmates such as Walter Murch, Hal Barwood and John Milius, they became a clique of film students known as The Dirty Dozen. He also became good friends with fellow acclaimed student filmmaker and future Indiana Jones collaborator, Steven Spielberg. 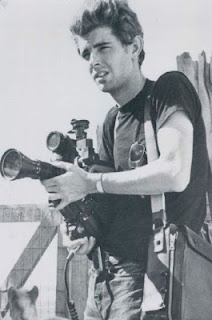 In 1973, he directed and co-wrote the film titled, 'American Graffiti', which was a coming-of-age film. The film was critically acclaimed and earned an Academy Award nomination.

In 1977, he directed and wrote the American epic space opera film titled, ‘Star Wars Episode IV: A New Hope'. The following year, he was one of the creators and executive producers of the TV show, ‘Star Wars Holiday Special'.

In 1979, he produced and co-wrote the comedy-drama film, 'More American Graffiti'. The next year, he served as the executive producer of the films, 'Kagemusha' and 'Star Wars Episode V: The Empire Strikes Back'.

In 1983, he co-wrote the screenplay for the third film in the ‘Star Wars’ series, ‘Star Wars Episode VI: Return of the Jedi'. The same year, he was the executive producer of the animated film, ‘Twice Upon a Time'.

In 1985, he was the executive producer for the films, ‘Latino' and 'Mishima: A Life in Four Chapters'. That year, he also produced the TV shows, ‘Star Wars Droids: The Adventures of R2-D2 and C-3PO', 'Ewoks' and 'Ewoks: The Battle for Endor'.

In 1989, he co-wrote and produced the Steven Spielberg film, ‘Indiana Jones and the Last Crusade'. This was the third film in the ‘Indiana Jones’ series.

In 1992, he created and developed the American TV series, ‘The Young Indiana Jones Chronicles', which was aired on the ABC network. After two years, he co-wrote and produced the film, ‘Radioland Murders'.

In 1999, he wrote and directed the American epic space opera, 'Star Wars Episode I: The Phantom Menace'. This became the fourth film of the ‘Star Wars’ franchise.

In 2002, he wrote and directed the fifth film in the ‘Star Wars’ series of films, ‘Star Wars Episode II: Attack of the Clones'. The film was a commercial success and received mixed to positive reviews from critics.

In 2003, he co-created the Emmy Award winning animated micro series, ‘Star Wars: Clone Wars', which was inspired by the 'Star Wars' universe.

In 2005, he wrote and directed the sixth film in the ‘Star Wars’ series of films, 'Star Wars Episode III: Revenge of the Sith'. The film was a massive success at the box office.

In 2008, he co-wrote the story for the fourth film in the 'Indiana Jones' series, 'Indiana Jones and the Kingdom of the Crystal Skull'. That year, he also co-produced the film, ‘Star Wars: The Clone Wars'.

In 2012, he was the executive producer of the American war film, ‘Red Tails'. The same year he announced his semi-retirement from large scale films and chose to focus on smaller independent films. 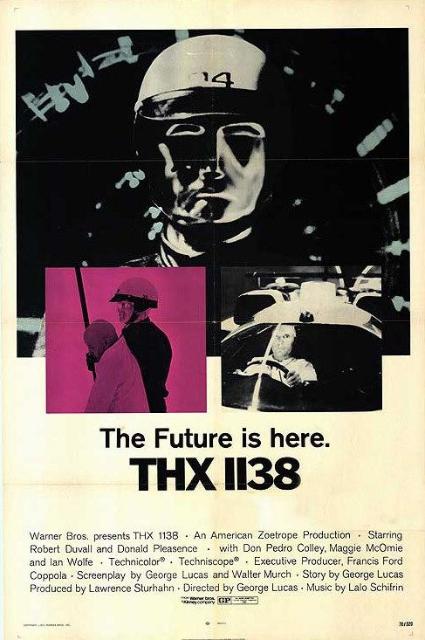 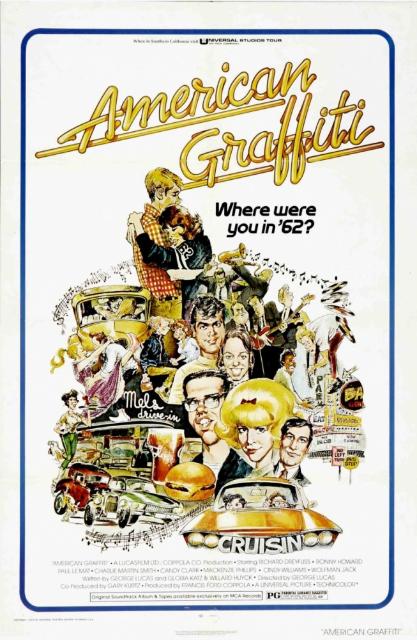 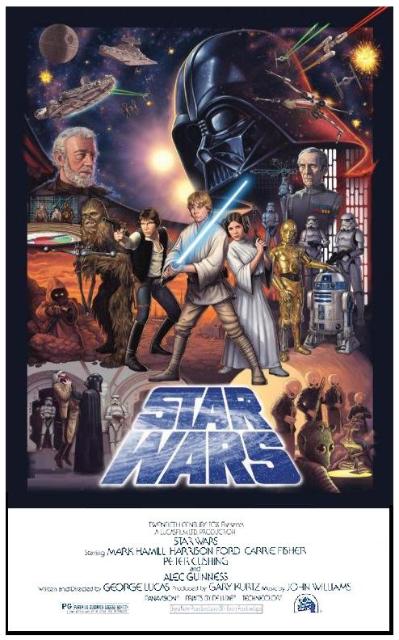 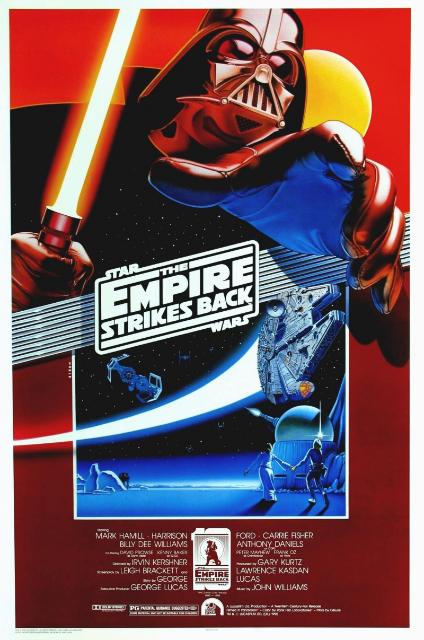 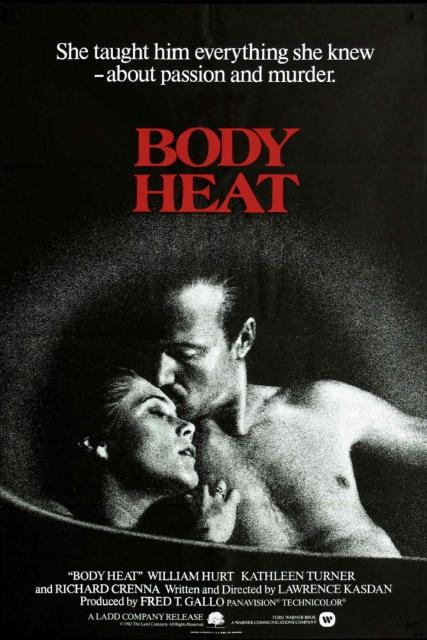 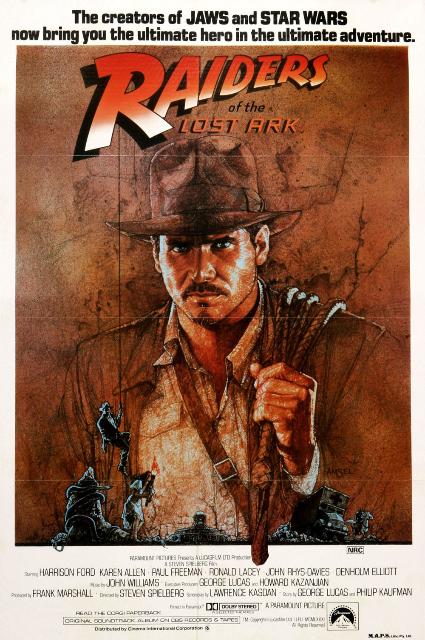 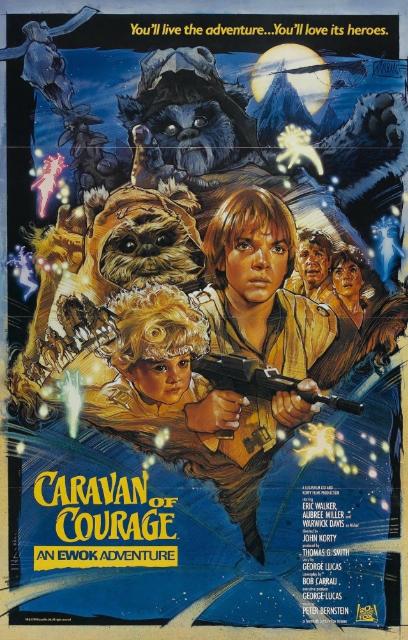 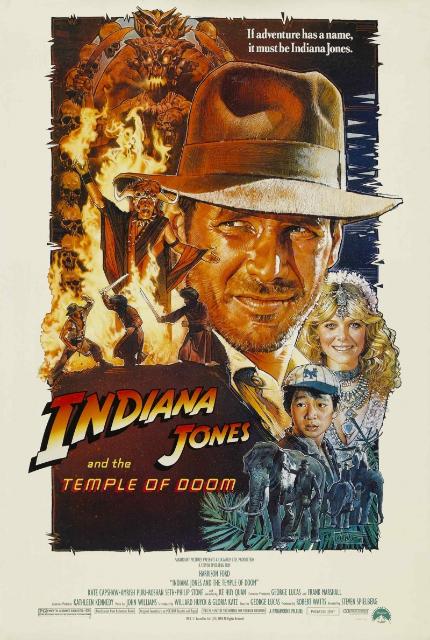 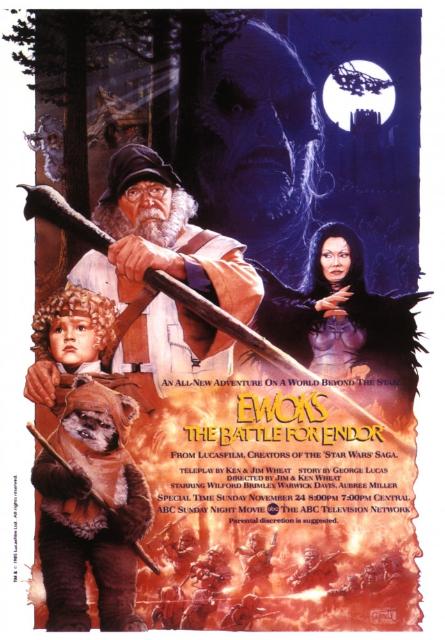 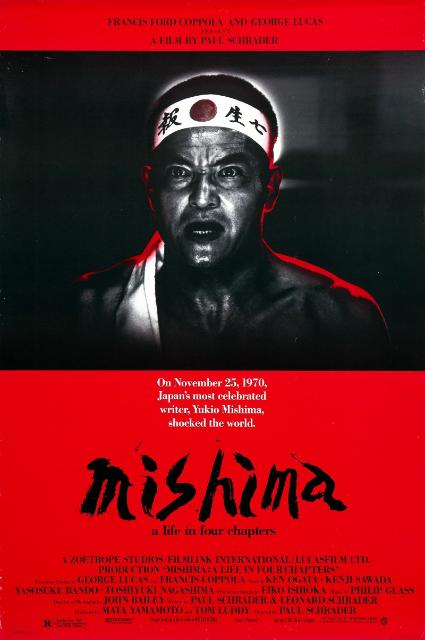 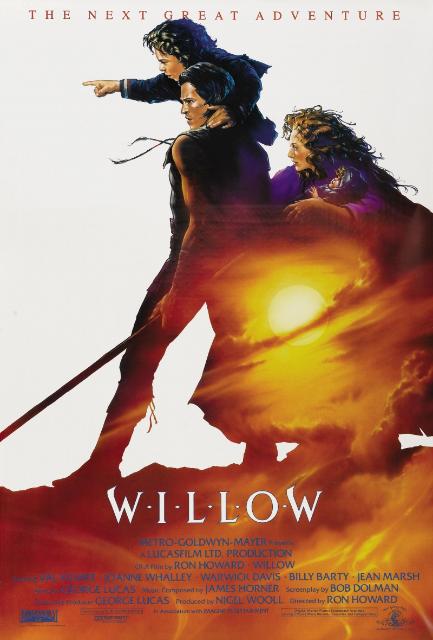 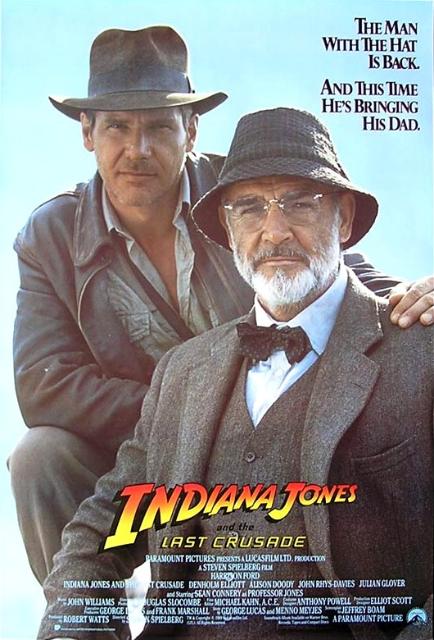 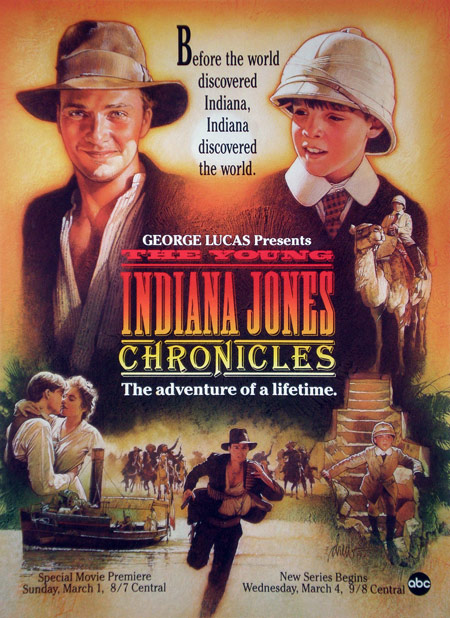 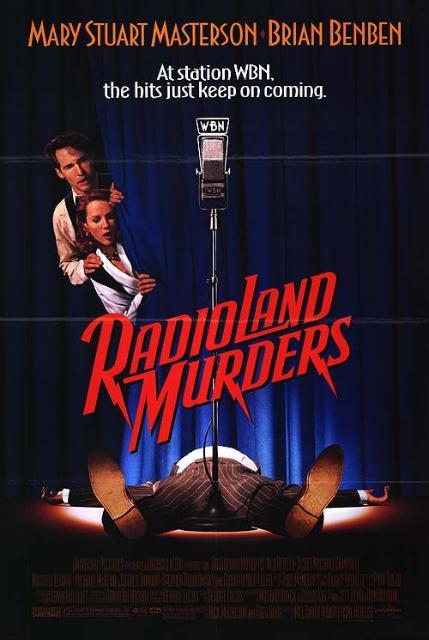 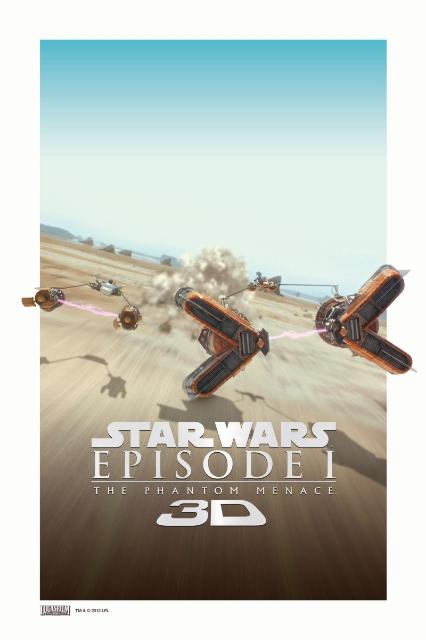 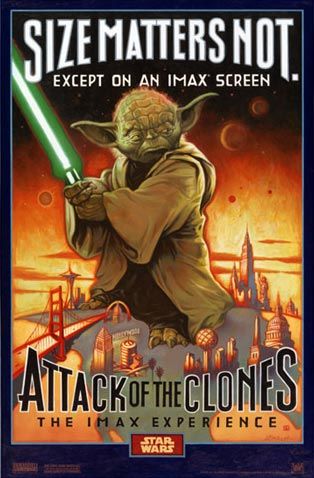 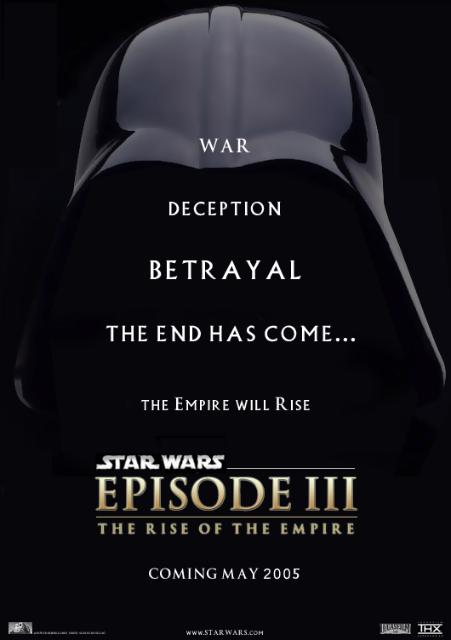 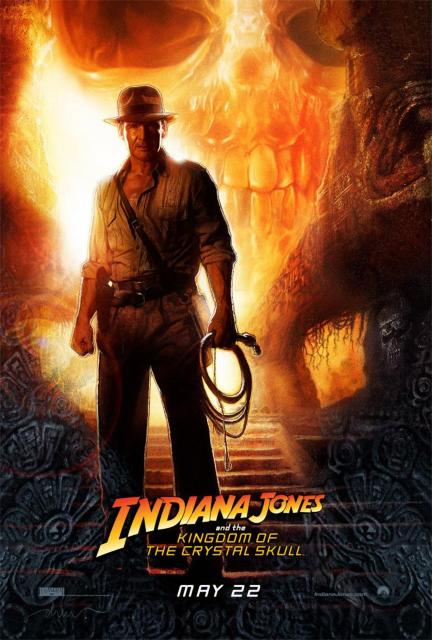 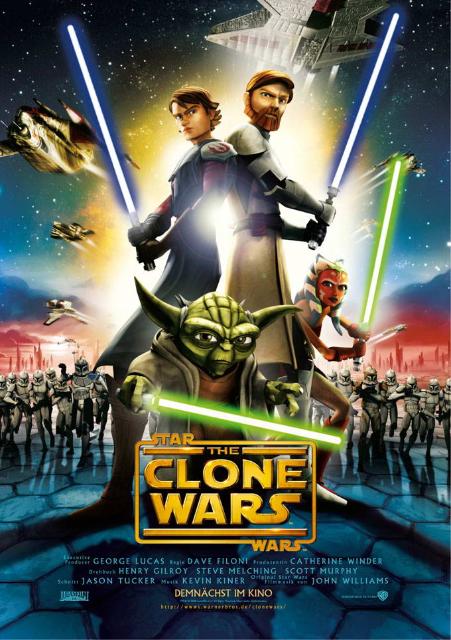 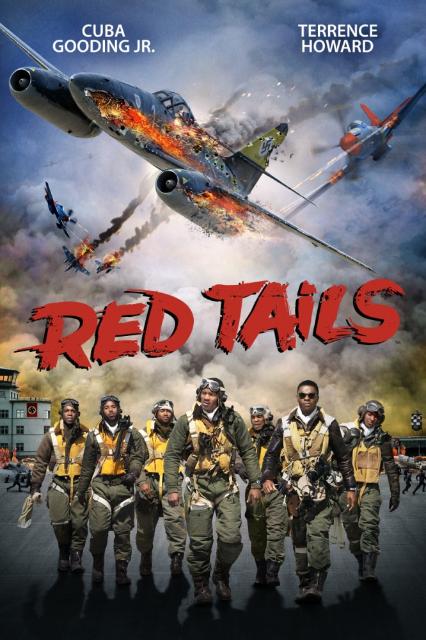 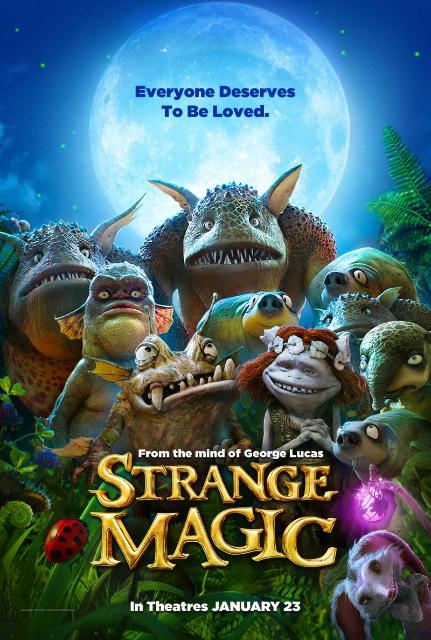 Lucas is a "Buddhist/Methodist" who can still believe in evolution and an optimistic view of human nature.

He rejectied of big business power and a giant contribution to the 2008 Obama campaign.

He was raised in a devout Methodist family and still retains much of his childhood beliefs. He certainly believes in God but seems to have a very nuanced view of religious belief, reconciling God and evolution and making a distinction between the real God and the God of the bible. He has said:

"There’s absolutely no conflict between Darwinism and God’s design for the universe…The problem for me is that I see a very big difference between the Bible and God. And the problem they’re getting into now is that they’re trying to understand intelligent design through the Bible, not through God."

Interestingly, Lucas has expressed an interest in Buddhism and much of the Eastern philosophies of the power within individuals was a large influence on Lucas’ concept of “The Force” in the Star Wars film. He has called himself a “Methodist Buddhist” and said:

"Only [humans] can exchange information. And the test of how accurate the information is will be whether we all die or not. If we all die, then it wasn’t the right information. I would rather see us be a positive force in the universe than a cancer. We have the knowledge to be either one. That, in essence, is what “Star Wars” is about. We are both good and evil, and we have a choice."

Quotations: "The story being told in 'Star Wars' is a classic one. Every few hundred years, the story is retold because we have a tendency to do the same things over and over again. Power corrupts, and when you're in charge, you start doing things that you think are right, but they're actually not."

"I was going to go to a four-year college and be an anthropologist or to an art school and be an illustrator when a friend convinced me to learn photography at the University of Southern California. Little did I know it was a school that taught you how to make movies! It had never occurred to me that I'd ever have any interest in filmmaking."

"Part of the issue of achievement is to be able to set realistic goals, but that's one of the hardest things to do because you don't always know exactly where you're going, and you shouldn't."

"The secret is not to give up hope. It's very hard not to because if you're really doing something worthwhile I think you will be pushed to the brink of hopelessness before you come through the other side."

George Lucas is typical of his Taurus sign with Sun, Mercury, Venus, and Ascendant there (in both appearance and personality). Sun in Taurus prides itself in its ability to be rock steady, productive, and resourceful. The Sun here is also in danger of growing too attached or enamored to wealth and possessions. Moon in Aquarius is the driving force in Lucas' chart pushing him to be unique, ingenious, independant, and ahead of his time. It also gives him his interest in science and science fiction and a strong desire to uncover the truth of any matter. Mercury in Taurus is quiet and calm but very shrewd, evaluative, and determined. Venus is in its own sign of Taurus giving excellent judgement, taste, and common sense, as well as fine musical or artistic ability. Mars in Cancer is keenly emotional, sensitive, and insecure, and often experiences a stormy domestic or home life. On the positive side, they're handy around the house and very protective of family and loved ones. Jupiter in Leo is proud, warm, generous, creative, loving, and just a big kid. They're great with kids and very successful as artists, managers, or entertainers. Saturn in Gemini masters the art of communication and Uranus in Gemini comes up with new and original ideas or concepts. Neptune in Libra idealizes beauty, harmony, and relationships and Pluto in Leo goes all the way when it comes to love, creativeness, or entertainment.

He is a diabetic.

He spent many years as a single father to his adopted daughter Amanda after his divorce from film editor Marcia (Griffin) Lucas in 1983, after 14 years of marriage. After their split, Lucas also adopted two more children: Katie and Jet.

In January 2013, Lucas announced his engagement to Mellody Hobson, president of Ariel Investments. The couple had been dating for five years prior to their engagement. A 69-year-old Lucas and a 44-year-old Hobson wed in late June 2013 at Skywalker Ranch in Marin County, California.