Agostino Bassi studied law at the University of Pavia.

A plaque outside the house in Paolo Gorini in Lodi, where Bassi lived and studied, commemorates his life.

Agostino Bassi studied law at the University of Pavia.

Agostino Bassi’s tomb is in the 13th-century church of San Francesco in Piazza Ospedale in Lodi, set against a wall in the right transept. The church is distinctive because of its two ‘open sky’ double mullioned windows in the façade, an early example of a design that was often repeated in northern Italy during the 14th and 15th centuries.

A plaque outside the house in Paolo Gorini in Lodi, where Bassi lived and studied, commemorates his life.

Agostino Maria Bassi was a prominent Italian agriculturist, entomologist, and naturalist. Bassi experimented over many years to determine the cause of the mal del segno, or muscardine, the silkworm disease then prevalent. His discovery of the microscopic fungus parasite that caused this malady, commonly believed to be of spontaneous origin, was published in 1835 and contributed importantly to the understanding of the contagious disease.

Agostino Maria Bassi was born on September 25, 1773, in Mairago, Italy. He was one of twins born to Rosa Sommariva and Onorato Bassi. His father, a wealthy farmer, had wanted Bassi him to look after the family property when he grew up, rather than become a biologist. But he was able to take science lessons from the biologist, Lazzaro Spallanzani, who was one of his relatives.

After his early schooling in Lodi, Agostino Bassi entered the University of Pavia. He studied law, but at his parents’ desire, he later wrote. His study of physics, chemistry, mathematics, natural science, and some medicine is evidence of his interest in science. Among his teachers were Antonio Scarpa, the anatomist, Alessandro Volta, the physicist, and Giovanni Rasori, professor of pathology and a strong proponent of the contagium vivum theory at a time when this was in dispute. Bassi was able to attend the lectures of Lazzaro Spallanzani, who had opposed the doctrine of spontaneous generation and carried out experiments to disprove it. He received his doctorate in jurisprudence in 1798. 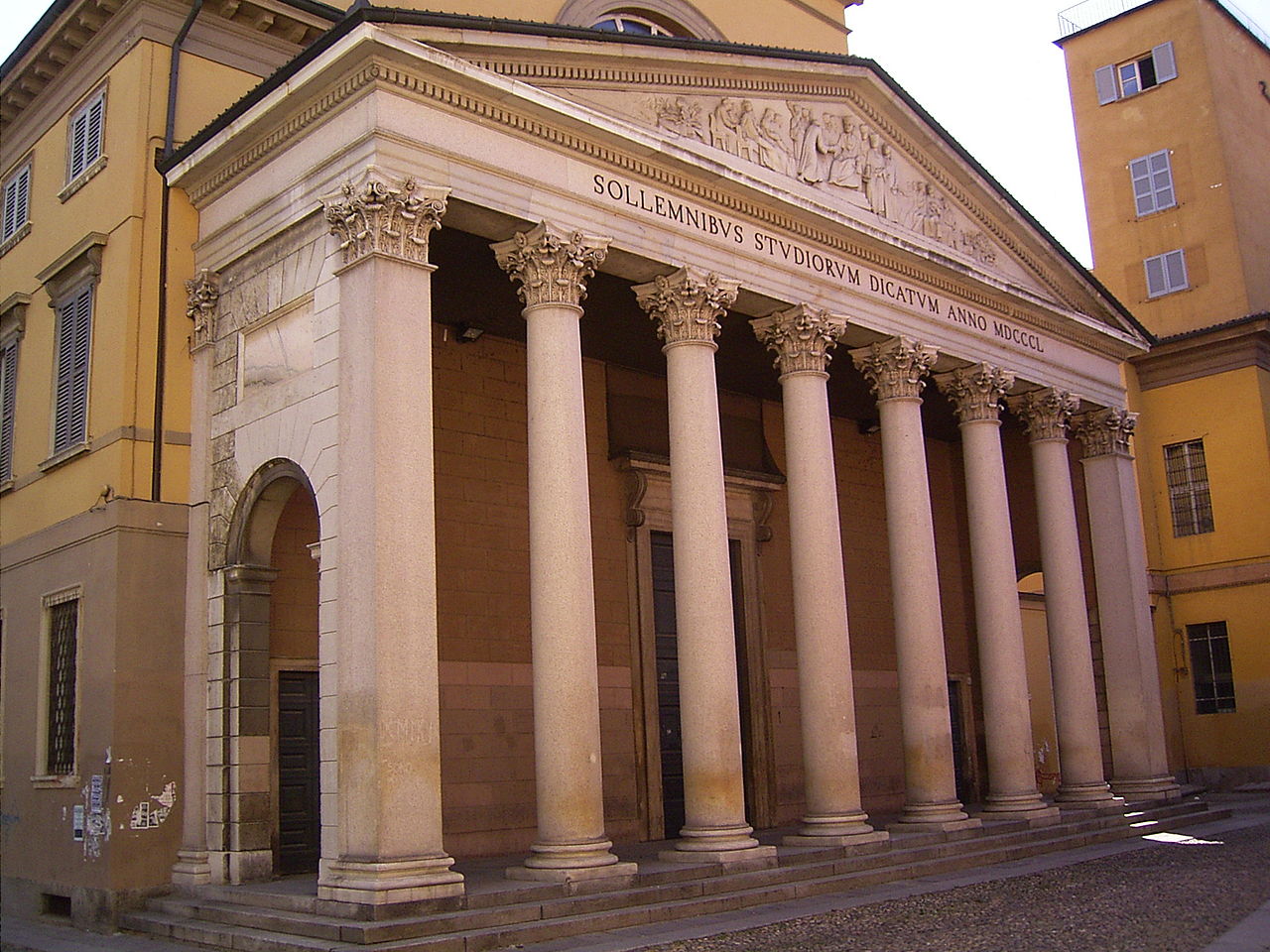 After receiving his doctorate in jurisprudence in 1798 from the University of Pavia, Bassi was named provincial administrator and police assessor in Lodi, newly under French administration. Subsequently, he held various positions in the civil service. Failing eyesight forced his return to Mairago, to his father’s farm, where, except for a brief period in public service in 1815, he remained for the rest of his life.

As early as 1807 Bassi’s attention was drawn to the silkworm disease, but while he conducted his experiments over the years, he maintained a number of agricultural interests, ranging from the importation and breeding of merino sheep and the publication of Ipastore bene istruito (1812) to potato cultivation and winemaking, on which he also published.

The silkworm disease, known in Italy as mal del segno, or as calcino or calcinaccio, because of the white efflorescence and calcined appearance that developed after the worms had died of its ravages, had caused heavy losses to the silkworm industry in Italy and in France, where it was called la muscardine. Bassi at first accepted the opinion of the silkworm breeders that the disease arose spontaneously. He experimented, therefore, upon various premises: considering the possibility that environmental factors of food, atmospheric conditions, or methods of breeding were responsible, he maltreated the worms in many ways; they died, but not of the muscardine. Then, suspecting excessive acidity to be the cause, he used phosphoric acid, but was unsuccessful in producing the disease. When Bassi obtained worms that seemed to be calcified after death, he found that they lacked the contagious property that characterized mal del segno.

After some years, Bassi concluded that the disease was due to external agents and was transmitted by food, by contact with the dead worms that showed white efflorescence, and by the hands and clothing of the silkworm breeders. The germs were also carried by animals and flies. The contagion contaminated the air in rooms where the worms had become infected with the disease. Bassi reproduced the muscardine by inoculating healthy worms with the white dust, or with matter from diseased worms. He infected caterpillars of other species and then, in turn, produced the same disease in silkworms again. Bassi’s microscopic investigations showed that the disease was caused by a cryptogam, a fungus parasitic upon the silkworm. The fine efflorescence, which usually appeared following the death of the animal, was composed of a multitude of minute plants bearing the “seeds,” and only when they developed did the disease become infectious. The seeds, transmissible in numerous ways, penetrated the bodies of healthy worms and there nourished themselves. The worms eventually died, and, upon maturation, the small plants produced new seeds. The latent life of the seeds was somewhat under two years, but under certain circumstances, it was three.

Bassi presented his results at the University of Pavia in 1833, and in the following year repeated his experiments to the satisfaction of a nine-member committee of the faculties of philosophy and medicine. He reported his experiments and conclusions in Del mal del segno, calcinaccio o moscardino, malattia che afflige i bachi da seta e sul modo di liberarne le bigattaje anche le piu infeslate (1835-1836). He was reviving the contagium vivum theory of Rasori, he remarked; it had already been suggested that the disease was caused by a fungus, but only on the basis of odor. It was Bassi who first demonstrated through experiments that a living fungus parasite was the cause of a disease in animals. We know the white efflorescence actually is a mass of spores. During the life of the silkworm the mycelium grows at the expense of the animal and the worm, in time, dies. The hyphae, which penetrate the skin, bear the fine, white, dustlike spores which only then appear.

The first part of the Del mal del segno contained a theory proposing that some contagions of plants and animals had their source in the “germs” of plant or animal parasites, and that possibly certain diseases of man were caused by vegetable organisms. The second part was devoted to practical methods of preventing and eliminating the silkworm disease through the avoidance of contamination, the disinfection of rooms where the disease had occurred, and the boiling of implements. He included fresh air and sunlight among his disease preventives and disinfectants.

The minute fungus parasite discovered by Bassi was examined by the botanist Giuseppe Balsamo-Crivelli, professor at the University of Milan. He described it as the vegetable parasite Botrytis paradoxa, of the family Mucedinaceae, and later named it for Bassi, Botrytis bassiana (today Beauvaria bassiana).

Confirmation of Bassi’s discovery by Jean-Victor Audouin and others came soon after the publication of Del mal del segno. The significance of this work was recognized as far greater than its immediate value to practical agriculturists. Johann Lukas Schonlein of Zurich remarked upon the implications for pathogenesis in Bassi’s discovery of the fungus origin of muscardine. He recounted his own repetition of Bassi’s experiments, for with these in mind he had microscopically examined material from the pustules of favus, and had found the disease to be caused by a vegetable parasite, a fungus.

Bassi’s influence has been traced in the subsequent investigations of David Gruby, Miles J. Berkeley, and others who considered fungus parasites as a cause of disease in both animals and plants. Bassi’s conviction that parasites were actively involved in most contagions was also reflected in Jakob Henle’s classic paper of 1840, “Von den Miasmen und Contagien und von den miasmatisch-contagiosen Krankheiten.” Over the ensuing years, the clearer understanding of the nature of parasitism affected concepts of infectious disease and contributed to the undermining of the doctrine of spontaneous generation. Bassi’s use of experimental inoculation showed his understanding of the importance of this means of tracing the life history of the invading organism. It was to be utilized by the mycologist Anton de Bary in later years.

His later writings showed his continuing interest in contagion, for he suggested that parasites, animal or vegetable, were the cause of various diseases, including plague, smallpox, syphilis (1844), and cholera (1849). Since the minute germs spread, he advocated quarantine and various modes of prevention and disinfection, employing both asepsis and antisepsis. 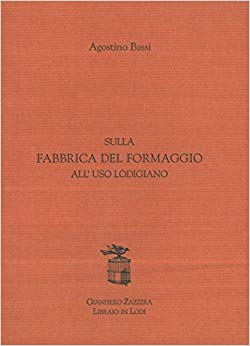 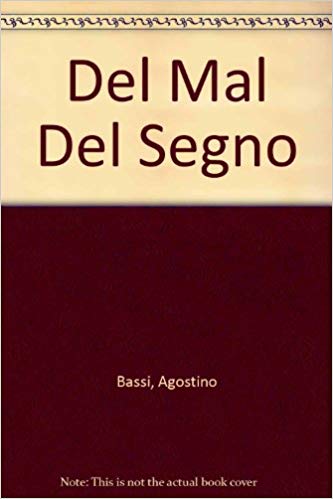 Bassi understood that all infections are a product of parasitic beings that invade other living organic beings. This led to the microbiological theory of infectious diseases that would make enormous developments with the German, Robert Koch, and Frenchman, Louis Pasteur.

Quotations: "All infections, of whatever type, with no exceptions, are products of parasitic beings; that is, by living organisms that enter in other living organisms, in which they find nourishment, that is, food that suits them, here they hatch, grow and reproduce themselves."