Abraham: friend of God;: An ethical biography of the founder of the Jewish people, 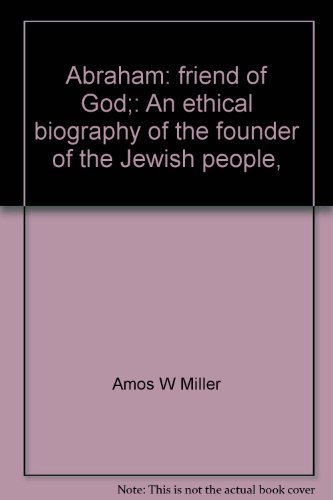