The Old South: "A Summer Tragedy" and Other Stories of the Thirties

(Personal essays and short stories of the South. The short...)

Personal essays and short stories of the South. The short story considers the final afternoon in the lives of Jeff and Jennie Patton, a frail elderly couple, who have spent their lives as poor sharecroppers, barely able to make ends meet for themselves and their children. While neither is seriously ill, the severities of farming and aging have guided them toward a mutual pact. Today they will put on their finest clothes and then, drive down the dirt road past their neighbors toward a cliff--and death. The simple story is gripping as readers discover what this couple is about. While they have been defeated by their tight-fisted landlord and by age, their spirits are indomitable. With charm and pathos, the couple fulfills the pledge they made to one another when no other alternative seemed appropriate.

Chariot in the sky; a story of the Jubilee Singers

Golden Slippers: An Anthology of Negro Poetry for Young Readers

(A book about negro poetry for young readers.)

A book about negro poetry for young readers.

Story of the Negro;

(A biography of the runaway slave who devoted his life to ...)

A biography of the runaway slave who devoted his life to the abolition of slavery and the fight for black rights.

The Harlem Renaissance Remembered: Essays Edited with a Memoir by Arna Bontemps

New York City, uptown, the 1920s. Poets, writers, dancers, and musicians came to Harlem to experience the excitement of the jazz age and to see the cabarets and floor shows at the Apollo Theatre and the Cotton Club. People flocked to Harlem to hear the genius of band leader Duke Ellington, the jazz-poetry of Langston Hughes, and the romantic lyricism of Countee Cullen. The Harlem Renaissance produced some of the 20th centuryâs greatest and most influential artists, figures at the center of the spectacular jazz era. These African American artists created a new American sound and a new American culture. This unique recording tells the Harlem Renaissance story through the spoken word and live music of some of its most famous works. Experience it all yourself inâ¦ THE HARLEM RENAISSANCE REMEMBERED Foreword and Afterword by Jonathan Gross, Ph.D. â Hear the story of Harlem, told through the words of its poets and the sound of its musicians. Imagine yourself in the Cotton Club where Duke Ellington and his famous orchestra performed their hit song, âTake the A Trainâ. Listen to Langston Hughesâs âTheme for English Bâ recited aloud while the strains of âMood Indigoâ play from a distant radio. Learn what the world was like in the 1920s when the Harlem Renaissance was at its height, and why it is still so important today.

(Portraits of nine Black athletes who have excelled in Ame...)

Portraits of nine Black athletes who have excelled in American sport

Arna Wendell Bontemps was an American writer, critic, and educator. He was head librarian at Fisk University in Nashville, Tennessee, from 1944 to 1965.

Arna Bontemps was born Arnaud Bontemps on October 13, 1902, in Alexandria, Louisiana, United States, to Creole parents, Marie Carolina Pembrooke and Paul Bismark Bontemps. His relationship with his father, a stonemason turned lay minister in the Seventh Day Adventist church, was complicated by his attachment to his mother, a former schoolteacher, who died when Bontemps was twelve but not before she had instilled in her son a love for the world of books and imagination stretching beyond his father's view that life consisted of practical concerns. Several racially motivated incidents led the strong-willed Paul Bontemps to relocate his family to Los Angeles when Arna was three. He and the more exuberant Uncle Buddy, younger brother of the grandmother with whom Arna went to live in the California countryside, proved to be contradictory influences upon Arna after his mother's death.

To counter what he perceived as the pernicious effects of Uncle Buddy's attitudes, the elder Bontemps sent his son to San Fernando Academy, a predominantly white boarding school, from 1917 to 1920. He then attended Pacific Union College in Angwin, California, where he graduated in 1923. Later he received a master's degree in library science from the University of Chicago in 1943.

As the older of two children, Arna disappointed his father by choosing a life of writing over following four generations of Bontemps into the stonemason's trade. It was the warm, humorous Uncle Buddy who became for his great-nephew a resource for, as well as support of, the art of storytelling. While Paul Bontemps respected Uncle Buddy's ability to spell and read, he disapproved of his alcoholism, his association with the lower classes, and his fondness for minstrel shows, black dialect, preacher and ghost stories, signs, charms, and mumbo jumbo. Through Buddy, however, Arna Bontemps was able to embrace the black folk culture that would form the basis for much of his writing.

As Arna grew older, he found his parents' antipathy to their own blackness echoed by educators and intellectuals sympathetic to the philosophy of assimilationism. He later pronounced such views efforts to "miseducate" him. He began to understand the opposing responses of his great-uncle and his father toward their racial roots as symbolizing the conflict facing American blacks to "embrac[e] the riches of the folk heritage" or to make a clean break with the past and all that it signified. He concluded that American education reduced the Negro experience to "two short paragraphs: a statement about jungle people in Africa and an equally brief account of the slavery issue in American history. " He would devote his life to reinstating the omissions.

Bontemps's diverse occupations were unified by the common goal of forwarding a social and intellectual atmosphere in which African-American history, culture, and sense of self could flourish. After graduation he moved from California to New York City to teach at the Harlem Academy and to write. Bontemps became fast friends with Langston Hughes, a physical lookalike as well as an intellectual twin, evidenced by Hughes's 1926 manifest on black art which became Bontemps's as well. In the summer of 1924, at age twenty-one, Bontemps published a poem, "Hope, " in Crisis, a journal instrumental in advancing the careers of most of the young writers associated with the Harlem Renaissance.

Forced by economic necessity to leave the Harlem Academy in 1931 to teach at Oakwood Junior College, a black Seventh Day Adventist school in Huntsville, Alabama, Bontemps's situation there mirrored the working conditions of much of his career: he was typically short on funds and rarely had a comfortable place to work. His persistence paid off, however, particularly when he turned to writing children's books in the belief that a younger audience was more receptive to the positive images of blacks he wished to instill. Over the next forty years he wrote and edited such books for children and adolescents as Popo and Fifina (1932), You Can't Pet a Possum (1934), We Have Tomorrow (1945), Frederick Douglass: Slave-Fighter-Freeman (1959) and its sequel Free at Last: The Life of Frederick Douglass (1971), and Young Booker: Booker T. Washington's Early Days (1972).

His first novel, God Sends Sunday, the story of the most successful black jockey in St. Louis, was published in 1931. Most critics were receptive to the book, and Bontemps himself liked the story well enough to collaborate with Countée Cullen to turn it into a play, St. Louis Woman (1939). It premiered in New York on March 30, 1946, and ran for 113 performances. Bontemps's efforts to alter the perception of blacks in American literature ultimately proved disadvantageous to his teaching career: the administration of Oakwood Junior College accused him of promoting subversive racial propaganda and allegedly ordered him to burn his books. He resigned in 1934 and took his family to California, much as his father had done years before. While "temporarily and uncomfortably quartered" with his father and stepmother, Bontemps produced Black Thunder, his best and most popular novel. Published in 1936, it offers a fictional version of an 1800 slave rebellion led by Gabriel Prosser. Rendering the theme of revolution through the device of the slave narrative, the novel has become one of the great historical novels in the American tradition.

In 1935 Bontemps accepted a teaching assignment at the Shiloh Academy in Chicago, resigning in 1937 to work for the Illinois Writer's Project. The Caribbean flavor of some of his writing may be traced to a study tour in the Caribbean subsidized by a Rosenwald Fellowship for creative writing received in 1938 and renewed in 1942. His third novel, Drums at Dusk, appeared in 1939; continuing his interest in slave history, it depicts the revolt of blacks in Haiti occurring simultaneously with the French Revolution.

After receiving a master's degree in library science, Bontemps was appointed head librarian at Fisk University in Nashville, Tennessee, where he remained until 1965. While his poetry, fiction, and histories have been widely recognized, perhaps Bontemps's most enduring contribution to African-American literary history lies in the scholarly anthologies he compiled and edited, alone or in collaboration with Hughes. Appealing primarily to high school and college undergraduate students, they include Golden Slippers (1941), a collection of poems by black writers suitable for young readers; The Book of Negro Folklore (1958), a collection of animal tales and rhymes, slave narratives, ghost stories, sermons, and folk songs as well as essays on folklore by Sterling Brown and Zora Neale Hurston; Hold Fast to Dreams: Poems Old and New (1969), an anthology of poems blending without chronological or biographical data works by blacks and whites, English and American authors; Great Slave Narratives (1969); and The Harlem Renaissance Remembered (1972), a collection of eyewitness descriptions of the period accompanied by a memoir by Bontemps.

Bontemps's series of anthologies was capped with a collection of his own poetry in 1963. Personals, consisting of twenty-three poems of the 1920's, remains a moving record of a young black artist exercising his imagination for the first time amid Harlem's turbulent literary and social excitement; it also contains an introductory comment describing the goals of the writers of the period and Bontemps's 1940's reaction to the Harlem milieu of the 1920's. Appropriately titled, the collection reveals the personal wonder of a young man whose consciousness is expanding with the enormous possibilities of self-definition and self-acceptance through art while simultaneously acknowledging a brooding sense of homelessness.

In 1966 Bontemps renewed his ties with Chicago by teaching black studies at the University of Illinois at Chicago Circle. In 1969 he became curator of the James Weldon Johnson Memorial Collection at Yale University, an important repository of original materials from the Harlem Renaissance. By 1971 he was back at Fisk as writer in residence, working on an autobiography he would not live to complete. He died in Nashville of a heart attack on June 4, 1973. 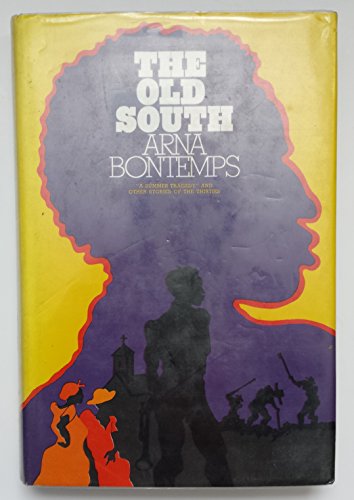 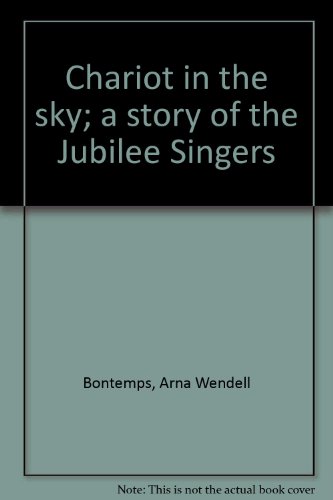 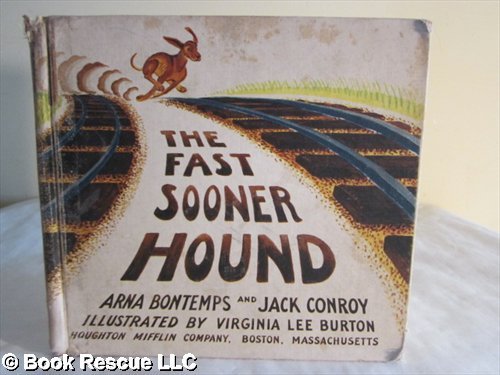 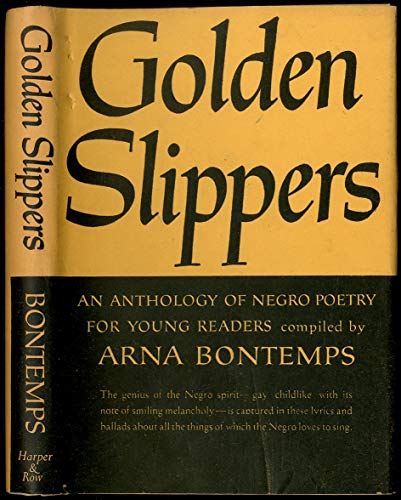 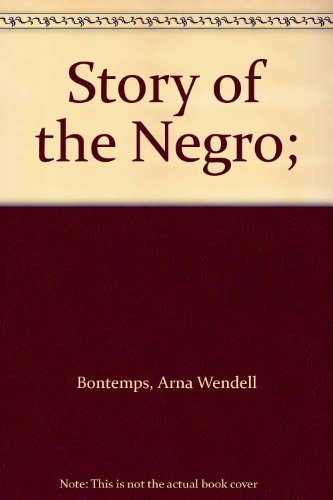 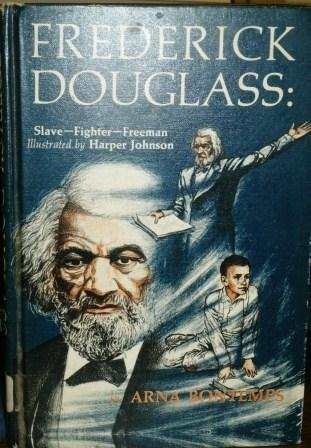 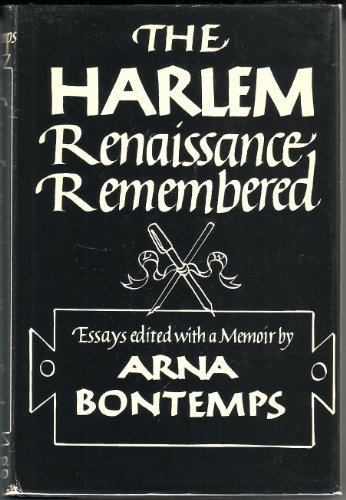 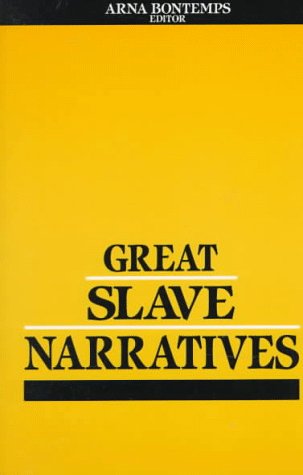 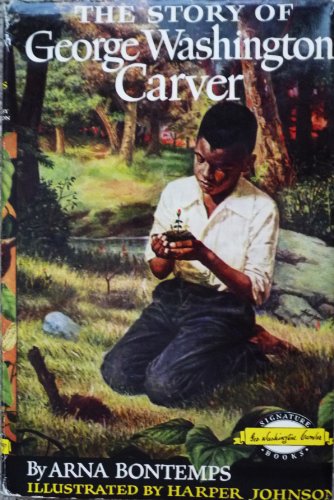 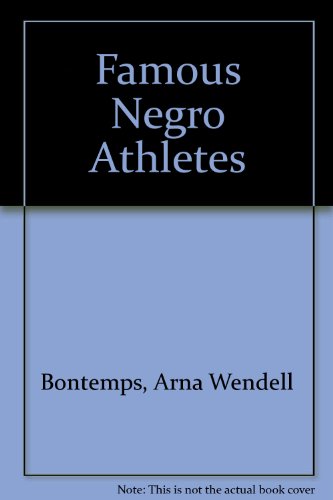 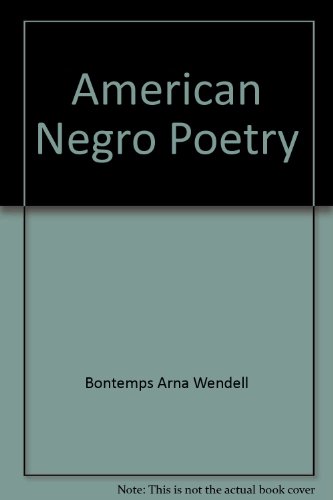 Having married Alberta Johnson on August 26, 1926, Bontemps was now a family man already supporting two of the six children he would eventually father.