Other photo of Barry Robson

Other photo of Barry Robson

Introduction to Proteins and Protein Engineering

(The desire to understand protein structure has been given...)

The desire to understand protein structure has been given new impetus by the explosive growth of biotechnology and the important role of proteins, natural and modified, in this technology. Protein molecules are machines, and protein engineering is opening up a whole new world of machinery on the molecular scale. This work is a simple, but in many ways detailed, introduction, to current knowledge, techniques, and applications. The volume is essentially in two parts, the first half covering a basic introduction to proteins appropriate at the undergraduate and early postgraduate level, which will prove a valuable teaching aid. The second half is a more advanced guide to concepts and methods, covering a range of aspects not previously collected in one volume. It will serve as a background reader and guide for advanced research study. 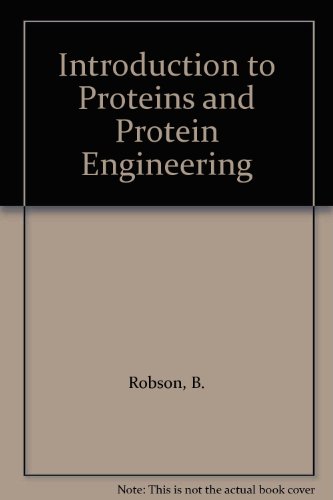