History of the Indies (European perspectives)

(The History of the Indies is a three-volume work begun in...)

The History of the Indies is a three-volume work begun in 1527 while Las Casas was in the Convent of Puerto de Plata. It found its final form in 1561, when he was working in the Colegio de San Gregorio. Originally planned as a six-volume work, each volume describes a decade of the history of the Indies from the arrival of Christopher Columbus in 1492 to 1520, and most of it is an eye-witness account.

A Short Account of the Destruction of the Indies

(Bartolomé de Las Casas was the first and fiercest critic ...)

Bartolomé de Las Casas was the first and fiercest critic of Spanish colonialism in the New World. An early traveller to the Americas who sailed on one of Columbus's voyages, Las Casas was so horrified by the wholesale massacre he witnessed that he dedicated his life to protecting the Indian community. He wrote A Short Account of the Destruction of the Indies in 1542, a shocking catalogue of mass slaughter, torture and slavery, which showed that the evangelizing vision of Columbus had descended under later conquistadors into genocide.

(Five hundred years after Columbus's first voyage to the N...)

Five hundred years after Columbus's first voyage to the New World, the debate over the European impact on Native American civilization has grown more heated than ever. Among the first--and most insistent--voices raised in that debate was that of a Spanish priest, Bartolome de Las Casas, acquaintance of Cortes and Pizarro and shipmate of Velasquez on the voyage to conquer Cuba. In 1552, after forty years of witnessing--and opposing--countless acts of brutality in the new Spanish colonies, Las Casas returned to Seville, where he published a book that caused a storm of controversy that persists to the present day.

(The Apologetic Summary History of the People of These Ind...)

The Apologetic Summary History of the People of These Indies (Spanish Apologética historia summaria de las gentes destas Indias) was first written as the 68th chapter of the General History of the Indies, but Las Casas changed it into a volume of its own, recognizing that the material was not historical. The material contained in the Apologetic History is primarily ethnographic accounts of the indigenous cultures of the Indies – the Taíno, the Ciboney, and the Guanahatabey, but it also contains descriptions of many of the other indigenous cultures that Las Casas learned about through his travels and readings.

Bartolomé de Las Casas lived during the 16th century. He was one of the first people to settle in the New World. He is most famous for being a social reformer who indeed introduced many social reforms to the world never seen before. At first, Bartolomé de Las Casas participated in the persecution of the native people of the New World. But, something made him raise his voice against the terrors the Spanish colonizers did to the Native Americans.

Bartolomé de Las Casas, still at his young age, decided to become a priest. His father was a wealthy man, and he decided to send him to the best schools and colleges that were available at that time. Bartolomé de Las Casas first went to the University of Salamanca, where he studied the Canon Law. He also studied at the University of Valladolid . He got himself two degrees in canon law. The first degree he got in canon law was the bachillerato degree from the University of Salamanca. The second degree he got in canon law was licenciatura at the Univeristy of Valladolid . Just before his first to America, he graduated from two universities and was very fluent in Latin language, both in spoken and written aspect of it. The knowledge of the Latin language later helped Bartolomé de Las Casas throughout his life and career.

In the year of 1502, Bartolomé de Las Casas went for the first time with his father to the Island of Hispaniola. He and his father were part of the expedition of Nicolás de Ovando. When they have arrived at Hispaniola, Bartolome became the owner of several Native American slaves and a „hecendado“. He also received some land in Cibao. After settling on Hispaniola island, Bartolomé de Las Casas took place in several slave trades and exploitations, and he also took part in the military expeditions in order to exploit and persecute indigenous population of Hispaniola - the Tainos. Bartolome also served as the chaplain for the military expeditions of the Spanish army that would conquer various parts of the island of Hispaniola (Cuba).He spent 12 years in the New World. Although he was willing to participate in various military conquests, he didn't remain cold-blooded when he saw what the conquistadors were doing to the indigenous people. In the year of 1510, Bartolomé de Las Casas became a priest.

He was the first ordained Roman Catholic priest in the America. Bartolomé de Las Casas arrived to the New World on 15 April 1502 and settled in Santo Domingo, the Dominican Republic. Back in Santo Domingo, he worked for five years on the holdings of the lands of the indigenous Dominican people. Bartolome lived in Santo Domingo for five years. He was also traveling a lot on the Hispaniola, havng the task of army's provisioner. In that period, Bartolomé de Las Casas witnessed a lot of brutal killing of the native people, exploitation, slavery and many other horrible things. Also, during his military expeditions he had saen in what terrible conditions the indigenous people of the Dominicana were living in. The lives of the indigenous people were abused because they had to mine for gold on their homeland.

Bartolomé de Las Casas spent five years witnessing the terrors comitted on Hispaniola. In 1507 he came back to Spain and was proclaimed as a minister in Seville. He returned to study clergy and priesthood. After the studies, he went to Rome, Italy, and became an ordained priest in the year of 1507. After Christopher Columbus, the discoverer of the New World, had died, Bartolomé de Las Casas went to a private Pope Julius' II audience, together with Christopher Columbus' older brother Bartolomé Columbus. Two Bartolomes arrived at Pope's headquarters. The main interest of this visit was to secure the inheritance of Christopher Columbus' son Diego, as it was promised to him by King Ferdinan and Queen Isabella I. Bartolomé de Las Casas also informed the Holy Father about the terrible things happening out there in the New World and offered him a suggestion to convert the indigenous people to the Catholicism. Later, Bartolomé de Las Casas also completed his studies of canon law and after the studies, he traveled back to Hispaniola.

In the Autumn of 1510, Domincan monks arrived to the newly discovered Hispaniola.. They were led by Dominican fray Pedro de Córdoba. The main reason for these Dominican monks to come to the Hispaniola Island was to stop the right of slaveowners and exploiters for church confession. Dominican monks accused the slaveowners of being injustice and sinful. Bartolomé de Las Casas was also supporting the Dominican monks. In the Winter of 1511, one of the Dominican monks on the Hispana Island served a sermon about the sins of colonizers and the genocide of indigenous people they are attempting to do. In fact, Bartolomé de Las Casas was a very contradictory person. On one hand he supported the Dominicans in their endeavors to forbid the colonists right for confession, and on the other hand, he argued against the Dominicans, saying that enocmienda is God's justice.

In the year of 1513, Bartolomé de Las Casas participated in the conquest of Cuba, under the command of conquistador Diego Velázquez de Cuéllar and Pánfilo de Narváez, also a Spanish conquistador. The Bartolomé conquest campaigns Bartolomé had participated in were Bayamo campaign and Camagüey campaign. He also participated in the bloody Hatuey massacre. Bartolomé de Las Casas witnessed many persecutions and murders of the Cuban native people - the Ciboneys and the Guanahatebeys. He wrote in his journal that he has never seen in his life so much cruelty and immoral than he saw back in Cuba against the native population.

For his serving in the Cuban conquest, Bartolomé de Las Casas was awarded an encomienda abundant with gold and domicile slaves, together with his friend Pablo de la Renteria.

Bartolomé de Las Casas suddenly changed his whole perspective on the conquistadors, colonization, and the Native Americans. While he was preparing the sermon for the Christian holiday Pentecost, he read a passage in the Holy Bible - Wisdom of Sirach 34:18-22 and thought about the meaning of that passage. It seems that the Bible passage he read enlightened Bartolomé. He realized that all the action the conquistadors and colonists did against the domicile population - murders, exploitations, slavery, were a sin, immoral and illegal. He announced that he would abide the encomienda and all of his slaves. Bartolomé tried to convince other conquistadors and colonizers they should stop with their atrocities and find another solution for the native population of the New World, but it was to no avail. With the help of Pedro de Córdoba, and taking Antonio de Montesinos as his company, he left for his homeland Spain to fight for the rights of the Native Americans in September of 1515.

• Protector of the Indians

In the year of 1515, Bartolomé de Las Casas abide his part in enconmienda and got rid of the slaves awarded to him. He went to the office of King Charles V, trying to fight for the rights of the Indies. In 1522 he unsuccessfully tried to make a new form of peaceful colonization on the shores of Venzuela. After his unsuccessful endavours for peaceful settlement, he got himself in the Dominican order and became a Dominican priest. He was living ten years in private as a Dominican priest. After the period of living in private, he traveled to Central America as a Dominican priest in order to evangelize Mayas of the Guatemala. In Mexico, Bartolomé debated together with clergy of Mexico how to bring more natives to the Christian faith. His envdeavors to stop the encomienda system which exploited the Native Americans finally resulted in the publishment of the „New Laws“ in 1542. The New Laws were favorable for the legal status of the Native Americas. By them, the Native Americans could never be used as slaves, and the Indians couldn't be used more as carriers. 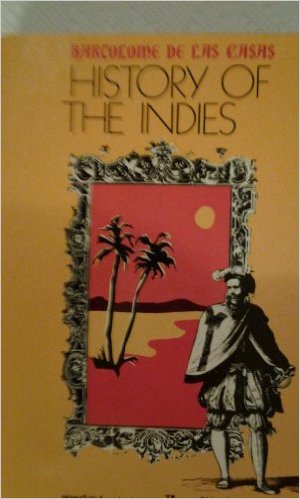 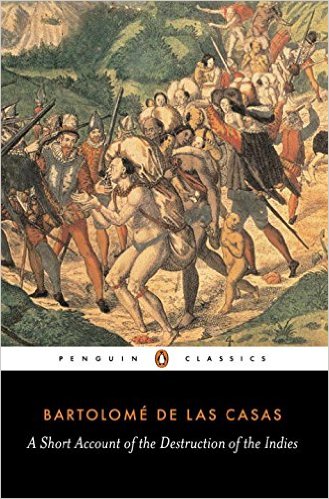 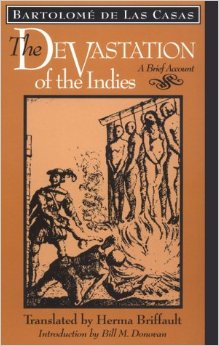 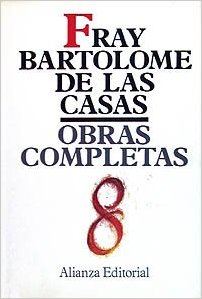 He was a Roman Catholic and also the first Bishop of Chiapas. Bartolomé de Las Casas was the first ordered priest on the American continent. Later, he joined the Dominac order and became a Dominican friar.

Bartolomé de Las Casas was against the Spanish encomienda system that exploited the Native American population. His political views on the immoral of encomienda led to the establishment of New Laws in 1542 which led to a more favorable legal position of Indie slaves.

Bartolomé de Las Casas wanted everyone in the world to be free of slavery and thought that everyone has his right to freedom. He fought like a lion for the rights to freedom of domicile population of the New World.

Bartolomé de Las Casas was humanist and fought for the rights of slaves. He disliked immoral and sins comitted against the domicile population of the Caribbean and the New World. He was a moral person and disliked injustice.

Physical Characteristics: He was baldish and of fragile body constitution. He had bushy curved eyebrows and deeply set round eyes that were radiating peace and love, just like the eyes of a saint.

Bartolomé de Las Casas never married since he was a Catholic priest and the Dominican friar, who are forbidden to enter the marriage. His only family connection was his father Pedro de Las Casas.