(Berta Scharrer co-authored this book together with Ernst ...)

Berta Scharrer co-authored this book together with Ernst A. Scharrer.

(Berta Scharrer edited this work together with H. W. Korf ...)

Edited by Berta Scharrer, E. M. Smith and G. B. Stefano, this work represents an overview of research into the immunoregulatory role, played by opioid and other neuropeptides.

Berta Scharrer is a German-born American biologist, who, together with her husband Ernst Scharrer, pioneered the field of neuroendocrinology — the interaction of the nervous and endocrine systems. She established the concept of neurosecretion through her research with insects and other invertebrates.

Berta Scharrer was born on December 1, 1906, in Munich, Germany. She was a daughter of Karl Phillip Vogel, a vice-president of the federal court of Bavaria, and Johanna (Greis) Vogel. 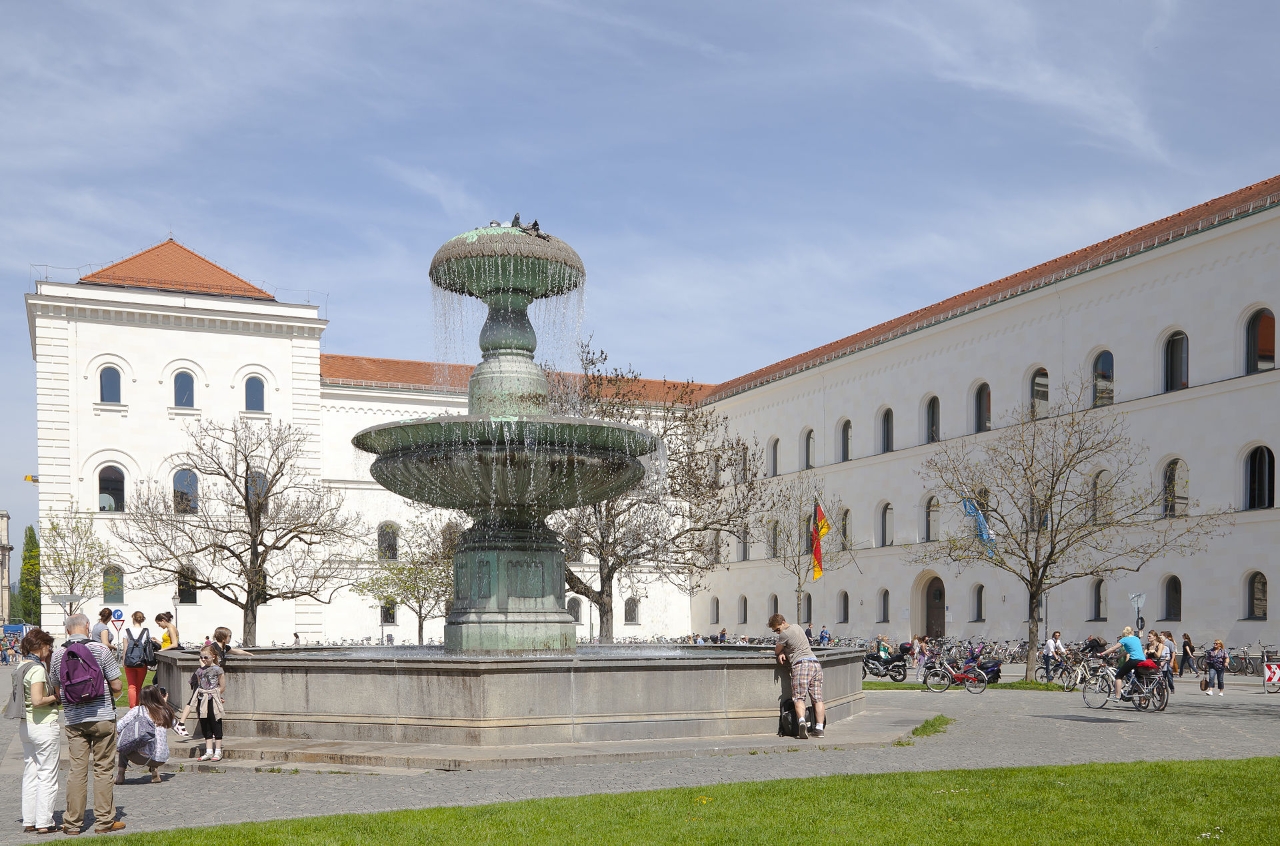 In 1930, upon graduation from the university, Scharrer took a position of a research associate at the Research Institute of Psychiatry (present-day Max Planck Institute of Psychiatry) in Munich, a post she held until 1937. In 1934, she married Ernst Albert Scharrer, a biologist. Together they formed an intellectual and domestic partnership, that would last until Ernst Scharrer’s death in 1965.

In 1928, Ernst Scharrer discovered what he termed nerve-gland cells in a species of fish and made the rather startling hypothesis, that some nerve cells actually were involved in secreting hormonal substances just as cells of the endocrine system do. It was a thesis sure to upset the more conservative members of the scientific community, as the synaptic function between neurons or nerve cells was then thought to be purely electrical. The idea of neurons, having a dual function, was looked on as something of a heresy: either cells secreted hormones, in which case they were endocrine cells, belonging to the endocrine system, or they conducted electrical impulses, making them nerve cells, part of the nervous system.

But what Ernst and Berta Scharrer demonstrated was that there existed an entire class of cells, which performed both functions. The nerve-gland or neurosecretory cells are actually a channel between the nervous system and the endocrine system — an interface between an organism’s environment and its glandular system. Some of the neurohormones, secreted by neurosecretory cells, actually control the release of other hormones via the anterior pituitary gland. To elucidate such action fully, the Scharrers divided up the animal kingdom between them: Ernst Scharrer took the vertebrates and Berta Scharrer the invertebrates.

Working as a research associate at the Neurological Institute of the University of Frankfurt, where her husband was named a director of the Edinger Institute for Brain Research, Scharrer discovered other nerve-gland cells: in mollusks in 1935, in worms in 1936 and in insects, beginning in 1937. But if research into neurosecretion was going well, life in Germany under Hitler was far from positive. The Scharrers decided, in 1937, to immigrate to the United States.

The Scharrers traveled to America via the Pacific, collecting specimens for research along the way. In 1937, they joined the Department of Anatomy at the University of Chicago for a year, and then moved on to New York, where Ernst Scharrer was a visiting investigator at the Rockefeller Institute from 1938 to 1940. Berta continued her insect research in New York, and with her husband, she prepared the results of their research for presentation at the 1940 meeting of the Association for Research in Nervous and Mental Diseases, the first presentation of the concept of neurosecretion in the United States, and one, that was warmly received.

In 1938, Ernst Scharrer also took a position of an assistant professor in the anatomy department of Western Reserve University School of Medicine in Cleveland, Ohio, a post he would hold until 1946. The same year, in 1938, Berta Scharrer was appointed a histology laboratory assistant at the same University School of Medicine in Cleveland, a post she held till 1940. Also, it was during these years, that Berta accomplished some of her most important research into the localization of neurosecretory cells and their role in animal development, using the South American cockroach, Leucophaea maderae, as her research subject.

After the Second World War, Ernst Scharrer accepted a position at the University of Colorado Medical School in Denver, and Berta Scharrer won a Guggenheim Fellowship to continue her research, becoming an assistant professor at the same medical school in 1947. The next years were professionally important, for the theory of neurosecretion was beginning to be accepted around the world, especially after a German scientist was able to successfully stain neurosecretory granules — the packaging for neurohormones, which some neurons secrete. Thus, it became possible to study the fine structure of such granules and follow their course upon secretion. Neurosecretion became an accepted fact, actually the cornerstone of the emerging field of neuroendocrinology. By 1950, it had also become an accepted fact, that a chemical transmission took place at the synapse along with electrical charge. These advancements not only confirmed the Scharrers' work, but also paved the way for advances in their research. Berta Scharrer applied the new findings to her own work on the maturation of the ovarian systems of her South American cockroaches with results, that verified earlier findings in the endocrinology of invertebrates.

In 1955, the Scharrers were offered joint positions at the new Albert Einstein College of Medicine at Yeshiva University in New York: Ernst as a head of the department of anatomy, and Berta as full professor of anatomy in the same department, a post she held till 1978. This was the first real professional recognition for Berta Scharrer, and the couple left Denver for New York. There, Berta taught histology — the microscopic structure of tissues — and continued with research into insect glands. Using the electron microscope, she was able to accomplish some of the earliest detailing of the insect nervous system and especially the neurosecretory system. Together with her husband, she published the work "Neuroendocrinology" in 1963, one of the basic texts in the new discipline. Tragically, her husband died in a swimming accident in Florida in 1965, but Berta Scharrer carried on with their research, acting as a chair of the department of anatomy from 1965 till 1967, when a successor was found.

Scharrer also went on to elucidate the fine structure of the neurosecretory cell — composed of a cell body, projecting dendrites, the extending long axon and synaptic contacts at one end, just as in other neurons or nerve cells. Additionally, neurosecretory cells have special fibers, allowing for feedback, as well as neurohemal organs — the point, at which the neurohormones pass into the blood stream. Neurosecretory cells, it was shown, can affect targets, contiguous with them or distant, through the blood stream, as with other hormones. Scharrer also investigated the make-up of the secretory material, discovering, that it was a peptide or polypeptide — a combination of amino acids. Berta’s later research dealt with the immunoregulatory property of neuropeptides, or the relationship between the immune and nervous systems in invertebrates.

In 1978, she was made a professor emerita of anatomy and neuroscience at Albert Einstein College of Medicine. However, Berta continued to conduct her research and teach at the college almost until her death. 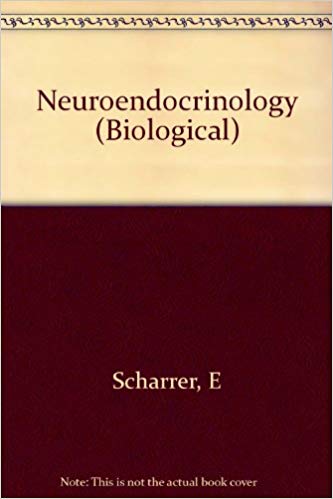 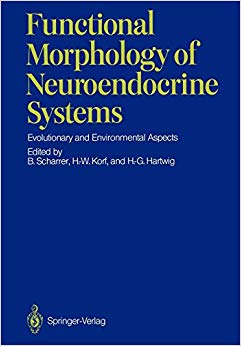 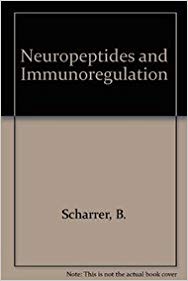 In 1934, Berta married Ernst Albert Scharrer, a biologist, who died in a swimming accident in 1965. Their marriage produced no children.