Other photo of Carl Shapiro

Information Rules: A Strategic Guide to the Network Economy

Foreign the Boston philanthropist, see Carl J. Shapiro. Foreign the poet, see Karl Shapiro. He is the co-author, along with Hal Varian, of Information Rules: A Strategic Guide to the Network Economy, published by the Harvard Business School Press.

On February 23, 2011, the Wall Street Journal reported that President Barack Obama intended to nominate Shapiro to his Council of Economic Advisers.

Shapiro served as Deputy Assistant Attorney General for Economics in the Antitrust Division of the United States. Department of Justice (1995–1996). He is a Senior Consultant with Charles River Associates and has consulted extensively for a wide range of private clients as well as for the United States. Department of Justice and the Federal Trade Commission.

He also coined the term essential patent to cover a patent that was required to practice a given industry standard. 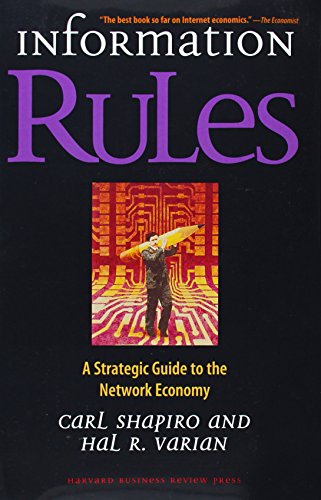