(“The best autobiography ever written by an actor. An asto...)

“The best autobiography ever written by an actor. An astonishing work.” —Chicago Tribune Chaplin’s heartfelt and hilarious autobiography tells the story of his childhood, the challenge of identifying and perfecting his talent, his subsequent film career and worldwide celebrity. In this, one of the very first celebrity memoirs, Chaplin displays all the charms, peculiarities and deeply-held beliefs that made him such an endearing and lasting character. Re-issued as part of Melville House’s Neversink Library, My Autobiography offers dedicated Chaplin fans and casual admirers alike an astonishing glimpse into the the heart and the mind of Hollywood’s original genius maverick. Take this unforgettable journey with the man George Bernard Shaw called “the only genius to come out of the movie industry” as he moves from his impoverished South London childhood to the heights of Hollywood wealth and fame; from the McCarthy-era investigations to his founding of United Artists to his “reverse migration” back to Europe, My Autobiography is a reading experience not to be missed.

Charlie Chaplin was an English film actor, director, producer, writer, and composer, who rose to fame in the era of silent film. Chaplin became a worldwide icon through his screen persona "the Tramp" and is considered one of the most important figures in the history of the film industry.

Charlie Chaplin was born on April 16, 1889 in London, England, the son of Charles Chaplin and Hannah Harriet Pedlingham Hill. Both of Chaplin's parents sang in English music halls, his mother under the stage name Lily Harley. Chaplin's childhood was unstable. Charles, Sr. , separated from the family in 1890 and provided only minimal and sporadic support for his son after that time. An alcoholic, he died in 1901 at the age of thirty-seven. After ending her singing career, his mother tried to support Chaplin and his half-brother Sydney through sewing. From 1895 on, she was in and out of hospitals and asylums with physical and emotional problems. For the next five years, Chaplin and his brother Sydney lived in a variety of homes and institutions, including the Lambeth workhouse.

Chaplin received his only four years of (intermittent) formal education. 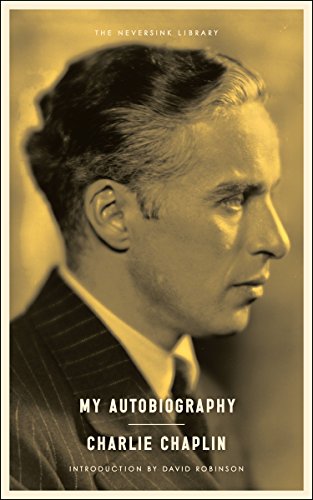 Chaplin's first marriage, to Mildred Harris on October 23, 1918, began to break up after their only child died three days after its birth in July 1919. A divorce was granted in November 1920.

During the production of his next feature, The Circus (1928), Chaplin's second marriage began to fail. He and Lita Grey had married on November 26, 1924; they had two children.

Chaplin had secretly married actress Paulette Goddard (the female lead of both Modern Times and The Great Dictator) in 1936, and he met Barry in 1941, the same year he and Goddard decided to divorce amicably for professional reasons. In June 1943, Barry charged that Chaplin was the father of the child she expected in October. Shortly before blood tests proved in February 1944 that Chaplin was not the father of Barry's child, a federal grand jury in Los Angeles indicted Chaplin on four counts, including the Mann Act (which prohibited transporting a woman across state lines for sexual purposes) and violations of Barry's civil rights. Chaplin pleaded not guilty on all counts and was found not guilty on the Mann Act charges. The other federal charges were dropped. After the first paternity suit ended in a hung jury, Chaplin was found guilty in the second trial, despite the blood tests, which were then inadmissible evidence in California state courts. Press coverage of the charges and the trials was extensive, helping to portray Chaplin as a womanizer, an image reinforced when the fifty-four-year-old Chaplin, shortly after the charges were first filed, married eighteen-year-old Oona O'Neill, the daughter of playwright Eugene O'Neill, on June 16, 1943. Chaplin's public reputation also suffered because of his public political activities.