Copyright date 1985, 1st edition, 2nd printing. Illustrated with black-and-white photographs. Red cover over boards with gold lettering on the spine. No tears, bent pages, a presentation note signed by the author on the inside flyleaf. Dust jacket no bent flaps, light where along the edges, small crease and small tear to the head of the spine. Light sunning to the spine, dust jacket is now in a clear protective cover. Also a coping the book will be a letter with the Charles J. Wallman letterhead and signed by him to a dear friend Woody. Mr. Brandt and his imaginative mind conceived a coin paying machine that became known as the Brandt, automatic cashier. Edward J Brandt was granted a total of 79 United States patents, as well as a significant number in foreign countries. This book tells his story. Text and illustrations are bright and clean, binding is secure, a solid book. 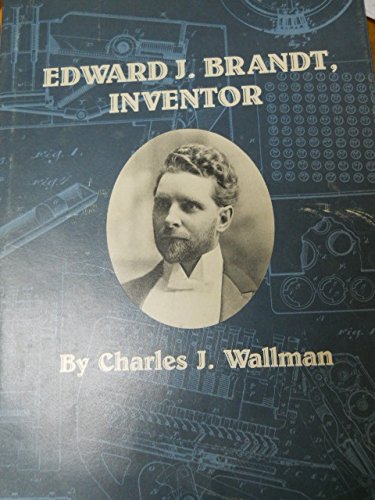