Singularities: Landmarks on the Pathways of Life

(Erwin Schrödinger's What is Life? published 60 years ago,...)

Erwin Schrödinger's What is Life? published 60 years ago, influenced much of the development of molecular biology. In this new book Christian De Duve, Nobel Laureate and pioneer of modern cell biology, presents a contemporary response to this classic, providing a sophisticated consideration of the key steps or bottlenecks that constrain the origins and evolution of life. De Duve surveys the entire history of life, including insights into the conditions that may have led to its emergence. He uses as landmarks the many remarkable singularities along the way, such as the single ancestry of all living beings, the universal genetic code, and the monophyletic origin of eukaryotes. The book offers a brief guided tour of biochemistry and phylogeny, from the basic molecular building blocks to the origin of humans. Each successive singularity is introduced in a sequence paralleling the hypothetical development of features and conditions on the primitive earth, explaining how and why each transition to greater complexity occurred.

(In just a half century, humanity has made an astounding l...)

In just a half century, humanity has made an astounding leap in its understanding of life. Now, one of the giants of biological science, Christian de Duve, discusses what we've learned in this half century, ranging from the tiniest cells to the future of our species and of life itself. With wide-ranging erudition, De Duve takes us on a dazzling tour of the biological world, beginning with the invisible workings of the cell, the area in which he won his Nobel Prize. He describes how the first cells may have arisen and suggests that they may have been like the organisms that exist today near deep-sea hydrothermal vents. Contrary to many scientists, he argues that life was bound to arise and that it probably only took millennia--maybe tens of thousands of years--to move from rough building blocks to the first organisms possessing the basic properties of life. With equal authority, De Duve examines topics such as the evolution of humans, the origins of consciousness, the development of language, the birth of science, and the origin of emotion, morality, altruism, and love. He concludes with his conjectures on the future of humanity--for instance, we may evolve, perhaps via genetic engineering, into a new species--and he shares his personal thoughts about God and immortality. In Life Evolving, one of our most eminent scientists sums up what he has learned about the nature of life and our place in the universe. An extraordinarily wise and humane volume, it will fascinate readers curious about the world around them and about the impact of science on philosophy and religion.

Vital Dust: The Origin and Evolution of Life on Earth

(Is the emergence of life on Earth the result of a single ...)

Examines the cell's outer and inner membranes, organelles, and nucleus, and explains how the ribosomes, nucleic acids, genes, and chromosomes work

Christian Rene was a Belgian cytologist and biochemist who discovered lysosomes and peroxisomes.

Christian de Duve was born on October 2, 1917 in Thames Ditton, England, the son of Alphonse de Duve and Madeleine Pungs.

As a child, de Duve journeyed throughout Europe, picking up three foreign languages in the process, and in 1934 enrolled in the Catholic University of Louvain, where he received an education in the “ancient humanities.” Deciding to become a physician, he entered the medical school of the university. Finding the pace of medical training relaxed, and realizing that the better students gravitated to research labs, de Duve joined J. P. Bouckaert’s group. Here he studied physiology, concentrating on the hormone insulin and its effects on uptake of the sugar glucose. De Duve’s experiences in Bouckaert’s laboratory convinced him to pursue a research career when he graduated with an M.D. in 1941. He received his Doctor of Philosophy degree in 1945 at the same university, earning Master of Science degree from it next year. He studied with Hugo Theorell at the Medical Nobel Institute in Stockholm for eighteen months, then spent six months with Carl Ferdinand Cori, Gerty Cori, and Earl Sutherland at Washington University School of Medicine in St. Louis. 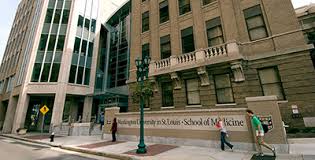 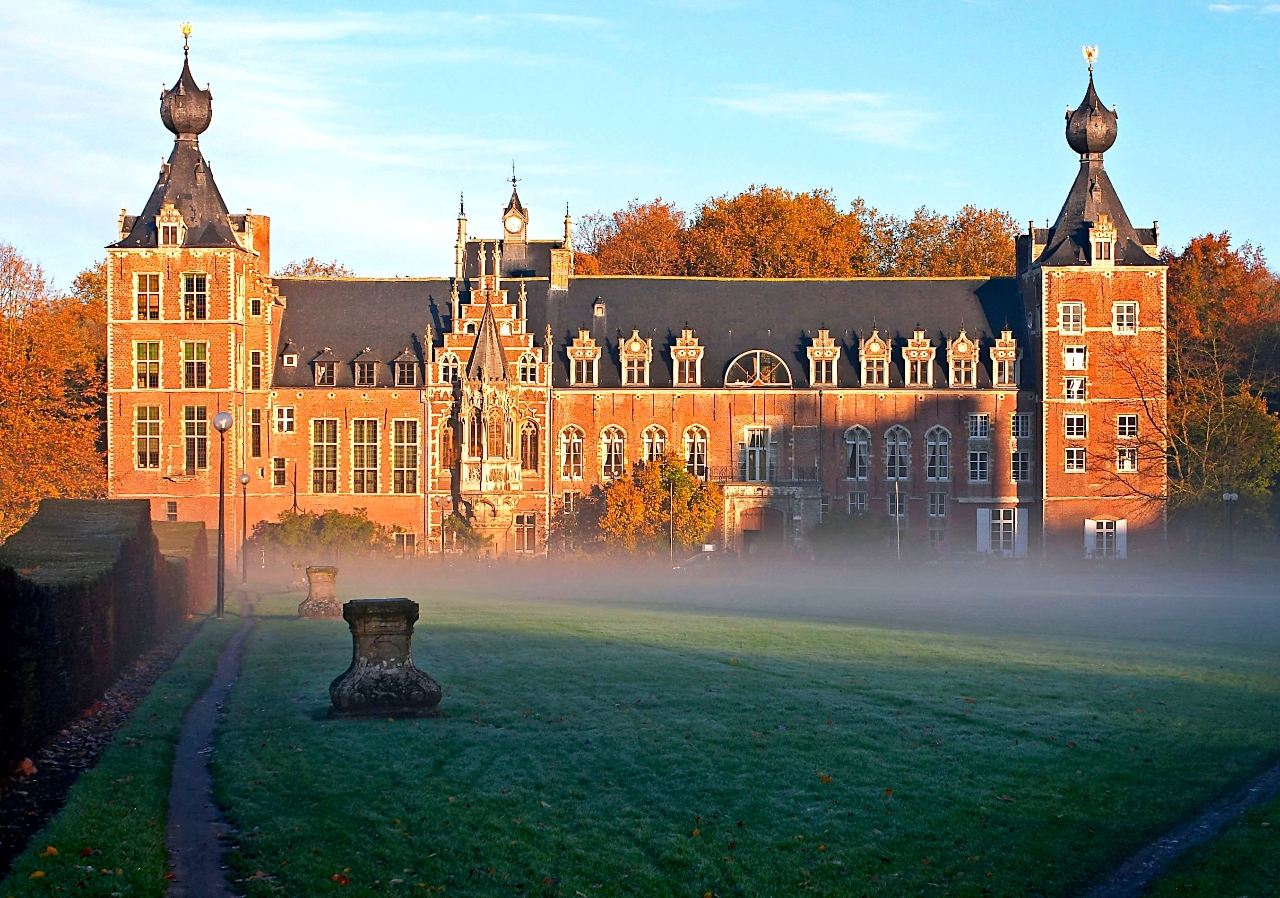 In Christian's early postdoctoral years he worked closely with no less than four future Nobel Prize winners. It is not surprising that, after this hectic period, de Duve was happy to return to Louvain in 1947 to take up a faculty post at his alma mater teaching physiological chemistry at the medical school. In 1951, de Duve was appointed full professor of biochemistry. As he began his faculty career, de Duve’s research was still targeted at unraveling the mechanism of action of the anti-diabetic hormone, insulin. While he was not successful at his primary effort (indeed the answer to de Duve’s first research question was to elude investigators for more than thirty years), his early experiments opened new avenues of research.

As a consequence of investigating how insulin works in the human body, de Duve and his students also studied the enzymes involved in carbohydrate metabolism in the liver. It was these studies that proved pivotal for de Duve’s eventual rise to scientific fame. In his first efforts, he had tried to purify a particular liver enzyme, glucose-6-phosphatase, that he believed blocked the effect of insulin on liver cells. Many enzymes would solidify and precipitate out of solution when exposed to an electric field. Most could then be redissolved in a relatively pure form given the right set of conditions, but glucose-6-phosphate stubbornly remained a solid precipitate. The failure of this electrical separation method led de Duve to try a different technique, separating components of the cell by spinning them in a centrifuge, a machine that rotates at high speed. De Duve assumed that particular enzymes are associated with particular parts of the cell. These parts, called cellular organelles (little organs) can be seen in the microscope as variously shaped and sized grains and particles within the body of cells. It had long been recognized that there existed several discrete types of these organelles, though little was known about their structures or functions at the time.

The basic principles of centrifugation for separating cell parts had been known for many years. First cells are ground up (homogenized) and the resultant slurry placed in a narrow tube. The tube is placed in a centrifuge, and the artificial gravity that is set up by rotation will separate material by weight. Heavier fragments and particles will be driven to the bottom of the tube while lighter materials will layer out on top. At the time de Duve began his work, centrifugation could be used to gather roughly four different fractions of cellular debris. This division proved to be too crude for his research, because he needed to separate out various cellular organelles more selectively.

For this reason, de Duve turned to a technique developed some years earlier by fellow-Belgian Albert Claude while working at the Rockefeller Institute for Medical Research. In the more common centrifugation technique, the cells of interest were first vigorously homogenized in a blender before being centrifuged. In Claude’s technique of differential centrifugation, however, cells were treated much more gently, being merely ground up slightly by hand prior to being spun to separate various components.

When de Duve used this differential centrifugal fractionation technique on liver cells, he did indeed get better separation of cell organelles, and was able to isolate certain enzymes to certain cell fractions. One of his first findings was that his target enzyme, glucose-6-phosphatase, was associated with microsomes, cellular organelles which had been, until that time, considered by cell biologists to be quite uninteresting. De Duve’s work showed that they were the site of key cellular metabolic events. Further, this was the first time a particular enzyme had been clearly associated with a particular organelle.

De Duve was also studying an enzyme called acid phosphatase that acts in cells to remove phosphate groups (chemical clusters made up of one phosphorus and three oxygen atoms) from sugar molecules under acidic conditions. The differential centrifugation technique isolated acid phosphatase to a particular cellular fraction, but measurements of enzyme activity showed much lower levels than expected. De Duve was puzzled. What had happened to the enzyme? He and his students observed that if the cell fraction that initially showed this low level of enzyme were allowed to sit in the refrigerator for several days, the enzyme activity increased to expected levels. This phenomenon became known as enzyme latency.

De Duve believed he had a solution to the latency mystery. He reasoned that perhaps the early, gentle hand-grinding of differential centrifugation did not damage the cellular organelles as much as did the more traditional mechanical grinding. What if, he wondered, some enzymes were not freely exposed in the cells’ interiors, but instead were enclosed within protective membranes of organelles. If these organelles were not then broken apart by the gentle grinding, the enzyme might still lie trapped within the organelles in the particular cell fraction after centrifugation. If so, it would be isolated from the chemicals used to measure enzyme activity. This would explain the low initial enzyme activity, and why over time, as the organelles’ membranes gradually deteriorated, enzyme activity would increase.

De Duve realized that his ideas had powerful implications for cellular research. By carefully observing what enzymes were expressed in what fractions and under what conditions, de Duve’s students were able to separate various enzymes and associate them with Particular cellular organelles. By performing successive grinding and fractionations, and by using compounds such as detergents to break up membranes, de Duve’s group began making sense out of the complex world that exists within cells.

De Duve eventually uncovered more associations between enzymes and organelles. The enzyme monoamine oxidase, for example, behaved very similarly to the enzymes of the lysosome, but de Duve’s careful and meticulous investigations revealed minor differences in when and where it appeared. Christian eventually showed that monoamine oxidase was associated with a separate cellular organelle, the peroxisome. Further investigation led to more discoveries about this previously unknown organelle. It was discovered that peroxisomes contain enzymes that use oxygen to break up certain types of molecules. They are vital to neutralizing many toxic substances, such as alcohol, and play key roles in sugar metabolism.

His group discovered that certain diseases result from cells’ inability to properly digest their own waste products.

In 1962 de Duve joined the Rockefeller Institute (now Rockefeller University) while keeping his appointment at Louvain. In 1971 de Duve formed the International Institute of Cellular and Molecular Pathology, affiliated with the University at Louvain. Research at the institute focuses on incorporating the findings from basic cellular research into practical applications. 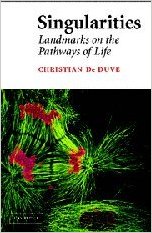 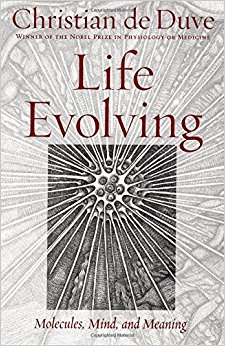 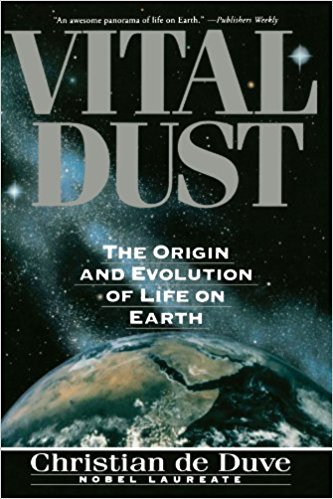 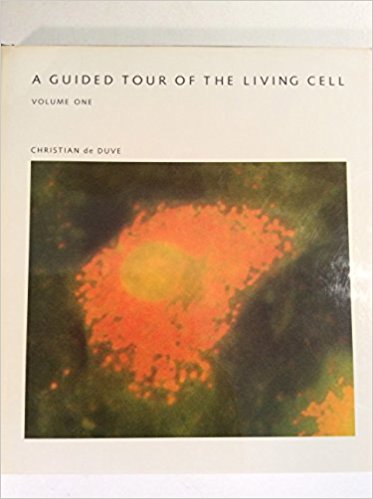 De Duve was founding member of the American Society for Cell Biology and he was a member of the United States National Academy of Sciences.