(The biography of Washington written by his close friend a...)

David Humphreys was an American soldier, statesman, and poet.

Daniel Humphrey was a graduate of Yale in the class of 1732, a capable scholar, and much beloved in the Congregational church of Derby. David entered Yale College at the age of fifteen, in the class of 1771, and at once manifested his energetic and somewhat showy taste for public activity and oratory. Even in these days he was known as the upholder of the "respectability and rights of the Freshmen. " Although in a different class in college, while at Yale he knew well John Trumbull, the poet, and Joel Barlow, whose career resembled his own. His most enduring friendship of college days was with Timothy Dwight. He received the degree of Master of Arts from Yale in 1774.

After a brief interval of schoolmastering in Wethersfield, Connecticut, and at Philipse Manor, on the Hudson River, he declined a position as tutor at Yale, and in 1776 he volunteered as adjutant of the 2nd Connecticut militia regiment. "Adieu, " he wrote, "thou Yale, where youthful poets dwell. " He was already moved by an ardent and rather unthinking patriotism, which found expression, in speeches, an enormous correspondence, and sonorous verse: "Adieu thou Yale, . .. Hear ye the din of battle? Clang of arms?" At about this time, also, began his lifelong devotion to the Commander-in-Chief of the American armies, that won him the title which followed him everywhere in his career, "belov'd of Washington. " Humphreys' record in the army during the Revolution was brilliant; at the age of twenty-five he was a brigade major, and at twenty-eight a lieutenant-colonel and aide-de-camp to Washington.

He had a natural talent for military science, and there are few more intelligent contemporary pictures of certain important campaigns, notably the battle of Long Island and the retreat from Harlem, than those contained in his Essay on the Life of the Honorable Major-General Israel Putnam (1788). In this he wrote as he fought, coolly and vigorously, and the book remains a testimonial to Putnam, to the effort and sacrifice of those stirring days, and to Humphreys' own victorious good sense. This Essay alone is sufficient to explain the confidence that Humphreys inspired in both his own soldiers and in his superior officers. The greatest reward of his practical capacity was not so much his fame among patriots as the warm personal friendship of Washington, more important for Humphreys' future than the fact that he ended the war as lieutenant-colonel.

He appeared with the Commander-in-Chief in imposing paintings of the American general's staff; he celebrated Washington in verse; and he visited him at Mount Vernon. On May 24, 1784, he accepted – it was the beginning of his career as diplomat – the "Secretaryship to the Commission for Negotiating Treaties of Commerce with Foreign Powers, " and within three months was in Paris, discussing with Benjamin Franklin the duties of his new office. For the minister's son from Derby, Connecticut, the "circle of noble and Literary Characters" (all of whom, he tactfully assured Washington by letter, "are passionate admirers of your glory") was a new and colorful experience, but he was unabashed. His energy and practical sense served him well, and the two years in France and England, whether at the King's levees or at the dinners of the Duke of Dorset, strengthened the habit of success with which nature seems to have endowed him. His biographer says that he "returned with added grace of manner and polish of speech; but with the same strong patriotism and desire for America's glory as when he had fought in her battles".

After stays at Mount Vernon with his "Dear General, " he was elected in 1786 a member of the Assembly of Connecticut, and in the same year he was appointed commandant of a new regiment created for operations, should these be necessary, against the Indians on the middle-western frontier. Amid all the tumult of these years of conventions, rebellions, political controversies, and animadversions against the new government, Humphreys by letter, oration, and poem upheld the principles of Washington. In 1790, when war threatened between Spain and England, he was chosen as a special secret agent to obtain information for the American government, at London, Lisbon, and Madrid. His letters from Europe to Thomas Jefferson, then secretary of state, show his capacity for this new task, and also reveal the interesting relations of the new republic to the intrigues of the old European nations. He achieved, in an amateur way, considerable knowledge of Spanish and Portuguese affairs, and out of his mission came his appointment in 1793 as sole commissioner in Algerine affairs, and his appointment three years later as minister plenipotentiary to Spain.

Humphreys' sagacity in public affairs had won him success in Spain and Portugal. One triumph was his successful negotiation, in conjunction with Joel Barlow, of a treaty with the Algerine states for the freeing of American prisoners. He was now one of the Royal Society of London, and he enjoyed the intimacy of the Duc de la Roche-foucauld-Liancourt. Nevertheless, in 1801, the new president, Jefferson, recalled him abruptly. He returned in the spring of 1802 laden with honors, with a belt and sabre presented him by the Dey of Algiers, and plans to improve the breed of sheep in New England. One sees him, not without amusement, bringing his famous merinos across Spain and Portugal, leading them into his well-named sloop, Perseverance, sailing with them across the ocean, and up the Housatonic River to Derby, and receiving, in the same year, the gratitude of Connecticut farmers and a gold medal from the Massachusetts Society for Promoting Agriculture.

Humphreys' tremendous energy was exceeded apparently only by the variety of his interests. In the year of his return he moved to Boston. His career now took on the air of the retired soldier, statesman, and successful merchant. In 1806 and 1807 he again traveled in Europe, but his chief interest during these last years was in mills for the manufacture of cloth, at Humphreysville, near Derby, of which his political enemy, Thomas Jefferson, became a patron. Their success was partly a result of the importation of the merino sheep, some of which brought in the market the sum of two thousand dollars each. The capital stock of the Humphreysville Manufacturing Company in 1810 was $500, 000. Humphreys was, in addition, still active in the affairs of his country.

During the War of 1812 he became captain-general of Veteran Volunteers, wrote addresses to the President, and, as usual, supported the powers of conservatism. At the end we see him, in his prosperous home in Boston, with Madame Humphreys, a very incarnation of those conservative ideals of the eighteenth century in America for which he fought. "I remember him, " wrote a lady who as a little girl knew him at this time: "in a blue coat with large gold buttons, a buff vest, and lace ruffles around his wrists and in his bosom. His complexion was soft and blooming like that of a child, and his gray hair, swept back from the forehead, was gathered in a cue behind and tied with a black or red ribbon. His white and plump hands I recollect well, for whenever he met me they were sure to ruffle up my curls, and sometimes my temper". To the very last, Humphreys rendered characteristic services to state and church, to the historical society and the farmer of New England, to the President of his country, and to the workman of his factory, always with the same tireless, somewhat impersonal benevolence. This mood of grandiose altruism is still more apparent in a lesser but quite as interesting side of his nature, active throughout this career of public service.

Humphreys was a poet; he has a place in the history of American literature. It was like him that he classed in his matter-of-fact way the art of writing with that of saving nations or raising sheep. His prose, such as the letters, the biography of Putnam, and his various speeches, is the natural expression of a mind in which fancy, humor, and the higher qualities of the imagination are conspicuously absent. His poetry, which he composed with the same calm assurance in his own ability, makes us feel less the influence of Pope, of whom he was a disciple, than the temper of his age, which could believe the raising of sheep a delightful subject for the Muse. In the writing of verse he was a persistent journeyman; he wrote it out with the same order and urbanity with which he carved the chicken for Washington's family at Mount Vernon.

His interest in poetry had begun in college, and in 1779 he wrote his stiff and sanguinary "Elegy on the Burning of Fairfield in Connecticut. " His first serious effort, however, was A Poem Addressed to the Armies of the United States of America (1780), a compound of patriotism and doggerel, and an unconscious parody on Addison and Pope. The year 1786 brought forth A Poem on the Happiness of America: Addressed to the Citizens of the United States of America. This poem begins with an invocation to the "Genius of Culture, " calls on Congress to encourage labor, exhorts Washington to protect manufacture, and invites all American ladies to set examples of home manufacture: "First let the loom each lib'ral thought engage/ Its labours growing with the growing age /Then rous'd from lethargies – up! men! increase, /In every vale, on every hill, the fleece!" The 1804 edition of The Miscellaneous Works of Col. Humphreys includes his "Poem on the Future Glory of the United States. "

Most of Humphreys' poetry is worthless, and innumerable examples might be cited of his foolish rhymes, pompous diction, and ridiculous subjects; yet he had a certain fluency and at times wit, as is shown by his participation in the famous satire, "The Anarchiad" (The New Haven Gazette and the Connecticut Magazine, October 1786-September 1787), as well as by certain clever bagatelles, such as "The Monkey. " It is unlikely that Humphreys took himself very seriously as a poet, and he would probably be surprised to find himself included in anthologies of American poetry. In literature he is linked with our first literary coterie, with his friends Barlow and Trumbull and Dwight, and he is not wholly unworthy of the distinction. The explanation of his interest in poetry is connected with his ideals for his country and himself: a gentleman, a Federalist, a patriot who knew the pen as well as the sword. 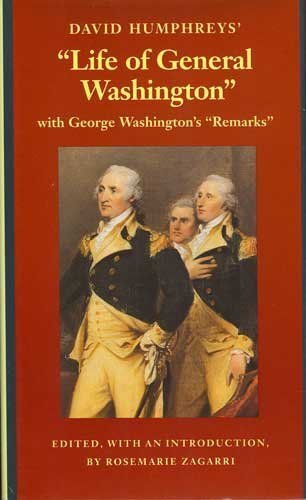 He was elected a Fellow of the Royal Society of London in June 1807. In 1813, Humphreys was also elected a member of the American Antiquarian Society.

A poet and author, he was one of the "Hartford Wits. "

In 1797 he wrote Washington of his engagement to Ann Frances, daughter of John Bulkeley, a lady, he told the General, who has "formed exactly that opinion of you which she ought to entertain. "