For Musicians Only (Bonus Track Version)

The Best of Dizzy Gillespie

The Best Of Dizzy Gillespie 3 CD

Dizzy Gillespie was an American jazz trumpeter, bandleader, composer, and singer. He is considered to be one of the greatest jazz trumpeters of all time by critics and jazz fans. This collection features many of his greatest hits like 'Salt Peanuts , Manteca , All The Things You Are , Groovin' High , A Night In Tunisia and many others. 3 discs, 40 tracks in all.

Night In Tunisia: The Very Best Of Dizzy Gillespie

Gillespie was born in Cheraw, South Carolina, the youngest of nine children of James and Lottie Gillespie. James was a local bandleader, so instruments were made available to the children. Gillespie started to play the piano at the age of four. From the night he heard his idol, Roy Eldridge, play on the radio, he dreamed of becoming a jazz musician.

He received a music scholarship to the Laurinburg Institute in North Carolina which he attended for two years before accompanying his family when they moved to Philadelphia.

In Philadelphia Gillespie learned Eldridge’s trumpet solos from fellow trumpeter Charlie Shavers. It was then that Gillespie earned his nickname for his erratic and mischievous behavior. When Gillespie was in the Frankie Fairfax band in Philadelphia he carried his new trumpet in a paper bag; that inspired fellow musicians like Bill Doggett to call him “Dizzy. ” While Gillespie himself acknowledges the paper bag incident, he says the nickname didn’t stick until later.

Gillespie’s basic style of solo trumpet playing at that time involved “running them changes”—improvising on chord changes in a song and introducing new chord changes based on the song’s melody. He had taught himself piano and used the instrument to experiment with new melodies and chord changes. When he went to New York in 1937 he did not have a specific job, but was introduced to other musicians by Shavers. Gillespie joined in jam sessions, sometimes after hours at clubs in Harlem like Monroe’s Uptown House and Dicky Wells’s. He would also sit in with bands; while jamming one night with Chick Webb’s band at the Savoy Ballroom, Gillespie met Mario Bauza, a Cuban trumpeter who introduced him to Latin rhythms.

Within a year Gillespie was hired by the Teddy Hill Orchestra for a European tour when the regular trumpet player didn’t want to go. Hill probably liked Gillespie’s style, which was similar at that time to Roy Eldridge’s; Eldridge had left Hill’s band to join Fletcher Henderson. By 1937—when he was only 19—Gillespie had already made a name for himself among New York musicians, who couldn’t help but notice his radically fresh take on solo trumpet playing: he utilized the upper register of notes above high C. played with great speed, and used new rhythms and chord changes. Gillespie made his first recordings with the Teddy Hill Orchestra just prior to leaving on a European tour with a revue that featured talent from Harlem’s famed Cotton Club.

Gillespie joined the Cab Calloway Orchestra in 1939 and stayed until 1941. Gillespie wrote in his memoir, “It was the best job that you could possibly have, high class. ” Calloway played the Cotton Club and toured extensively. During this period Gillespie continued to play all-night jam sessions at Minton’s and Monroe’s Uptown House to develop his musical knowledge and style. In 1939 the most in-demand trumpet players for recording dates in New York were Eldridge, Shavers, and Buck Clayton. Gillespie was fourth on the list, but somehow managed to land a recording date with Lionel Hampton, which resulted in the famed “Hot Mallets” session. In this session Gillespie became the first musician to record in the modern jazz style with a small group. Lionel Hampton said of the session, as quoted in Gillespie’s book, “[Gillespie] came out with a new style, came out with a bebop style. He came out with a different style than we’d ever heard before. A lot of people don’t know that was the creation of bebop, the beginning of bebop. “Of course, it wasn’t called bebop just yet.

Gillespie left Calloway in 1941 following a misunderstanding. During a performance someone from the vicinity of the trumpet section was having fun aiming spitballs at the bandleader, who was singing in front of the band at the time. Naturally Calloway assumed Gillespie was responsible. By most accounts, however, Gillespie was completely innocent and had been set up. Words led to action; Gillespie pulled a knife on Calloway and actually cut him a few times. While the two later reconciled and remained friends, Gillespie was forced to leave the band. This well-known incident illustrates the flip side of Gillespie’s jovial personality; he often found himself in situations where he might need to defend himself, and was fully prepared to do so.

Gillespie joined the Earl “Fatha” Hines band in 1942, about the same time Charlie Parker did. Although Parker became famous as an alto saxophonist, he was playing tenor sax at that time. Gillespie first met Parker in Kansas City in 1940 when he was on tour with Cab Calloway. The two of them jammed together at the Booker Washington Hotel for several hours. Gillespie ventured in To Be or Not to Bebop, “I guess Charlie Parker and I had a meeting of the minds, because both of us inspired each other. ” They spent a lot of time together during their stint with the Hines band.

By the time he joined Hines, Gillespie had composed “A Night in Tunisia, ” one of his most famous songs. He was also writing arrangements for other bandleaders, including Hill, Calloway, Jimmy Dorsey, and Woody Herman. He wrote bebop arrangements, as most bandleaders at that time were interested in having one or two bebop numbers in their repertoires. Several musicians have commented that even if Gillespie had not been able to play the trumpet, he could have made a name for himself on the basis of his original compositions and arrangements. Other jazz standards credited in whole or in part to Gillespie include “Groovin’ High, ” “Manteca, ” “Woody ’n You, ” “Con Alma, ” and “Salt Peanuts. ”

A large part of the Earl Hines band departed in 1943 to form a new group headed by Billy Eckstine. Former Hines members who joined Eckstine included Sarah Vaughan, Gillespie, Parker, and others. The band also featured saxophonists Gene Ammons and Dexter Gordon. Gillespie became musical director for Eckstine, whose backers got him a job on 52nd Street. Gillespie stayed with Eckstine for about seven months, touring and playing on 52nd Street. “The Street, ” as it was described by critic Pete Migdol in Gillespie’s memoir, “was the hippest block with regard to its short distance and that amount of music…. This was the top talent street, and it was, of course, discoverer of a lot of the new people for that era. ”

After leaving Eckstine, Gillespie substituted in the Duke Ellington Orchestra for about four weeks, then formed his own group to play at the newly opened Onyx Club on 52nd Street. Gillespie had been playing bebop whenever he could since 1940, the year he married Lorraine Willis. Now he was able to play it full time. 52nd Street became the proving ground for a new jazz style that had previously been played primarily at late night jam sessions.

“The opening of the Onyx Club represented the birth of the bebop era, ” Gillespie recalled in his book. “In our long sojourn on 52nd Street we spread our message to a much wider audience. ” His first quintet at the Onyx Club in 1944 included Oscar Pettiford on bass, Max Roach on drums, George Wallington on piano, and Don Byas on tenor sax. Gillespie had tried to get Parker to join, but he had temporarily returned to Kansas City.

Describing the new style his quintet played, Gillespie wrote, “We’d take the chord structures of various standard and pop tunes and create new chords, melodies, and songs from them. ” For example, Tadd Dameron’s composition “Hothouse” was based on “What Is This Thing Called Love, ” and Parker’s “Ornithology” came out of “How High the Moon. ” Gillespie also noted, “Our music had developed more into a type of music for listeners. ” There would be little dancing to bebop. Rhythm and phrasing, however, were also important to the new jazz style. “The most important thing about our music was, of course, the style, how you got from one note to another, how it was played. … We had a special way of phrasing. Not only did we change harmonic structure, but we also changed rhythmic structure. "

Gillespie’s quintet also played other clubs, including the Downbeat and the Three Deuces, where the group included Charlie Parker—by then on alto sax—and Bud Powell on piano. Gillespie also played for two months in Hollywood with Parker, vibraphonist Milt Jackson, bassist Ray Brown, pianist Al Haig, and drummer Stan Levy. This was the West Coast debut of bebop and it was very well received. In fact, it was around this time that the term “bebop” came into use. Gillespie recalled, “People, when they’d wanna ask for one of those numbers and didn’t know the name, would ask for bebop. And the press picked it up and started calling it bebop. The first time the term bebop appeared in print was while we played at the Onyx Club. ”

Gillespie’s quintet and the presentation of modern jazz in that format reached its apex in 1953—with a concert at Massey Hall in Toronto that featured Gillespie, Parker, Powell, Roach, and legendary jazz bassist Charles Mingus. As Roach recalled in Gillespie’s memoir, “The five people that Dizzy had originally thought about in the group at the Onyx didn’t really materialize until we did Jazz at Massey Hall, that album, in 1953. ” Billed by jazz critics as “the greatest jazz concert ever, ” it was recorded by Mingus—a last-minute substitute for Pettiford—and later released on Debut Records. From the big bands and orchestras that he first organized in the late 1940s, to the small combos of the early 1950s that served as incubators for young musicians like saxophone giant John Coltrane, Gillespie’s influence consistently defined modern jazz. Though the enterprise was short-lived, Gillespie had his own record label, Dee Gee Records, from 1951-53. He appeared at the historic first Newport Jazz Festival in 1954. And he later played the role of unofficial ambassador of jazz, beginning with a 1956 world tour sponsored by the U. S. State Department. These are just a few of the many accomplishments highlighting the career of this remarkably accomplished titan of contemporary American music. 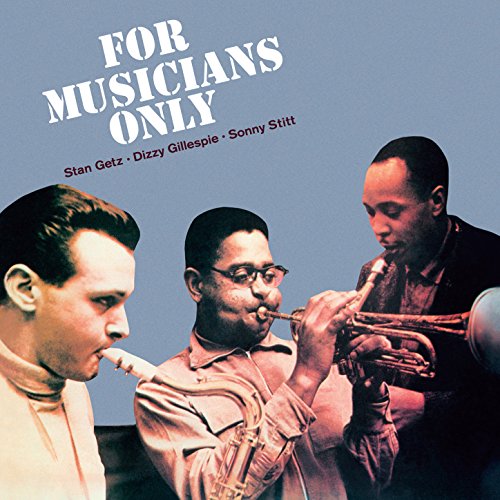 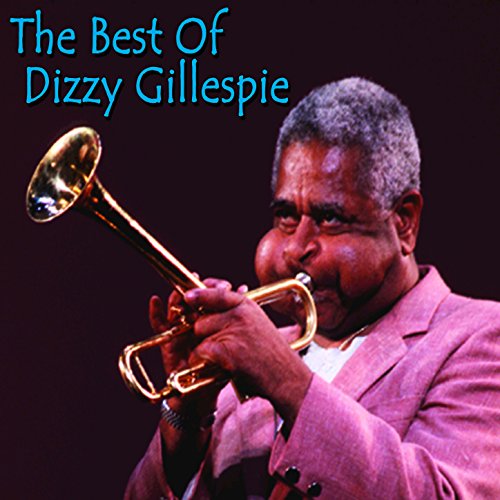 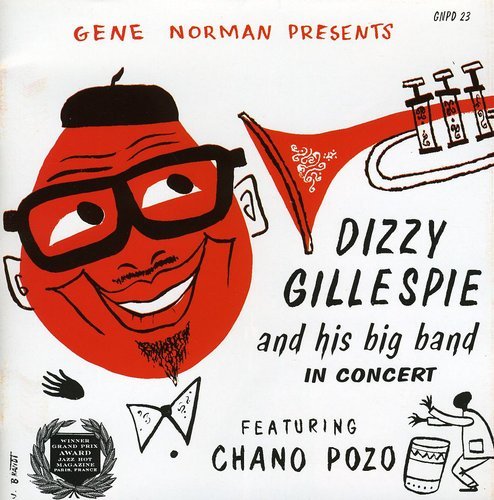 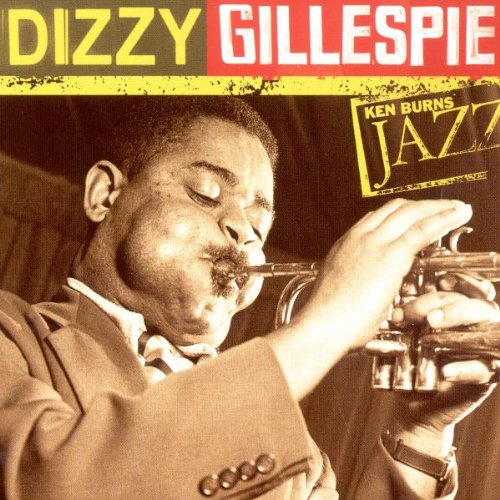 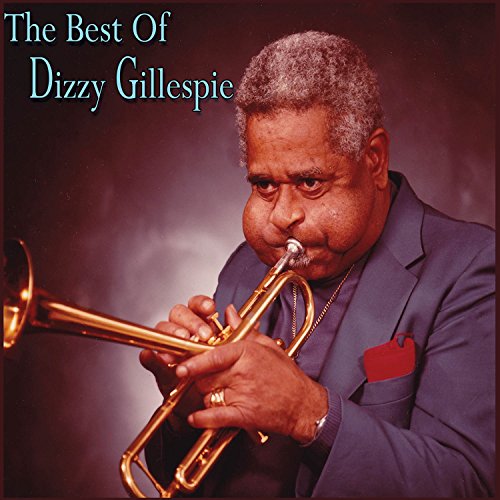 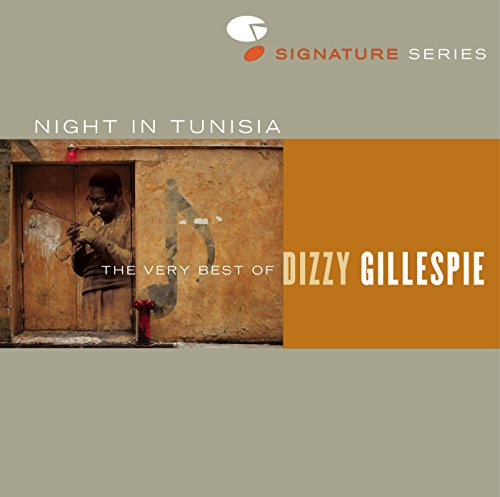 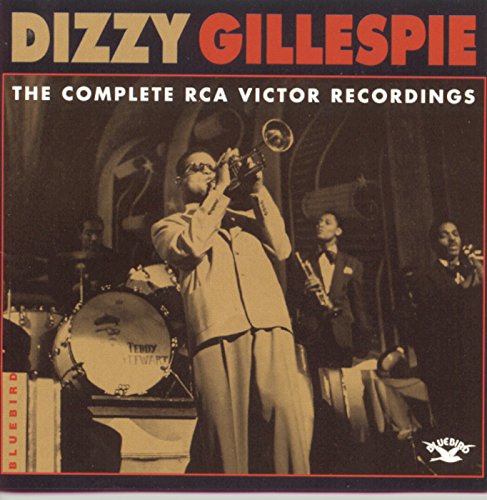 The next year, at the Kennedy Center for the Performing Arts ceremonies celebrating the centennial of American jazz, Gillespie received the American Society of Composers, Authors, and Publishers' Duke Award for 50 years of achievement as a composer, performer, and bandleader.

In August 1937 while gigging with Hayes in Washington D. C. , Gillespie met a young dancer named Lorraine Willis who worked a Baltimore - Philadelphia - New York City circuit which included the Apollo Theater. Willis was not immediately friendly but Gillespie was attracted anyway. The two finally married on May 9, 1940. They remained married until his death in 1993.