Three Poems for Violin and Piano

Erb was born in Youngstown, Ohio, graduated from Lakewood High School, a Cleveland suburb, and gained early recognition as a trumpet player for a local dance band.

Following a stint in the Navy during World World War II, he continued his career as a jazz trumpeter and enrolled at Kent State University, where he earned a Bachelor of Science degree in music in 1950. Three years later, he earned a Master of Music degree from the Cleveland Institute of Music. 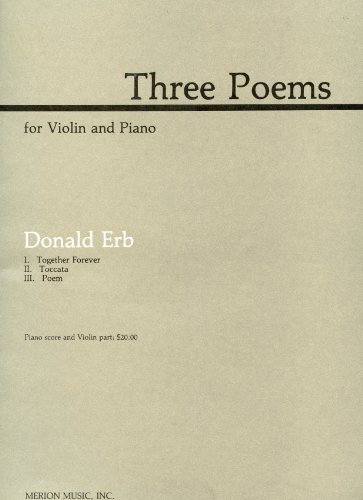