Edgar Georg Ulmer was a Jewish-Moravian, Austrian-American film director who mainly worked on Hollywood B movies and other low-budget productions. His stylish and eccentric works came to be appreciated by auteur theory-espousing film critics over the years following his retirement.

Ulmer was born in Olomouc, in what is now the Czech Republic.

Max Reinhardt hired the teenage Ulmer to design his stage productions, and in the early 1920s he traveled with Reinhardt to New York City. During this time he also signed on with Universal as a set designer. He later went to Germany, where he served as an assistant director on F.W. Murnau’s The Last Laugh (1924) and Faust (1926). When Murnau went to Hollywood in 1927 to make Sunrise, Ulmer followed; he also worked as a designer on City Girl (1930) and Tabu (1931). During this period Ulmer spent time in Berlin, where he codirected (with Robert Siodmak) the pseudodocumentary Menschen am Sonntag (1930; People on Sunday).

In 1933 Ulmer helmed Damaged Lives, an exploitation entry about a couple nearly destroyed by venereal disease. It was a commercial success despite having been banned in a number of U.S. cities. He had a less-controversial hit with The Black Cat (1934), though the subject matter was still sensationalistic. The classic horror film, a Universal production that was inspired by an Edgar Allan Poe short story, was the first to pair Boris Karloff and Bela Lugosi. The latter played Dr. Vitus Werdegast, a scientist seeking revenge against Hjalmar Poelzig (Karloff), a Satanist and necrophiliac whose actions resulted in Werdegast’s capture during World War I and who then married his wife and, after she died (her corpse is preserved in a tank of formaldehyde), his daughter. Released from a POW camp, Werdegast travels to Poelzig’s mountaintop mansion and, during a brutal confrontation, skins him alive. The film, which was barely an hour long, featured striking sets designed by Ulmer, who would create the sets for a number of his later productions.

Most directors’ careers would have been launched by the success of The Black Cat, but Ulmer would not make another major studio film for more than 10 years. He had begun an affair with Shirley Kassler Alexander, the wife of Universal chief Carl Laemmle’s nephew, and was subsequently blackballed. (The couple later married.) Ulmer, freed from the constraints of major studios, would go on to demonstrate his ability to overcome low budgets and tight shooting schedules to craft engrossing and well-made films.

After working as a set designer for Frank Borzage’s Little Man, What Now? (1934), Ulmer initially directed a number of low-profile projects. Using the pseudonym John Warner, he made the western Thunder over Texas (1934). He later helmed several Yiddish-language dramas shot in and around New York City and a variety of public-health documentaries, including Goodbye, Mr. Germ (1940), about tuberculosis. Moon over Harlem (1939) was a crime drama with an African American cast that featured jazz saxophonist Sidney Bechet.

In 1942 Ulmer began working for Producers Releasing Corporation (PRC), a so-called Poverty Row studio that specialized in cheaply made B-films. His first film for PRC was the hour-long drama Tomorrow We Live, with Jean Parker and Ricardo Cortez. Ulmer was particularly busy in 1943, directing the comedy My Son, the Hero; Girls in Chains, in which Arline Judge played a recently fired teacher who struggles to improve conditions in a women’s reformatory; Isle of Forgotten Sins, a pearl-diving adventure; and Jive Junction, a musical about a high-school student (Dickie Moore) who organizes an all-girl swing band. The following year he made one of his best films, Bluebeard. The horror thriller featured John Carradine as a puppeteer and painter in 1800s Paris who murders his female models; Parker was cast as one of his prospective victims.

After the effective film noir Strange Illusion, Ulmer directed Club Havana (both 1945), a murder mystery set in a nightclub; Tom Neal starred as a doctor. Ulmer reunited with Neal on Detour (1945), a classic noir that the director claimed was shot in just six days. Neal played Al Roberts, an unemployed musician hitchhiking to California. He is picked up by a genial businessman, but when the driver dies, Roberts decides to keep the car until he has reached Los Angeles. Along the way he picks up a conniving woman (Ann Savage) who forces him to continue the ploy in order to collect the dead man’s inheritance. Dark and fatalistic, Detour is a threadbare masterpiece that is now Ulmer’s best-remembered film.

In 1946 Ulmer directed The Wife of Monte Cristo, a fanciful extension of the Alexandre Dumas tale. Better was Her Sister’s Secret (1946), a well-made melodrama about an unmarried woman (Nancy Coleman) who asks her married sister (Margaret Lindsay) to adopt her baby. Ulmer finally ascended to a major studio when he was hired to direct the expensive film noir The Strange Woman (1946) at United Artists (UA). Hedy Lamarr starred as a woman in 1820s Maine who plots to have her wealthy husband killed. Carnegie Hall (1947) was an atypical entry in Ulmer’s filmography, a UA musical that was more highbrow than his usual efforts. Although the plot was contrived—an aggressive stage mother (Marsha Hunt) pushes her shy pianist son (William Prince)—it featured notable appearances by such classical music giants as Artur Rubinstein, Jascha Heifetz, Lily Pons, Risë Stevens, and Leopold Stokowski.

Ulmer returned to more-familiar territory with Ruthless (1948), an enjoyable low-budget noir, with Zachary Scott as a financier who uses and abuses those around him. Next was I pirati di Capri (1949; The Pirates of Capri or The Masked Pirate), a low-budget swashbuckler starring Louis Hayward. Ulmer then made St. Benny the Dip (1951), a minor comedy with Dick Haymes, Lionel Stander, and Roland Young as con men disguised as priests in New York City. Far more interesting was The Man from Planet X (1951), an evocative science-fiction B-film set on a Scottish island. Reportedly made in under a week, this cult favourite is a thoughtful tale and one of the first about alien invaders. Less successful was the comedy Babes in Bagdad (1952), with stars Paulette Goddard and Gypsy Rose Lee.

Ulmer returned to noir with Murder Is My Beat (1955) and then made The Naked Dawn (1955), a solid crime drama with Arthur Kennedy. Daughter of Dr. Jekyll (1957) was considered to be mediocre even by horror-picture standards, and Hannibal (1959; also known as Annibale) starred Victor Mature as the legendary military general. The Amazing Transparent Man and Beyond the Time Barrier (both 1960) were largely forgettable sci-fi quickies, and they proved to be Ulmer’s last work in the United States. After the World War II drama Sette contro la morte (1964; The Cavern), he retired. 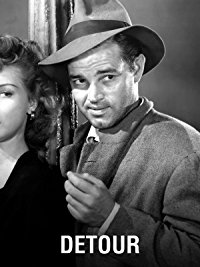 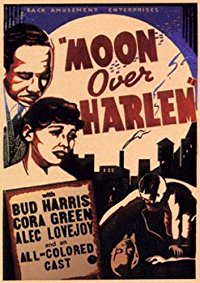 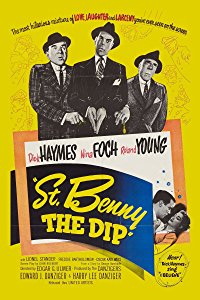 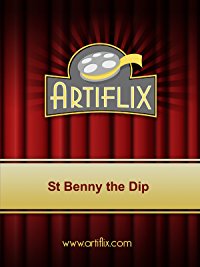 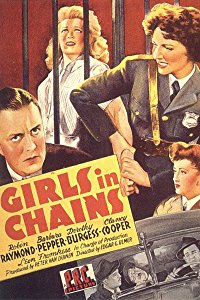 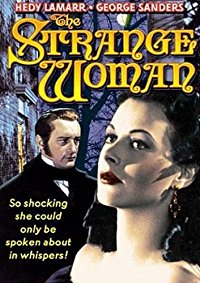 "I really am looking for absolution for all the things I had to do for money's sake."