Duke Ellington and Jean Eldridge in a recording studio

Duke Ellington performs at the piano

Duke Ellington at night during a radio show

Duke Ellington performs on stage with his Big Band at the Hammersmith Odeon in London, England

Duke Ellington with his orchestra

Duke Ellington was a winner of Grammy Award multiple times.

Star on the Hollywood Walk of Fame

Star on the Hollywood Walk of Fame at 6535 Hollywood Blvd.

Duke Ellington and Jean Eldridge in a recording studio

Duke Ellington performs at the piano

Duke Ellington at night during a radio show

Duke Ellington performs on stage with his Big Band at the Hammersmith Odeon in London, England

Star on the Hollywood Walk of Fame at 6535 Hollywood Blvd.

Duke Ellington was a winner of Grammy Award multiple times.

Duke Ellington with his orchestra

Duke Ellington with his wife, Edna

The Great Summit - The Master Tapes

Edward Kennedy "Duke" Ellington was an American jazz pianist, composer, and bandleader. An originator of big-band jazz, he composed thousands of scores over his 50-year career.

At the age of seven, Ellington began studying piano and earned the nickname "Duke" for his gentlemanly ways. During that time he took lessons from Marietta Clinkscales. He pursued his education from Armstrong Technical High School in Washington, D. C.

In 1916 he opted out of an art scholarship to the Pratt Institute in Brooklyn for the sake of music and he also dropped out of Armstrong Manual Training School, where he was studying commercial art, just three months before his graduation. He got private lessons in harmony from Henry Lee Grant, a music teacher at Dunbar High School. With the additional guidance that he received from the pianists in his home town and from band leader Oliver "Doc" Perry, he inculcated a better understanding of the instrument, learned to read music sheets, improved his technique and projected a professional style. 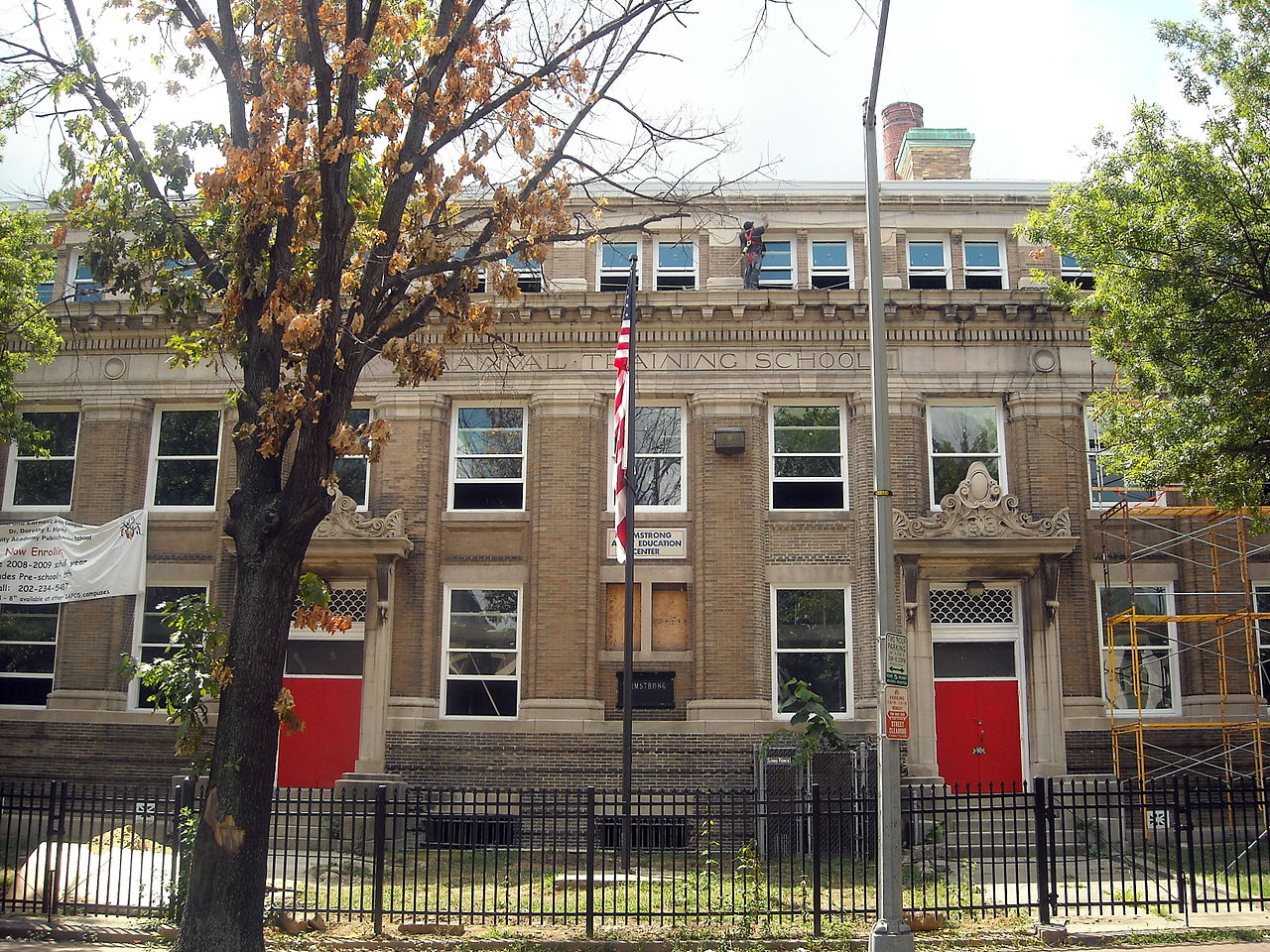 Duke Ellington began his artistic career as a sign painter in Washington, D.C. painter and simultaneously began his hunt for bringing in together groups that could play for dances.

In late 1917s Ellington formed his own group "The Duke's Serenaders". The band included childhood friend Otto Hardwick, Arthur Whetsol on trumpet; Elmer Snowden on banjo; and Sonny Greer on drums. Ellington's music and his band thrived and played throughout Washington, D.C. and Virginia. When Ellington's drummer Sonny Greer joined the Wilber Sweatman Orchestra in New York City, he decided to leave behind his successful career in Washington, D.C. and moved to Harlem.

By 1923 Ellington had joined a small dance band known as The Washingtonians. In 1927, King Oliver turned down a job as the house band for Harlem's famed Cotton Club, and the offer fell into Ellington's lap. During his tenure at the Cotton Club, Ellington developed the famous "jungle sound" that pervaded many of his recordings and compositions around 1930. Ellington's first signature song, "East St. Louis Toodle-Oo" (recorded in 1926 and several additional times in the following years) and his "Black and Tan Fantasy" and "Creole Love Call" (1927 and later) are perhaps the best examples of a style that was echoed in the playing of other bands, including Cab Calloway.

Ellington’s 1932 "It Don't Mean a Thing (If It Ain't Got That Swing)" remains symbolic of what came to be known the Swing Era and saw the rise to fame of Ellington's band and several competing formations. The 1930s saw Ellington's popularity continue to increase, greatly due to the wheeling and dealing of Duke's manager Irving Mills, who got more than his fair share of co-composer credits. While their United States audience remained mostly African-American in this period, a 1934 trip to Europe showed that the band had a huge following overseas.

The band reached a creative peak in the early 1940s, when Ellington wrote for an orchestra of distinctive voices and displayed tremendous creativity. Some of the musicians became a sensation of their own.

Ellington's long-term aim became to extend the jazz form from the three-minute limit of the 78 rpm record side. He had composed and recorded the significantly longer "Creole Rhapsody" as early as 1931, but it was not until the 1940s that this became a regular feature of Ellington's work. In this, he was helped by Strayhorn, who had enjoyed a more thorough training in the forms associated with classical music than Ellington himself. The first of these, "Black, Brown, and Beige" (1943), was dedicated to telling the story of African-Americans, the place of slavery, and the church in their history. Unfortunately, starting a regular pattern, Ellington's longer works were not well received; "Jump for Joy," an earlier musical, closed after only six performances in 1941.

Another unique aspect of Duke Ellington as a jazz personality was that he could perhaps best be identified not as a performer or even as a band leader, but as a composer. Ellington gave the term composing a whole new meaning in jazz. He is the only jazz musician whose stature as a composer has been compared to that of classical composers. Only in much later times did other jazz composers with a similar musical ambition emerge.

Ellington also occupies a special position in piano jazz. His style, while originating in the Harlem stride tradition, was highly personal. Ellington became increasingly innovative, to such extent that he could be entirely comfortable with the most advanced musicians of the 1960s and 1970s.

In 1951, Ellington suffered a major loss of personnel, with Sonny Greer, Lawrence Brown, and most significantly, Johnny Hodges leaving to pursue other ventures.

Ellington's appearance at the Newport Jazz Festival on July 7, 1956, was to return him to wider prominence. The feature "Diminuendo and Crescendo in Blue," with saxophonist Paul Gonsalves's six-minute saxophone solo, had been in the band's book for a while, but on this occasion, it nearly created a riot. Ellington's collaboration with Strayhorn had been renewed around the same time. Such Sweet Thunder (1957), based on Shakespeare's plays and characters, and The Queen's Suite the following year (dedicated to Queen Elizabeth II), were products of the renewed impetus which the Newport appearance had helped to create.

The late 1950s also saw Ella Fitzgerald record her Duke Ellington Songbook with Ellington and his orchestra, a clear recognition that Ellington's songs had now become part of the cultural canon known as the "Great American Songbook."

In some of his later recordings, side by side with contemporary musicians, Ellington proves his ability to remain himself while matching the creative evolution of the new times. His 1962 Money Jungle, recorded with Charles Mingus on bass and Max Roach on drums, is one of the best jazz albums ever recorded. Ellington also recorded with John Coltrane and Elvin Jones. His only recording with Hawkins, in 1962 as well, proves that he was also able to produce classic masterpieces at this late stage of his career.

Key musicians who had previously worked with Ellington returned to the Orchestra around 1960: Johnny Hodges in 1959, Lawrence Brown in 1960, and Cootie Williams two years later. In 1966, Ellington performed his first "Sacred Concert," an attempt at fusing Christian liturgy with jazz, which was followed by two others. Though his later work is overshadowed by his music of the early 1940s, Ellington continued to make vital and innovative recordings, including The Far East Suite (1966), The New Orleans Suite (1970), and The Afro-Eurasian Eclipse (1971), until the end of his life.

In addition to his career as a musician and composer, Ellington appeared in several films. His film work began in 1929, starting with the short film Black and Tan. He also appeared in the film Check and Double Check. It was a major hit and helped introduce Ellington to a wide audience. He and his Orchestra continued to appear in films throughout the 1930s and 1940s, both in short films and in features such as Murder at the Vanities (1934). In the late 1950s, his work in films took the shape of scoring for soundtracks, notably Anatomy of a Murder (1959), with James Stewart, in which he also appeared fronting a roadhouse combo, and Paris Blues (1961), which featured Paul Newman and Sidney Poitier as jazz musicians.

A long-time fan of William Shakespeare, he wrote an original score for Timon of Athens that was first used in the Stratford Festival production that opened July 29, 1963, for director Michael Langham, who has used it for several subsequent productions, most recently in an adaptation by Stanley Silverman that expands on the score with some of Ellington's best-known works. 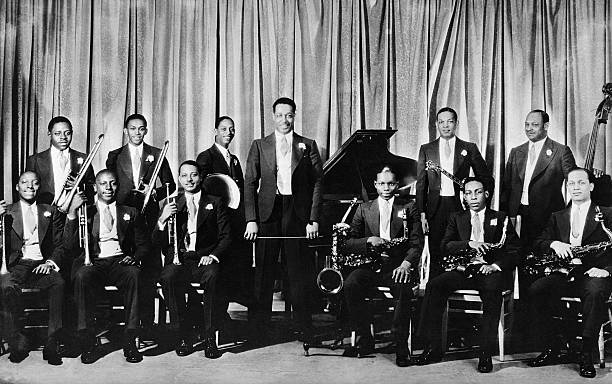 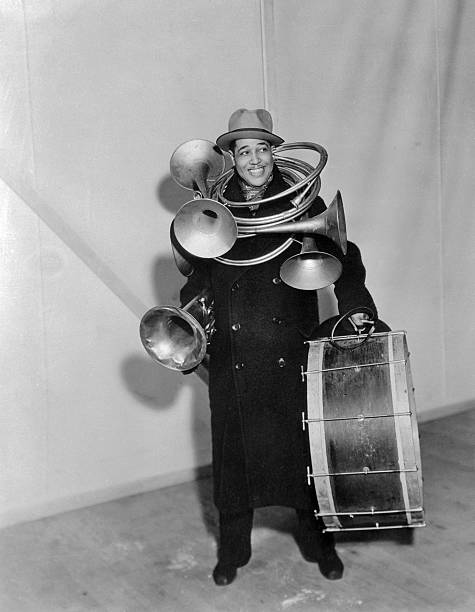 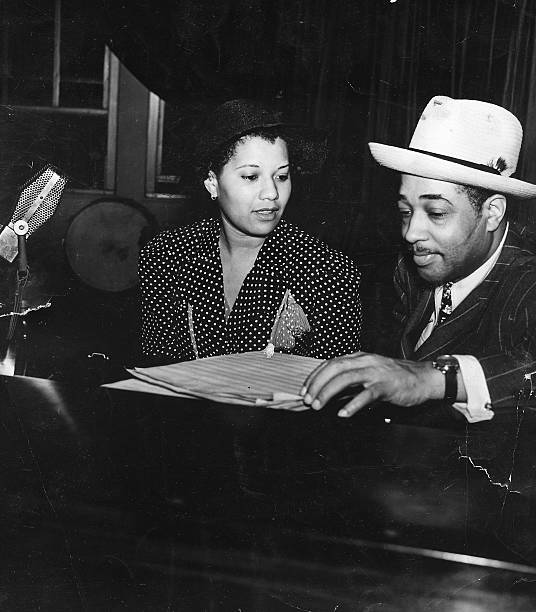 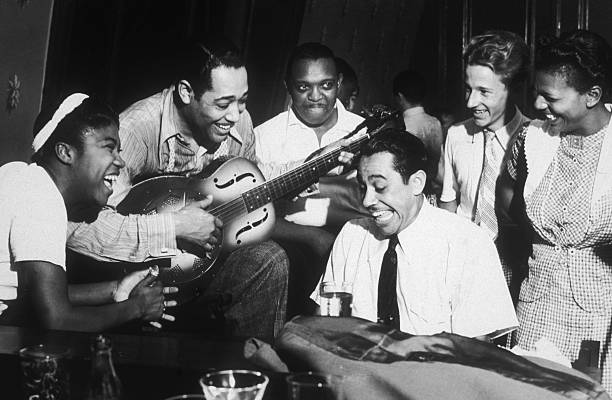 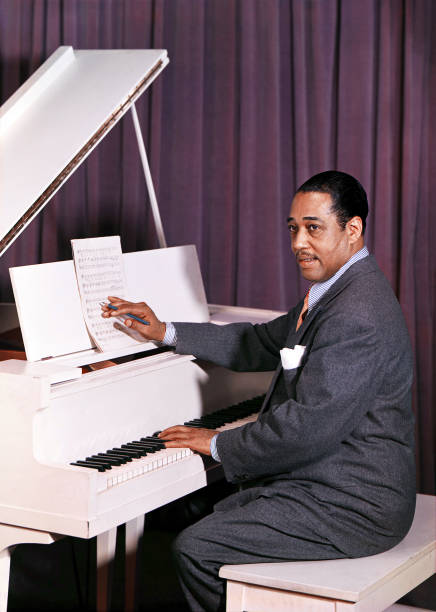 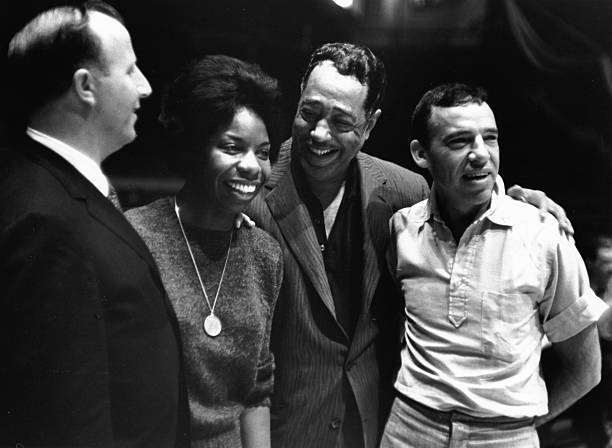 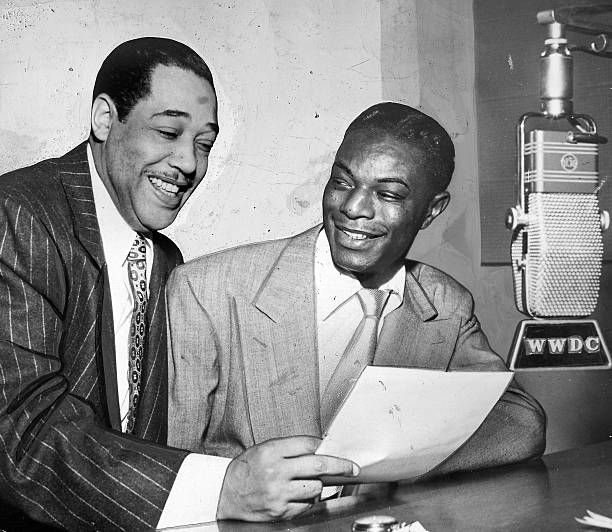 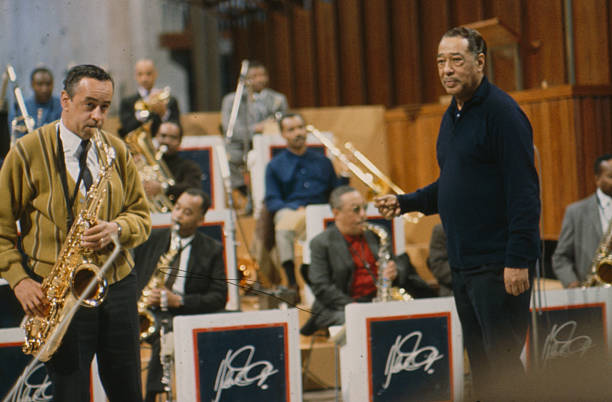 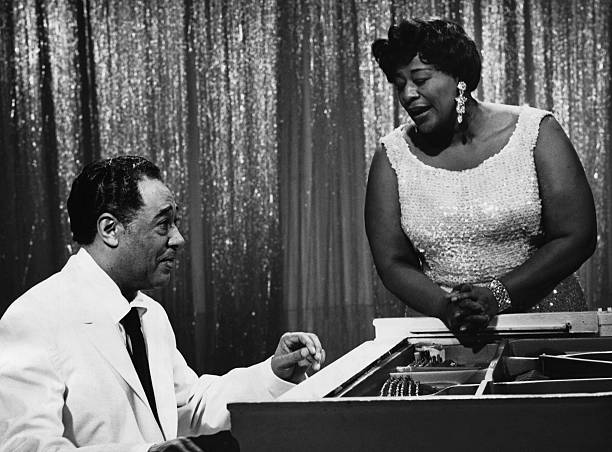 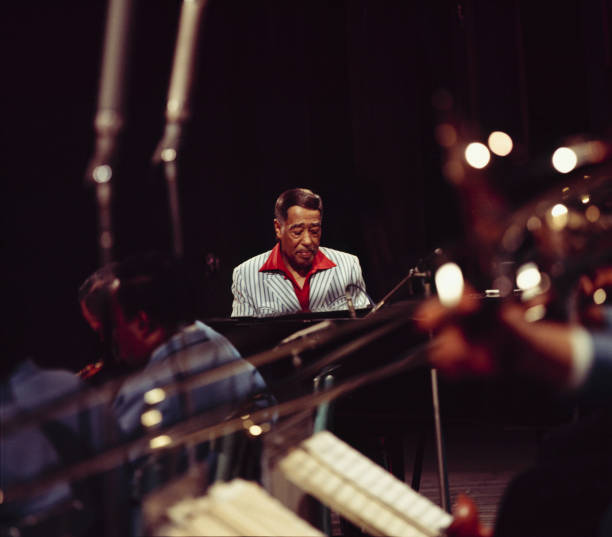 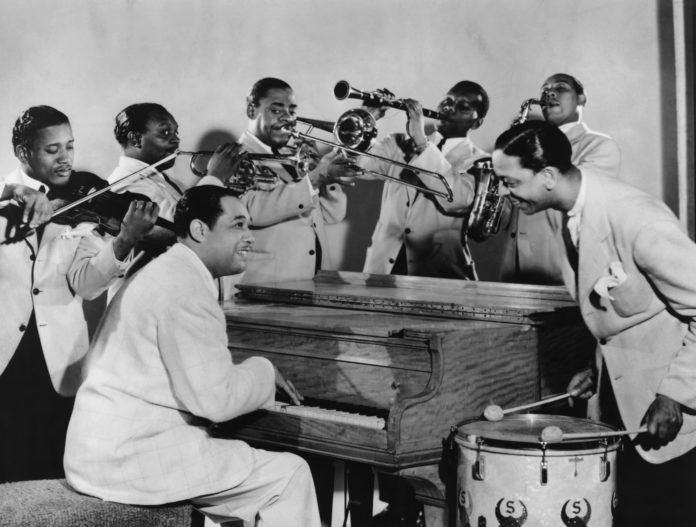 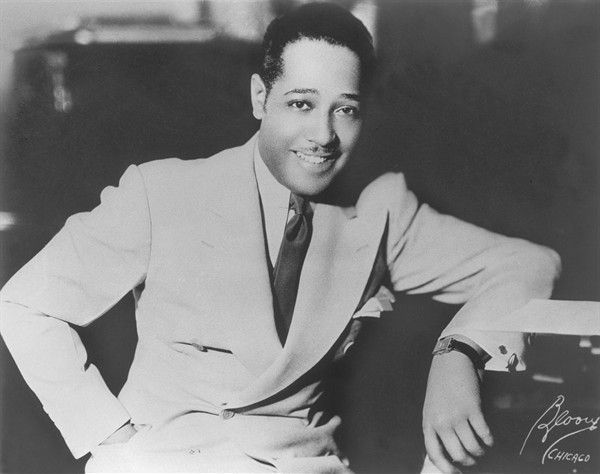 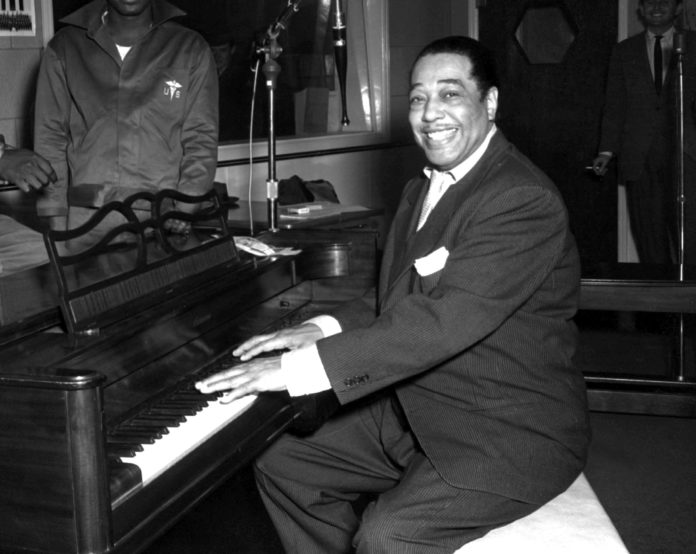 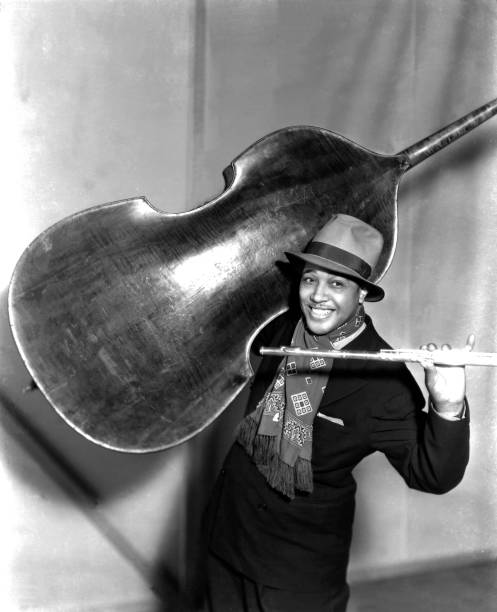 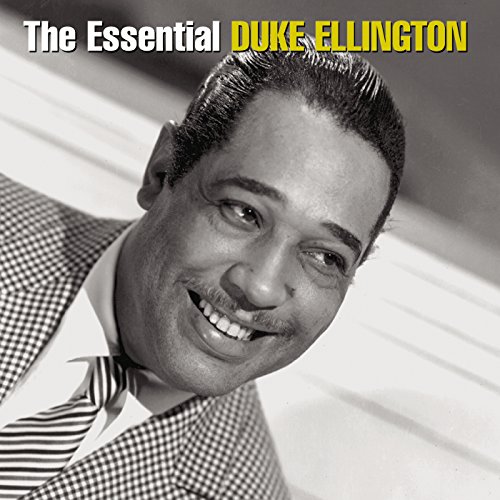 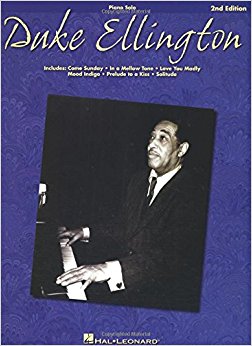 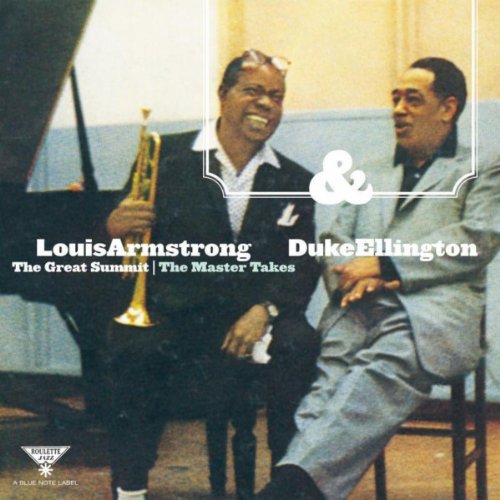 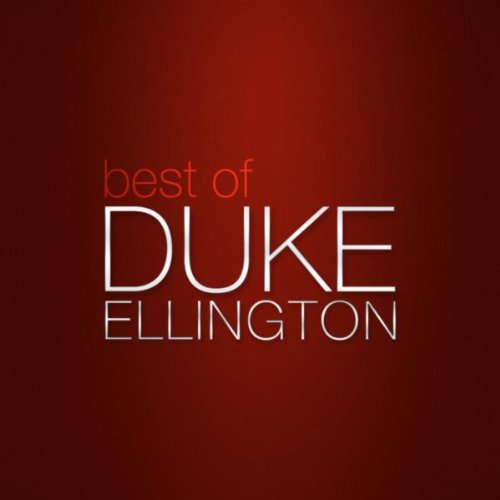 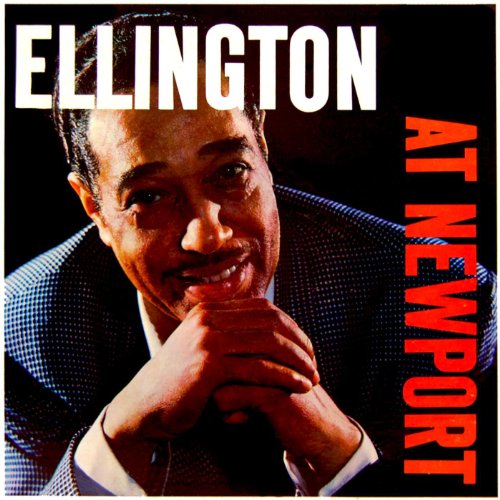 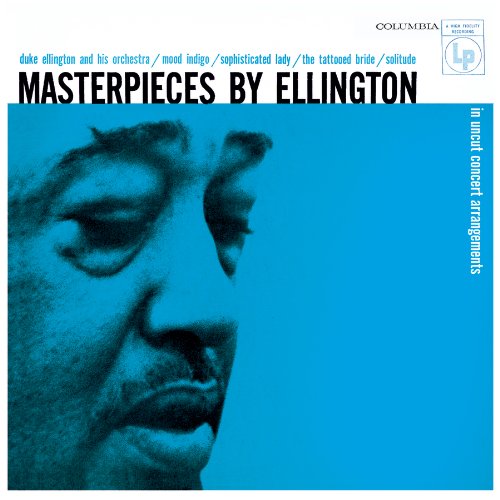 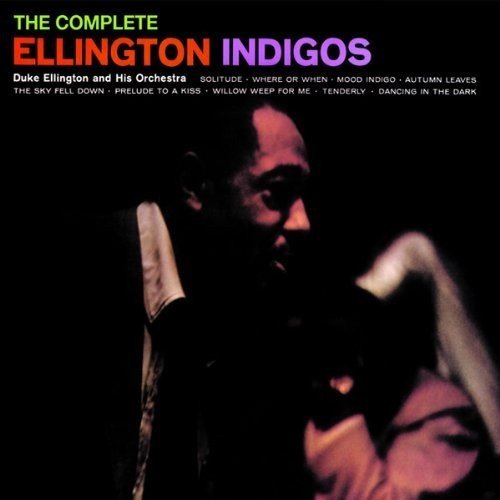 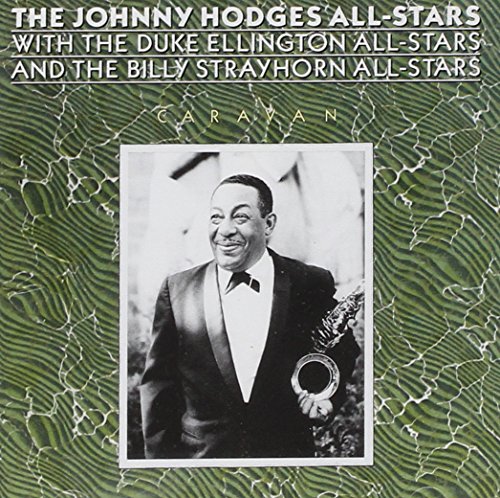 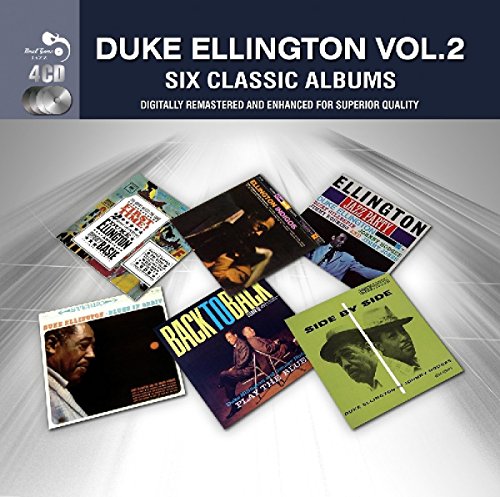 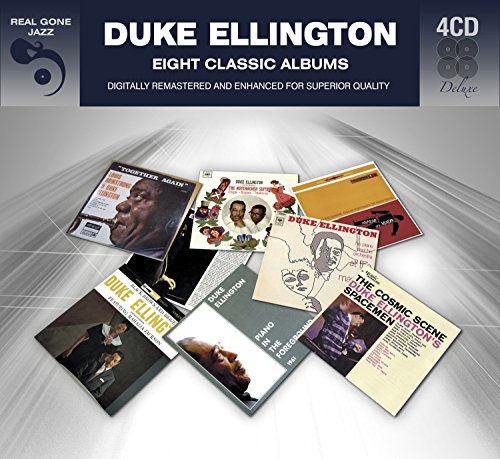 Quotations: "Put it this way: Jazz is a good barometer of freedom. .. In its beginnings, the United States of America spawned certain ideals of freedom and independence through which, eventually, jazz was evolved, and the music is so free that many people say it is the only unhampered, unhindered expression of complete freedom yet produced in this country."

"Music, of course, is what I hear and something that I more or less live by. It's not an occupation or profession, it's a compulsion."

"There are two kinds of music. Good music, and the other kind."

"You have to stop listening in categories. The music is either good or it's bad."

"The most important thing I look for in a musician is whether he knows how to listen."

Ellington's friend Edgar McEntree gave him the nickname of "Duke" because of his casual and graceful manner and the dapper dress that he wore. He was not a strict disciplinarian and used charm, humor, flattery, and astute psychology to maintain control of his orchestra.

He was truly a genius in the sense of instrument combinations, arranging jazz and improvising music that made Ellington stand unique among other composers of his time. His reputation as a composer and bandleader is intact even after his death.

Ellington married his high school sweetheart Edna Thompson on July 2, 1918 at the age of 19. On March 11, 1919 they were blessed with a baby boy, their first and only child. They named him Mercer Kennedy Ellington. In 1929, after having separated from Edna Thompson, Ellington became the companion of Mildred Dixon, who traveled with him, managed Tempo Music, inspired songs at the peak of his career, and raised his son Mercer. In 1938, Ellington left his family and started living with Beatrice "Evie" Ellis, who was a Cotton Club employee. Their relationship, though stormy, continued after Ellington met and formed a relationship with Fernanda de Castro Monte in the early 1960s. Ellington supported both women for the rest of his life.