Other photo of Edward S. Golub

Other photo of Edward S. Golub

(In this second, revised edition of a textbook, E.S. Golub...)

In this second, revised edition of a textbook, E.S. Golub joins forces with D.R. Green to provide an up-to-date synthesis of modern immunology, spanning the full range of molecular, cellular and clinical immunology. Continuing in the tradition of the first edition and of "The Cellular Basis of the Immune Response", Golub and Green describe immunology as a process by using experimental design and by following the sequence of experiments that have led to the current state of knowledge in the field. The explosive progress in the field of immunology, and the rapid progress in the application of immunology to other areas of biomedical research, have placed a growing demand on students in all areas of biology and biomedicine to become familiar with the techniques and concepts of immunology. This text aims to fill this demand. The book is intended for undergraduate, graduate and medical school courses in immunology in which the experimental basis for the current status of the field is considered important. 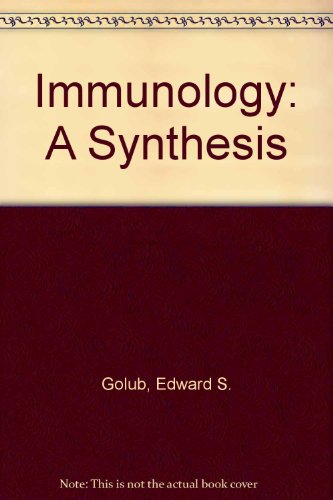