Émile Argand studied at the Lausanne University graduating with the B.S. degree.

Prelude to plate tectonics. This scheme reconstructs the position of the South American, African, Indian, Antarctic and Australian plates in the Gondwanie, before the alpine orogeny. It was introduced in 1922, which was 46 years before the basics of modern plate tectonics are established. The Swiss alpine geologist Emile Argand was the author.

Émile Argand while drawing his famous map of Eurasia.

Émile Argand studied at the Lausanne University graduating with the B.S. degree.

Prelude to plate tectonics. This scheme reconstructs the position of the South American, African, Indian, Antarctic and Australian plates in the Gondwanie, before the alpine orogeny. It was introduced in 1922, which was 46 years before the basics of modern plate tectonics are established. The Swiss alpine geologist Emile Argand was the author.

Émile Argand while drawing his famous map of Eurasia.

Émile Argand was a Swiss geologist who is noted for developing the theory of embryotectonics, which was the idea that prehistoric ridges and valleys guide the growth of fold mountains. He is also regarded as a specialist in tectonics, who was among the first to understand nappes (rocks sheets that are pressed to move sideways), explaining the complex structure of the Pennine and Western Alps.

Émile Argand was born on January 6, 1879, Geneva, Switzerland. Argand’s father, Gédéon-Louis, was a clerk in government service; his mother, Franceline Jeannette Taberlet, a remarkable woman, was from Morzine, Savoy. His father apprenticed him to an architect, but his mother had other plans. She took him with her for long stays in Italy, France, and Greece, and encouraged him to read medicine.

Argand began his studies at the vocational school in Geneva but soon transferred to Lausanne, where he met the young professor Maurice Lugeon and became interested in the problems of Alpine structure. He soon came to believe that these problems had been put into the world especially for him to solve, and he turned to the study of geology. He studied anatomy in Paris, but gave up medicine to pursue his interest in geology. 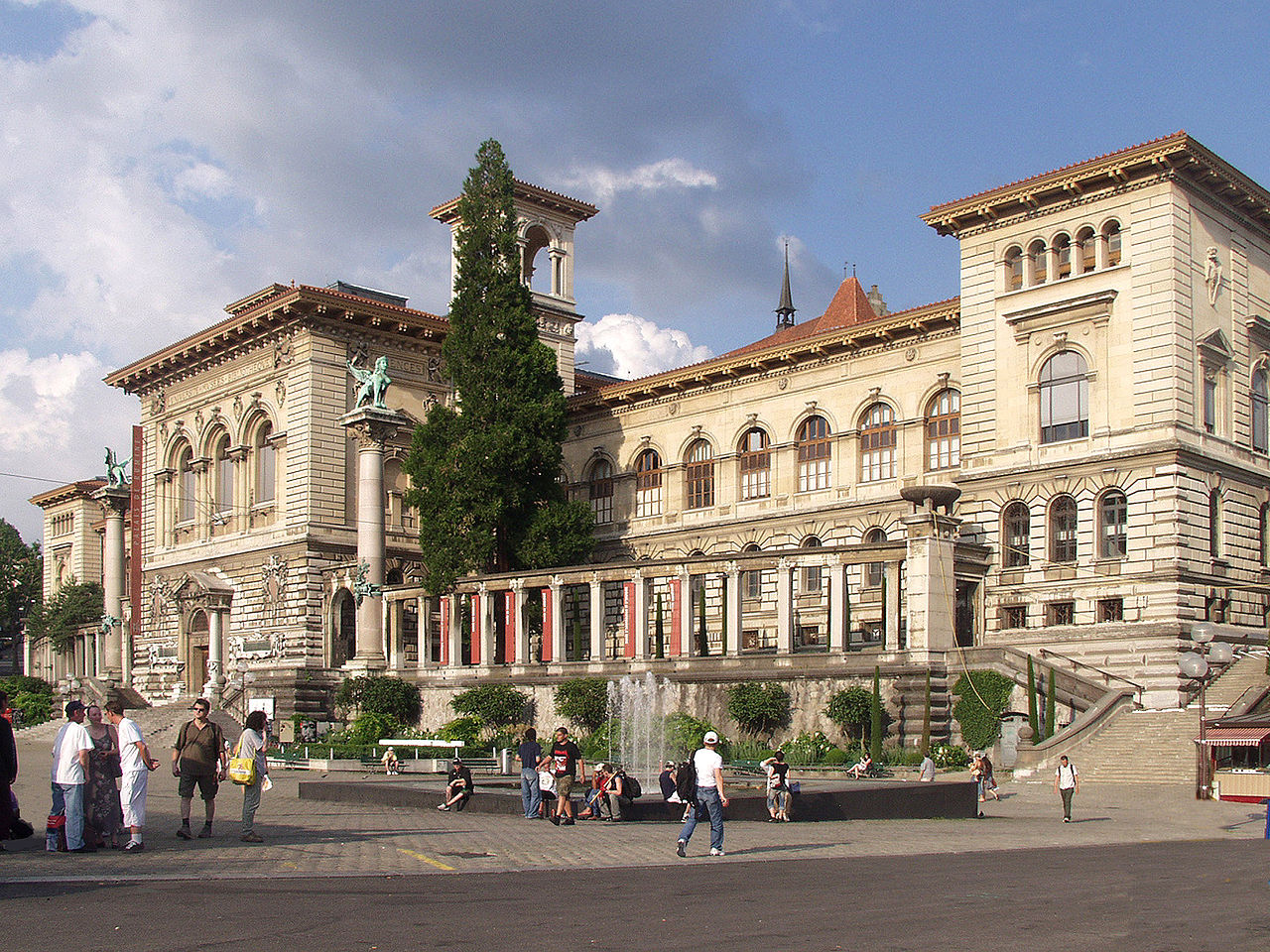 Argand`s numerous talents helped him to solve some of the most complex problems of terrestrial architecture. It was also his good fortune to enter science at a crucial stage in the evolution of Alpine geology and at one of the best possible places. Lugeon, his teacher, not only had shown the existence of the Helvetic nappes but also was the first to analyze these structures over an extended area rather than a restricted cross section.

He had studied the entire zone from the Lake of Geneva to the Rhine, clarifying and extending the new methods of structural interpretation used earlier by Marcel Bertrand, Hans Schardt, and Pierre Termier. These involved not only the recognition of the nappe folding but also the extension from the detailed geology of the simple parts to the complex structure on the regional scale. The work had to be extended to the interior of the Alps, but there the metamorphism and the paucity of fossils meant that the details of the stratigraphy would have to be worked out from the structure. In the outer zones, a well-developed stratigraphy had made the unraveling of the structure possible. To unravel the structure of the inner zone Argand had to develop geometric methods, for example, in proceeding from the Alpine surface to the missing structure that was the origin of the projection.

Several years of intensive mapping in the highest central part of the Pennine Alps resulted in the now classic map of the Dent Blanche massif and the memoir explaining his results (1908). A new world of forms was revealed by this work. Argand spoke of the strata deformed into faisceaux of families of cylindrical surfaces, of the deformation of these cylinders, of their ruin in depth and space by the processes of erosion, and of the concomitant sedimentation. Of this work, Ulrich Grubenmann said that it was the first time that the inversion of his metamorphic zones had been proved and used for structural explanation.

Argand had shown that the top of the Matterhorn was in the Grubenmann katazone, or deepest zone of metamorphism, while the roots of the mountain, as revealed in the rock of the valley below, were in the shallow, or metamorphic, epizone. These geometric methods were the key that enabled Argand to unveil the whole of the Pennic zone, establishing the axial culminations and depressions (i.e., the deformation of the generatrices of the cylindrical nappe structures). He integrated consecutive series of vertical sections with surface geology in complex block diagrams and traced the architecture of the nappes from one sector to the next. His concept of grouping tectonic elements in preferred directions, inclinations, and orientations became a basic notion of structural geology and the foundation of many of the more advanced techniques of structural analysis.

In this way, the “Pennic” type, a new type of deformation characteristic of the central zones of many other orogenic belts, was brought to light. Argand’s methods of representation and the accompanying full chronological and dynamic interpretation soon became classic, and were adopted by the students and professors who made up a new generation of Alpine geologists. Unfortunately, the methods were not always applied with the caution of their author, who understood their limits. Some of the rigid applications of these heuristic principles were later attacked as “cylindrism” by the school of Grenoble, which nevertheless made use of the principles stated by Argand.

Having not only the keys for the solution of regional problems but also the necessary methods and techniques, Argand extended his task and attempted a synthetic picture of the structure of the arc of the western Alps. The results were condensed in his famous four plates of 1911, with a brief commentary showing the relationships between the major lines and significant details. From regional problems Argand advanced to geology on the planetary scale. He knew by heart the fundamental five-volume work of Eduard Suess, Das Ant lit z der Erde, and his linguistic skill allowed him to collect further information from many sources. He tried to synthesize this wealth of information as concretely as possible in a tectonic map of Eurasia conceived in a new style. In 1911 Argand had succeeded Hans Schardt as professor at Neuchâtel. Argand, during the preparation of the map of Eurasia, worked in the midst of great disorder. This map, although it exists only in the original manuscript, became famous, and in 1913 it received the Spendiarotf Prize. The map is preserved at the University of Neuchâtel, Switzerland.

Until then, Argand’s research had been three-dimensional. In order to understand the genesis of the Alps, the dimension of time would have to be added. Lecturing to the Swiss Geological Society in 1915, Argand announced a new branch of research, kinematic analysis and synthesis, which he called embryotectonics. It was the sequential analysis of the evolving structure back through time to the original sedimentary terrain. His heuristic methods were intended to explain the succession of events leading to the present complex structures, and to connect the subsurface movements with the changing sedimentary landscapes of the successive former surfaces and with the emplacement of ophiolites. Argand’s picture showed the importance of the sedimentology and stratigraphy of the western Alps and their place in a synthetic study. In this way he reconstructed what was then regarded as the typical evolution of a mountain chain. This “type biography” approach was later completed by a paper on the precursor phases and late phases of an orogenic segment (1920).

In 1915 Alfred Wegener published his fundamental paper containing his hypothesis of continental drift. Fascinated by the possibilities, Argand believed that continental drift offered a new motor for orogeny consistent with his evolutionary model. The Wegenerian hypothesis became the frame within which he created a new concept of Eurasian structural development. This work led to Argand’s being chosen to deliver the inaugural address of the Brussels International Geological Congress in 1922. His revised tectonic map of Eurasia, La tectonique de I’Asie, was reproduced with text in 1924. This is not only a fundamental text of structural geology but also a work of art. One of the most important of the many new concepts introduced is the notion of basement folds. Contemporary models of the formation of mountain chains showed the upholding of geosynclinal accumulations; against this simple pattern Argand set the concept of the warping and thrusting of old crystalline platforms without reactivation of the ancient structures and with the resulting sedimentary formations, drawing examples from Asia, Europe, and America. The paper had great influence in the French-speaking world, where Argand’s vocabulary and manner of reasoning became a part of geological thinking.

In 1931 Argand was called upon to preside over the first congress for the study of the Precambrian and ancient mountain chains, convened by J. J. Sederholm.

Before World War II, Argand became interested in philosophy and linguistics, but this work was never published.

He died suddenly on September 14, 1940 in Neuchâtel, Switzerland, not long after the death of his mother. 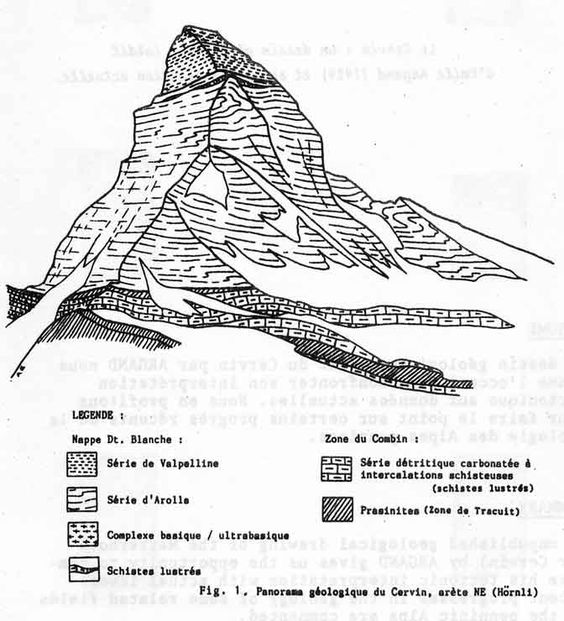 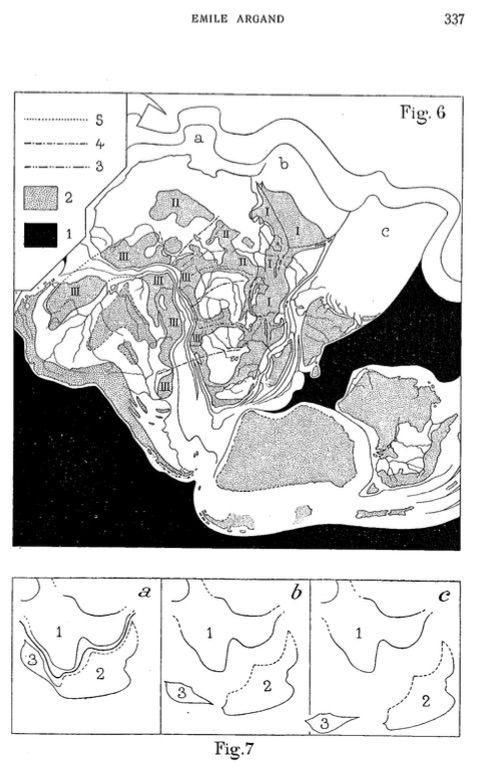 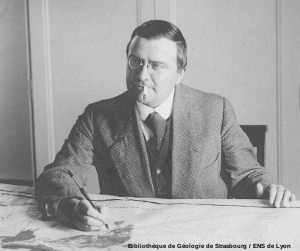 Émile Argand was an early proponent of Alfred Wegener's theory of continental drift, viewing plate tectonics and continental collisions as the best explanation for the formation of the Alps.

Quotations: "How many times did the sun shine, how many times did the wind howl over the desolate tundras, over the bleak immensity of the Siberian taigas, over the brown deserts where the Earth’s salt shines, over the high peaks capped with silver, over the shivering jungles, over the undulating forests of the tropics! Day after day, through infinite time, the scenery has changed in imperceptible features. Let us smile at the illusion of eternity that appears in these things, and while so many temporary aspects fade away, let us listen to the ancient hymn, the spectacular song of the seas, that has saluted so many chains rising to the light".

"The volumes, the surfaces, the lines-in one word, the structures that build a tectonic construction-do not represent the whole picture: there is also the movement that animated and still animates these bodies because the history continues and we live under no particular privileged conditions at any given time in this great process."

Émile Argand was a member of the Swiss Geological Society.

Argand had the talent to be a geologist but, as his friends remarked, he also could have been an architect, an artist, a linguist, a writer, or a businessman. He would have been outstanding in any of these professions. His extraordinary ability to think in three dimensions allowed him to visualize and to represent not only very complicated solids but also their movements and deformations. A gifted artist, he also could sketch these solids as seen from different angles. Argand had his own recognizable style, not only in his illustrations but also in his writing - and, as a result, in the kind of geology he developed. Argand’s visual recall was uncommonly good and enabled him to sketch landscapes, maps, and stereograms from memory (and even portraits that were more or less caricatures). His students and colleagues used to compare the maps he drew on the blackboard during lectures with the atlas, and they were always astonished by his accuracy.

Ordinarily systematic, almost to the point of compulsiveness, Argand, during the preparation of the map of Eurasia, worked in the midst of great disorder, driving himself and his assistants as much as thirty-two hours at a stretch, living on coffee and catching naps on an old sofa among the piles of books and papers.

Emile Argand`s parents divorced when he was a young boy, and Argand never married.