Other photo of Emma Lou Diemer

Other photo of Emma Lou Diemer

(Commissioned by Mu Phi Epsilon for their Diamond Jubilee ...)

Four Biblical Settings - Organ - Difficult - Emma Lou Diemer. - Organ - This major work was commissioned by the Ventura, CA chapter of the AGO. The four movements feature a variety of styles, including minimalism, rhythmic innovation, and subtle dissonances. It was premiered on June 30, 1993 by Sandra Soderlund in Santa Barbara, CA. The movements are based on Psalm 90, Psalm 121, Isaiah 11:1 and Isaiah 35:1. The first movement is in a minimalist style and is innovative in the way that the increments in "volume" of the crescendo pedal are used not only for drama but to define the phrase structure of the movement and to express the imagery in Psalm 90. The second movement (Psalm 121) has expressive, upward bending lines. The third movement (Isaiah 11) weaves in the chorale "Jesu, meine Freude." The last movement (Isaiah 35) is haracteristically joyful and rhythmic in its use of various groupings of eighth-note patterns. - MorningStar Music Publishers 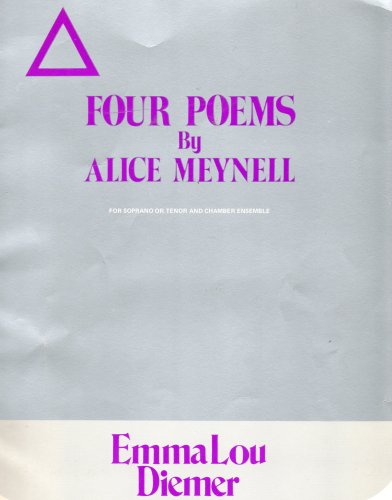 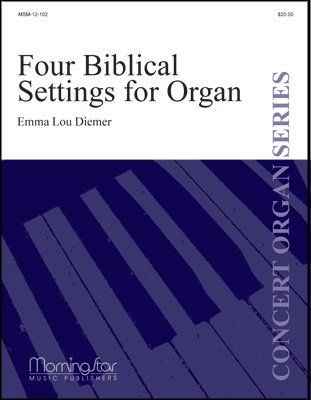