Latchkey Children in the Library & Community: Issues, Strategies, and Programs

( Successful after-school programs are just a part of thi...)

Successful after-school programs are just a part of this detailed study of the impact of unsupervised or latchkey children on the community in general and on libraries in particular. For school librarians who have found themselves in the new and undefined role of after-school supervisor, this book is the first to examine the phenomenon and share exciting and successful ideas you can use to meet the needs of latchkey children in your library. Latchkey Children is also a comprehensive reference source on facts and information, including valuable research findings appearing in print for the first time.

Dowd, Frances Smardo was born on May 8, 1947 in Baltimore. Daughter of Frank Louis and Mary Elizabeth (Lesko) Smardo. 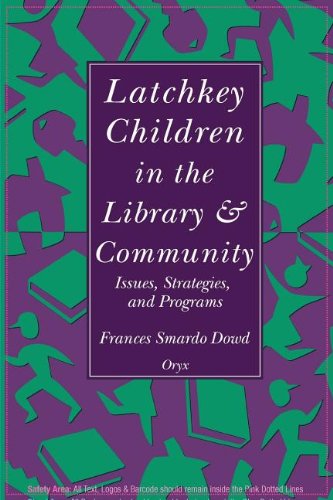