Other photo of Frederic Penfield

(This book was converted from its physical edition to the ...)

This book was converted from its physical edition to the digital format by a community of volunteers. You may find it for free on the web. Purchase of the Kindle edition includes wireless delivery.

Frederic Courtland Penfield was born in Connecticut, on April 23, 1855 to Daniel Penfield and Sophia Young. He married Katharine Albert McMurdo Welles (c1855-1905) in 1892. He became the United States diplomatic agent to Egypt from 1893 to 1897. Katharine died in 1905 and in 1907 he published the travelogue East of Suez: Ceylon, India, China and Japan describing his journeys through those countries. In 1908 he married Anne Weightman Walker.Penfield died on June 19, 1922 at his home on Fifth Avenue in Manhattan of "congestion of the brain". He was buried at Kensico Cemetery in Valhalla, New York.

He became the United States Ambassador to Austria-Hungary from 1913 to 1917. 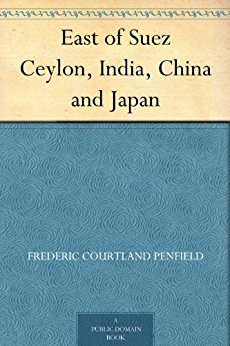