Other photo of Gary Knight

The International Law of the Sea: Cases, Documents, and Readings

Since 1945, the law of the sea has been developing at a rapid pace, becoming one of the most important areas of public international law. In addition to the 1982 United Nations Convention on the Law of the Sea, there are more than one hundred treaties or agreements relating to this area. The aim of this book is to introduce the reader to the principal aspects of the law of the sea in a comprehensive one-volume reference guide. Important treaties, cases and writers' opinions are all included. 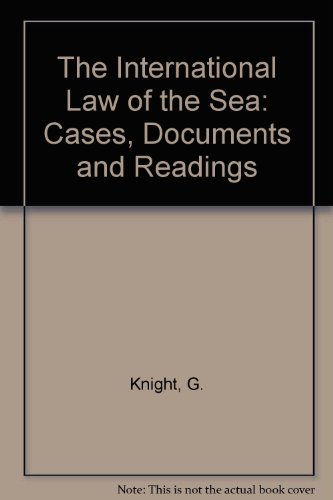