The Workload of the Supreme Court

(Examines the history of the workload problem of the Court...)

Examines the history of the workload problem of the Court, analyzes causes of the increased caseload and its impact on the Court's effectiveness, discusses previous research on the increase, and evaluates the earlier findings and con- clusions in light of statistical data.

( The separation of powers along functional lines--legis...)

The separation of powers along functional lines--legislative, executive, and judicial--has been a core concept of American constitutionalism ever since the Revolution. As noted constitutional law scholar Gerhard Casper points out in this collection of essays, barren assertions of the importance of keeping the powers separate do not capture the complexity of the task when it is seen as separating power flowing from a single source--the people. Popular sovereignty did not underlie earlier versions of the separation of powers doctrine. Casper vividly illustrates some of the challenges faced by Washington, Adams, Hamilton, Madison, Gallatin, Jefferson, and many others in Congress and the executive branch as they guided the young nation, setting precedents for future generations. He discusses areas such as congressional-executive relations, foreign affairs, appropriations, and the Judiciary Act of 1789 from the separation of powers vantage point. The picture of our government's formative years that emerges here, of a rich and overlapping understanding of responsibilities and authority, runs counter to rigid, syllogistic views. Separating Power gives us a clear portrait of the issues of separation of power in the founding period, as well as suggesting that in modern times we should be reluctant to tie separation of powers notions to their own procrustean bed.

Casper, Gerhard was born on December 25, 1937 in Hamburg, Germany. Son of Heinrich and Hertha Casper. 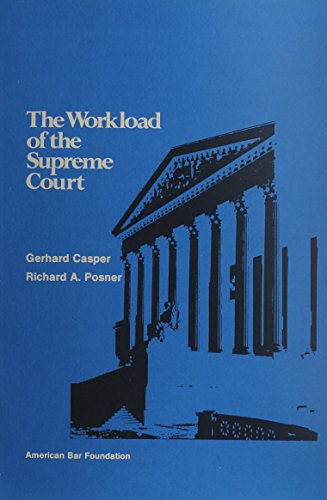 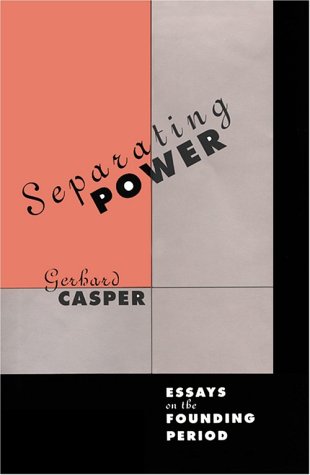