Seaborg in his lab.

Seaborg in his lab.

The Nuclear Properties of the Heavy Elements

(A collection of speeches)

A collection of speeches

Nuclear Milestones: A Collection of Speeches

The Elements Beyond Uranium

Written by Glenn T. Seaborg, Nobel Laureate and pre-eminent figure in the field, with the assistance of Walter D. Loveland, it covers all aspects of transuranium elements, including their discovery, chemical properties, nuclear properties, nuclear synthesis reactions, experimental techniques, natural occurrence, superheavy elements, and predictions for the future.

The Atomic Energy Commission under Nixon: Adjusting to Troubled Times

In this revealing book Nobel Laureate Glenn T. Seaborg tells what it was like to be chairman of the Atomic Energy Commission during the Nixon presidency.

The Plutonium Story: The Journals of Professor Glenn T. Seaborg 1939-1946

(This book chronicles on a day-to-day basis the astounding...)

This book chronicles on a day-to-day basis the astounding story of the discovery of plutonium and the feverish activities to unlock its secrets and enhance its productivity to the levels necessary for the building of an atomic bomb in World War II by its discoverer, Professor Glenn T. Seaborg.

Adventures in the Atomic Age: From Watts to Washington

Here is Glenn Seaborg's autobiography -- the extraordinary story of a modest Swedish American who never strayed from his strong basic commitments throughout a career that gave him national and international fame.

Glenn Theodore Seaborg was an American chemist. He was also a former chairman of the Atomic Energy Commission, and co-winner with Edwin M. McMillan of the Nobel Prize in chemistry for 1951 for their discovery of plutonium and other transuranium elements.

Ethnicity: On his mother's side Seaborg was descended from the Pemer family, a Swedish family of German origin.

At his mother's urging, the family moved to the Los Angeles, California, area when he was ten, in an effort to locate better educational opportunities for the children. 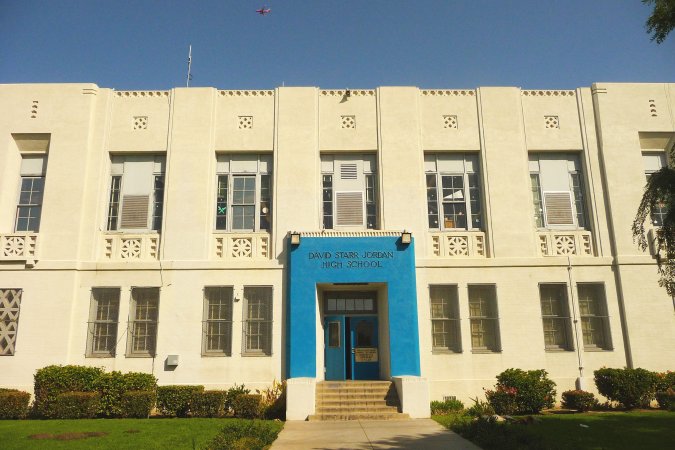 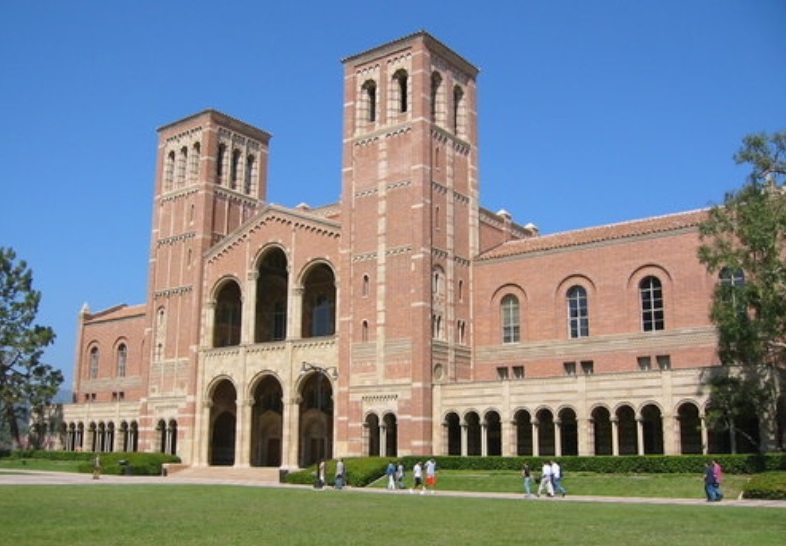 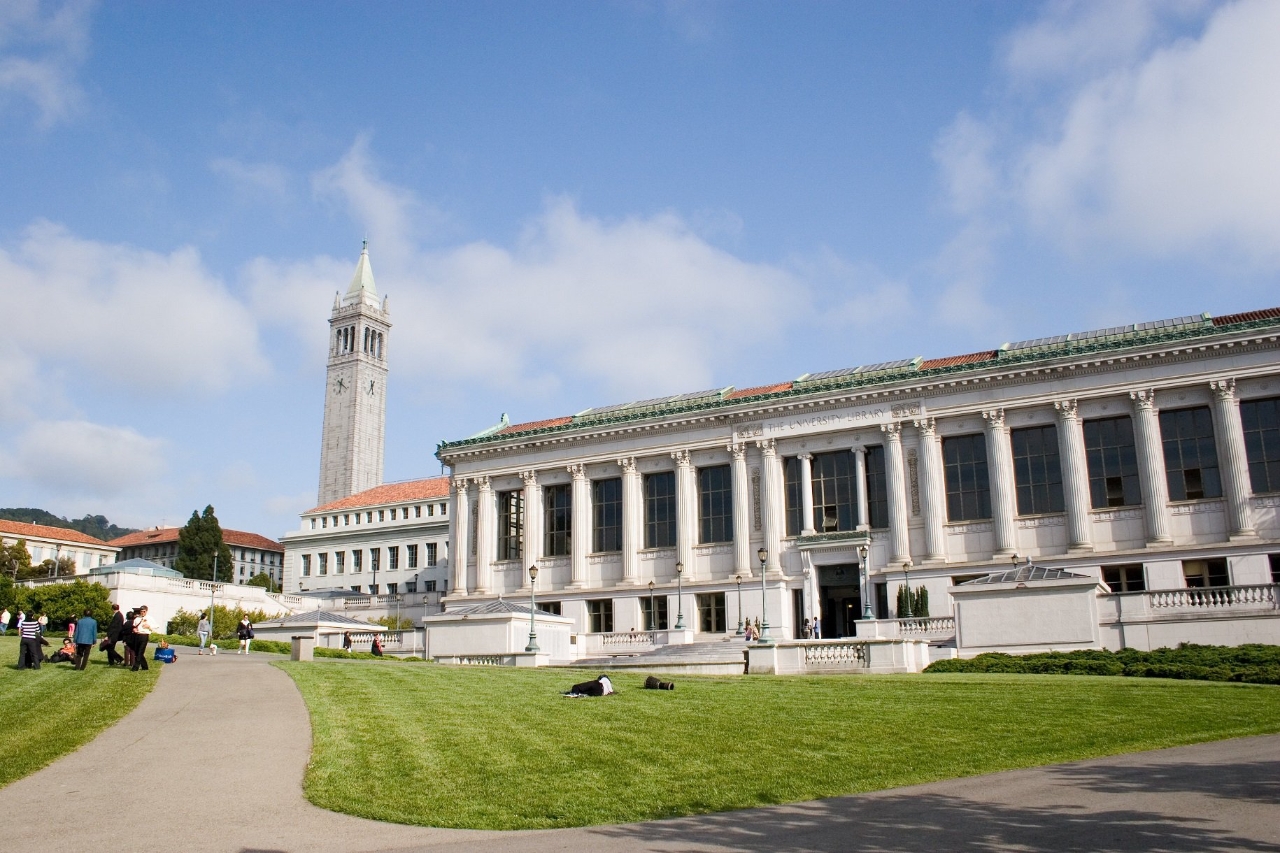 Without a job after graduation in 1937, Seaborg was surprised and delighted when Gilbert N. Lewis asked him to be his personal assistant. Seaborg was able to continue working in his own specialty area: the discovery and chemical characterization of the radioactive isotopes of various elements, including iodine-131, iron-59, and cobalt-60.

Berkeley physicists Edwin McMillan began the search for element 94 but turned the task over to Seaborg when he was called away on war research. Seaborg, by now an instructor in the Chemistry Department (1939 - 1941), produced and chemically identified plutonium in February 1941 by bombarding neptunium with deuterons, the nuclei of the hydrogen isotope deuterium. A month later he and Emilio Segre showed that the isotope plutonium-239 fissioned with slow neutrons, opening the possibility of using it as fuel for a nuclear reactor or the explosive heart of a nuclear weapon. Seaborg was made an assistant professor in 1941. Early the next year John Gofman, a student working with him, created and chemically identified a new isotope of uranium, U-233, which would be of great commercial importance if thorium, readily abundant, ever became a common reactor fuel.

With America's entry into the war and the organization of scientific activity for military purposes, Seaborg took leave from the University of California and joined the nuclear research group, The Manhattan Project, at the University of Chicago. There he was in charge of the investigation of transuranium elements, especially the task of learning plutonium's chemical properties so the element could be extracted from uranium. Visible amounts of plutonium were extracted by the summer of 1942. The microgram quantities produced were used to devise chemical separation techniques tested in a pilot plant at Oak Ridge, Tennessee, and scaled up to industrial size for the plutonium-producing reactors built at Hanford, Washington. The plutonium separated there was transported to Los Alamos, New Mexico, where it was fashioned into components for the bomb tested at Alamogordo in July 1945 and for the weapon dropped on Nagasaki in August.

Seaborg returned to Berkeley in the spring of 1945 as a full professor. While still in Chicago, he and his colleagues synthesized and separated elements 95 and 96, americium and curium, respectively, and Seaborg fashioned the concept of the actinide group to place the heavy elements in the periodic table. This idea enabled him to predict the chemical properties of still-higher numbered transuranium elements.

At Berkeley between 1946 and 1958 he and his group (sometimes collaborating with other laboratories) discovered six more elements: berkelium (97), californium (98), einsteinium (99), fermium (100), mendelevium (101), and nobelium (102). Element 106 was found some years later. With scientific distinction came additional responsibilities. Seaborg was director of Berkeley's Nuclear Chemistry Division (1946-1958 and 1972 - 1975) and an associate director of the campus' Radiation Laboratory (1954 - 1961 and after 1972), founded by Ernest Lawrence.

He also served on the national scene. President Truman appointed him a member of the Atomic Energy Commission's first General Advisory Committee (1947 - 1950), which was chaired by Robert Oppenheimer. These positions did not pull Seaborg away from laboratory work, but a request from a most unexpected direction began that process. Berkeley's chancellor, Clark Kerr, asked Seaborg, a sports fan, to be the faculty representative to the Pacific Coast Intercollegiate Athletic Conference. He accepted and served (1953 - 1958) during a time of scandals that forced the conference's dissolution and the creation of a successor organization. Indeed, he was a leading figure who displayed administrative skills in navigating through that troubled period.

When Kerr was elevated to the presidency of the multi-campus University of California in 1958, he asked Seaborg to be the next chancellor at Berkeley. Seaborg served in this position during a period of great activity: various departments, colleges, and institutes were created, while others were restructured. Increased federal funding offered greater opportunities for graduate education, numerous buildings were constructed or planned, programs to improve the quality of teaching were initiated, and teams in several sports were remarkably successful. Seaborg responded to invitations at the national level as well and was appointed by President Eisenhower to the President's Science Advisory Committee (1959 - 1961) and to the National Science Foundation's National Science Board (1960 - 1961).

In early, 1961 newly inaugurated President Kennedy appointed Seaborg chairman of the Atomic Energy Commission (AEC). He had held this post for ten years - longer than any other chairman - under Presidents Kennedy, Johnson and Nixon. As it was a full-time job requiring residence in Washington D. C., Seaborg took an extended leave of absence from the University of California. The AEC's mission was two-fold: to design and build nuclear weapons and to encourage peaceful uses of nuclear energy. The commission's history during this period has not yet received enough attention, so Seaborg's leadership cannot be fully evaluated. New weapons - such as the Minuteman intercontinental ballistic missile - were deployed, while other weapons - such as missiles with multiple warheads - were developed. The nation's stockpile of arms reached a point where the production of fissionable material was reduced. Seaborg also was involved in the government's successful effort to negotiate the Limited Nuclear Test Ban Treaty (1963) and the Non-Proliferation Treaty (1970).

As the discoverer of plutonium Seaborg preferred to encourage its use for peaceful purposes rather than as the prime ingredient in atomic bombs or the trigger in hydrogen bombs. His years at the AEC were ones in which the peaceful atom seemed likely to succeed. Radioactive materials were used in medical diagnosis and treatment, industrial product testing, the dating of archeological artifacts, power packs for instruments that must be left unattended, and other applications that are noncontroversial. But the major uses, once so promising, were dead or moribund by 1985. The AEC's Plowshare program, in which nuclear explosives would carve out harbors and canals and pulverize rock for easier mineral extraction, proved to be neither economically nor politically viable. The same is true of the nuclear-powered spacecraft (which never got off the drawing board) and nuclear-powered merchant ships (which were built).

During the early 1960s electrical utilities could not sign up fast enough for the construction of nuclear reactors. By the end of the decade and through the 1970's they canceled contracts faster than they sought new ones. Unanticipated time delays, enormous cost overruns, smaller demand for electricity, construction quality problems, safety uncertainties, public opposition, and other factors turned nuclear power into an industry with a great future behind it. But if this has been a failed generation of reactors, a number of them nevertheless were built and more will come on line in the future. Support for the next generation-breeder reactors - which would produce more fissionable material than they consume and which would utilize the presently "wasted" uranium-238 or thorium-232 (the latter yields U-233, discovered by Gofman and Seaborg) had been withdrawn by the federal government.

Seaborg returned to Berkeley in 1971 as a University Professor of Chemistry. During his years in Washington D. C. and after he served on numerous other governmental committees and played an active role in professional societies. In the 1980s, he published two books, the first being Kennedy, Khrushchev and the Test Ban (1981). In 1987 Stemming the Tide: Arms Control in the Johnson Years was published.

On August 24, 1998, while in Boston to attend a meeting by the American Chemical Society, Seaborg suffered a stroke, which led to his death six months later on February 25, 1999, at his home in Lafayette. 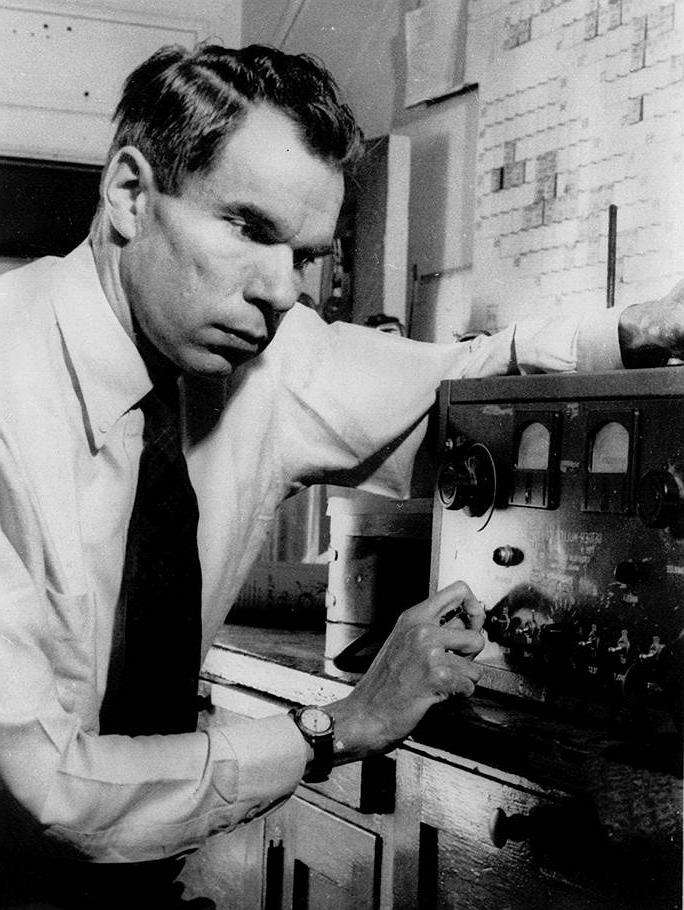 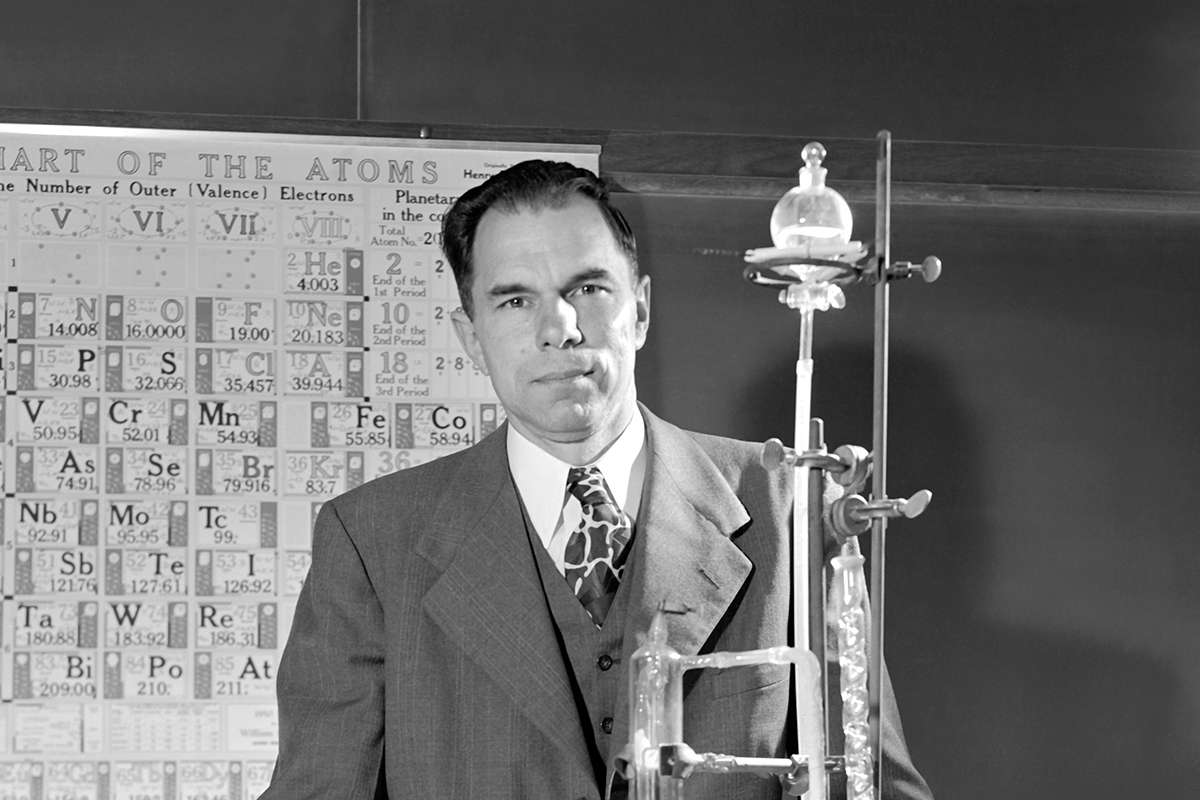 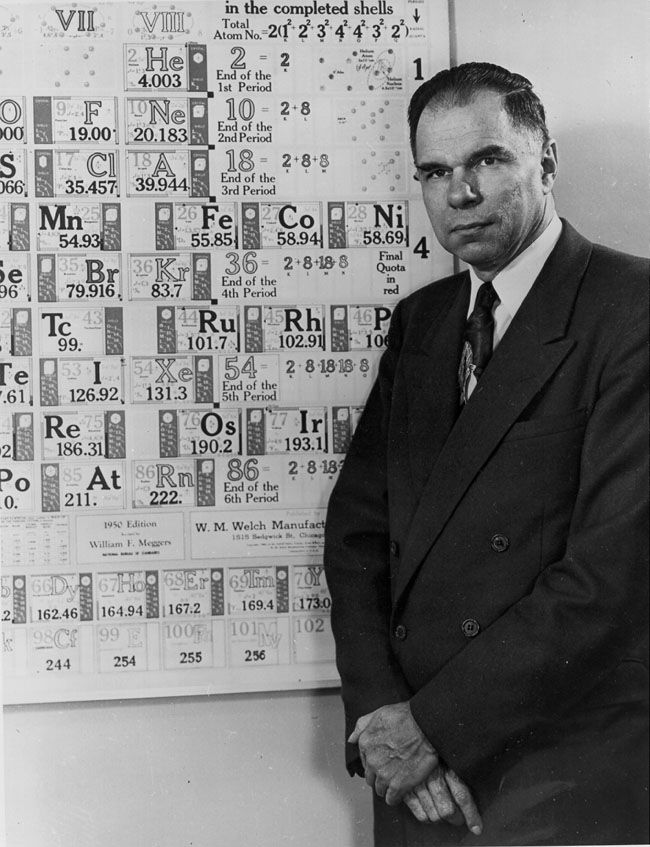 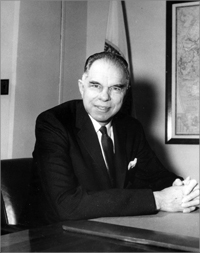 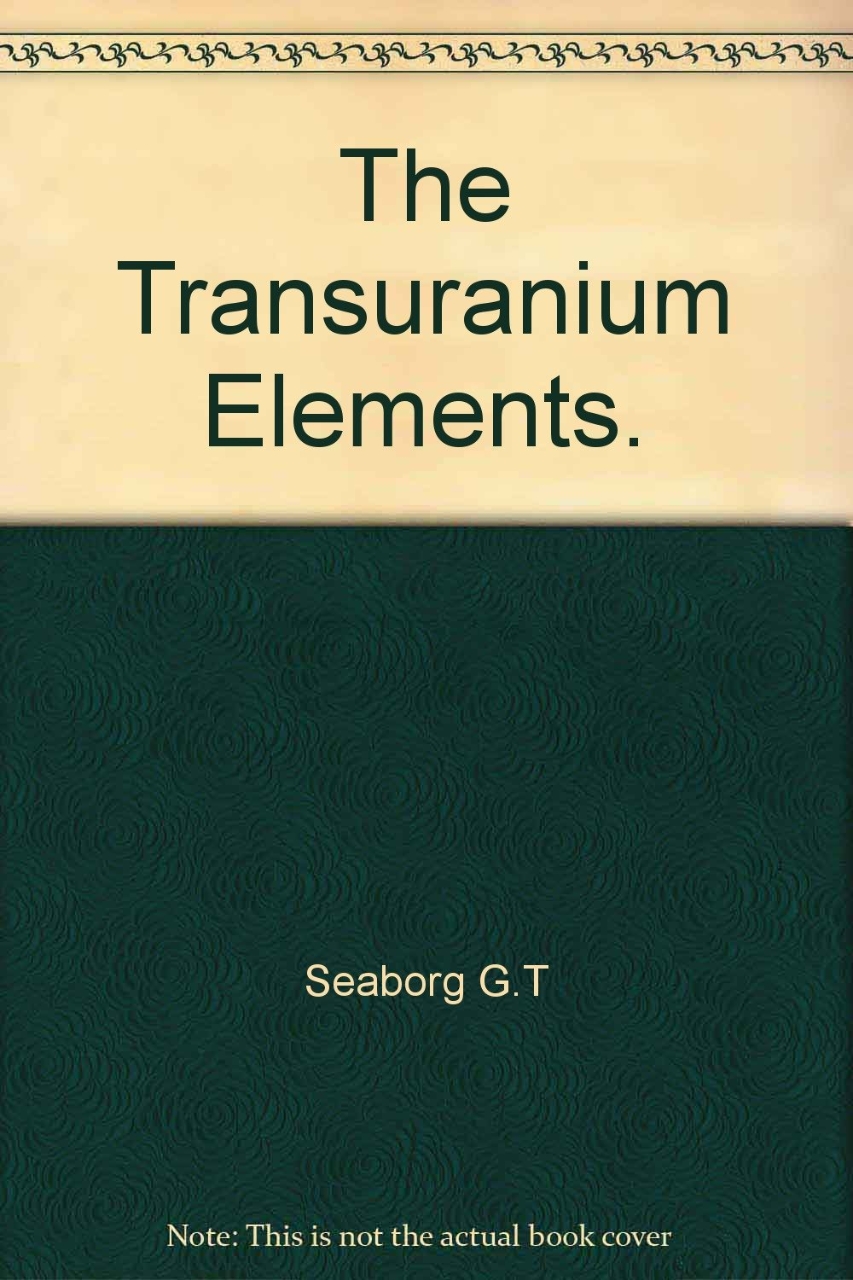 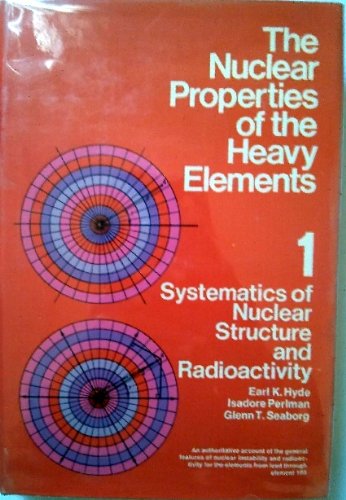 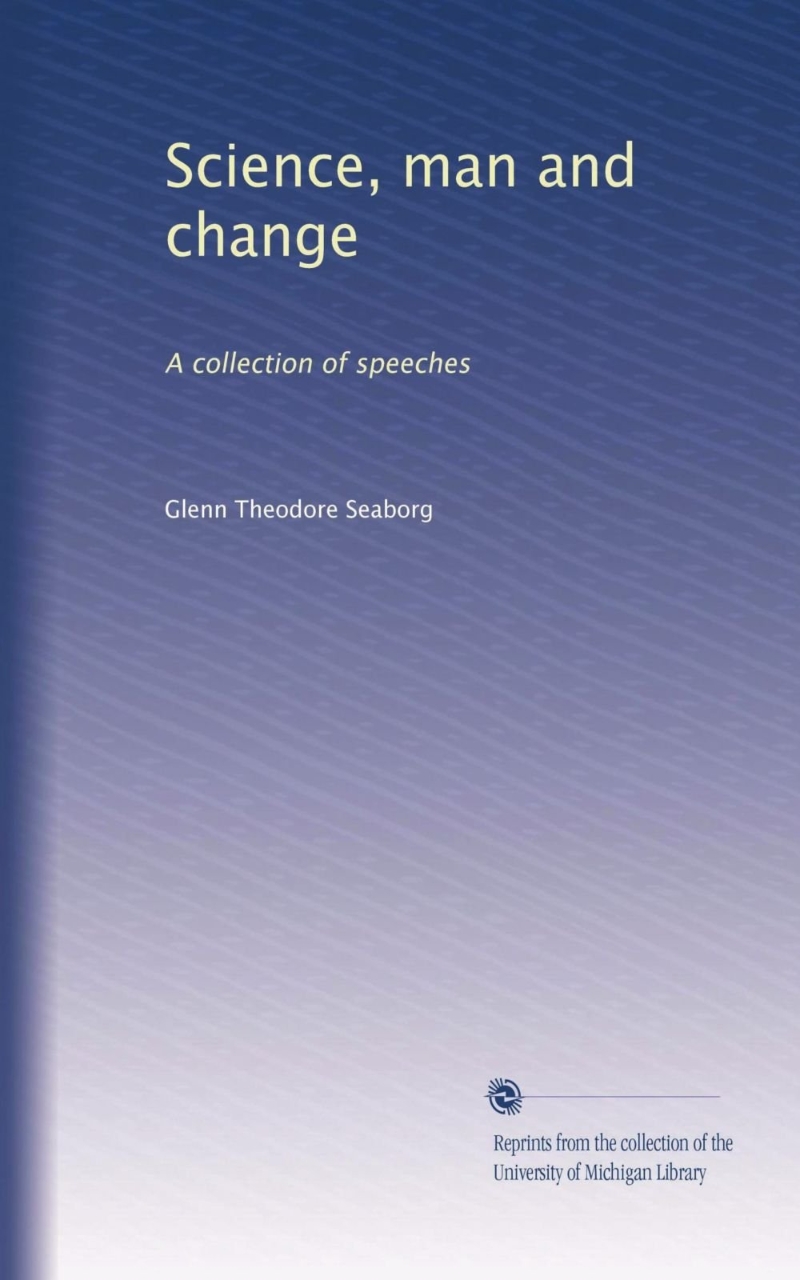 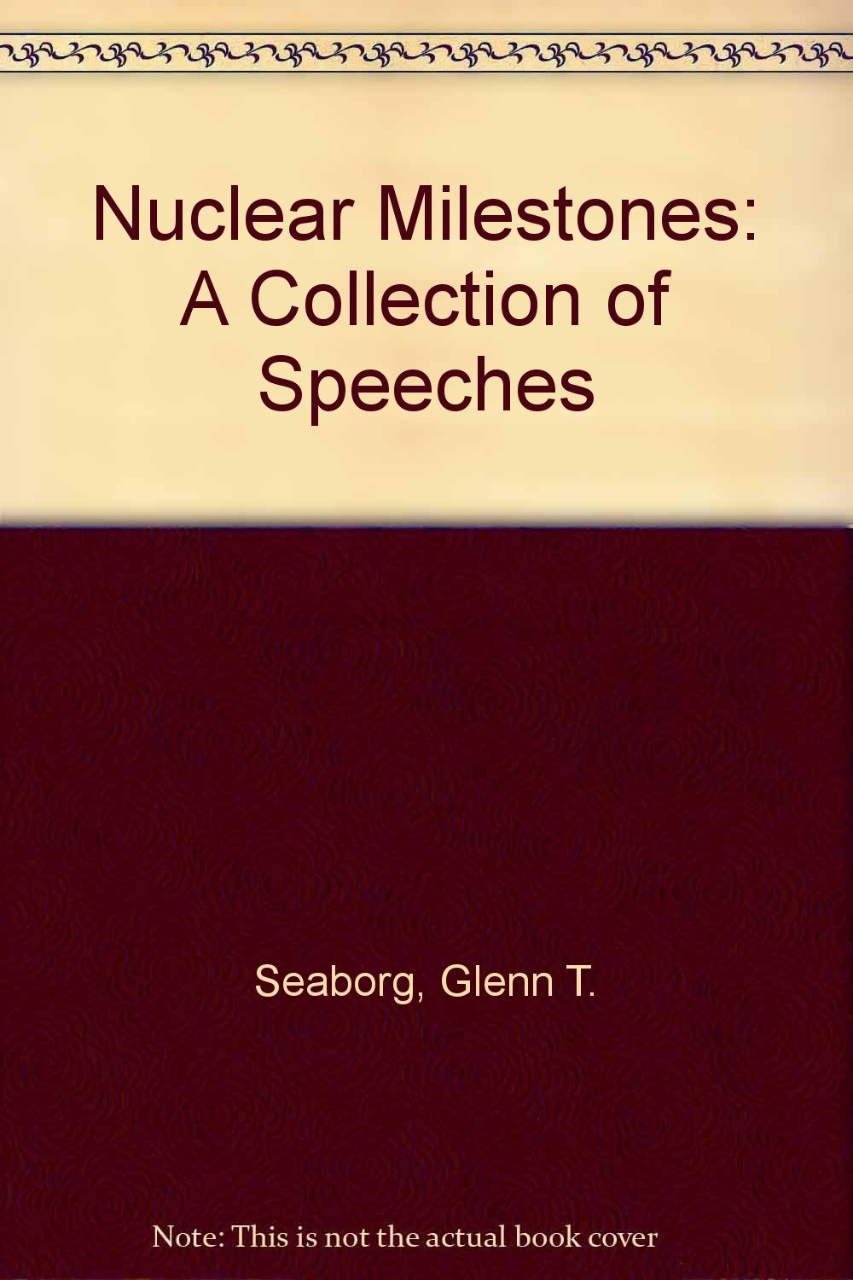 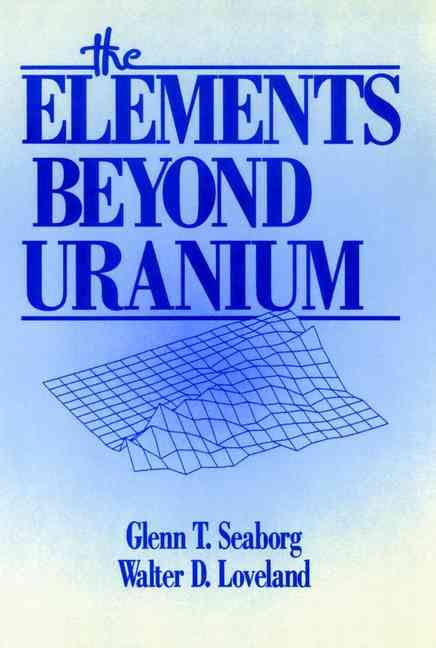 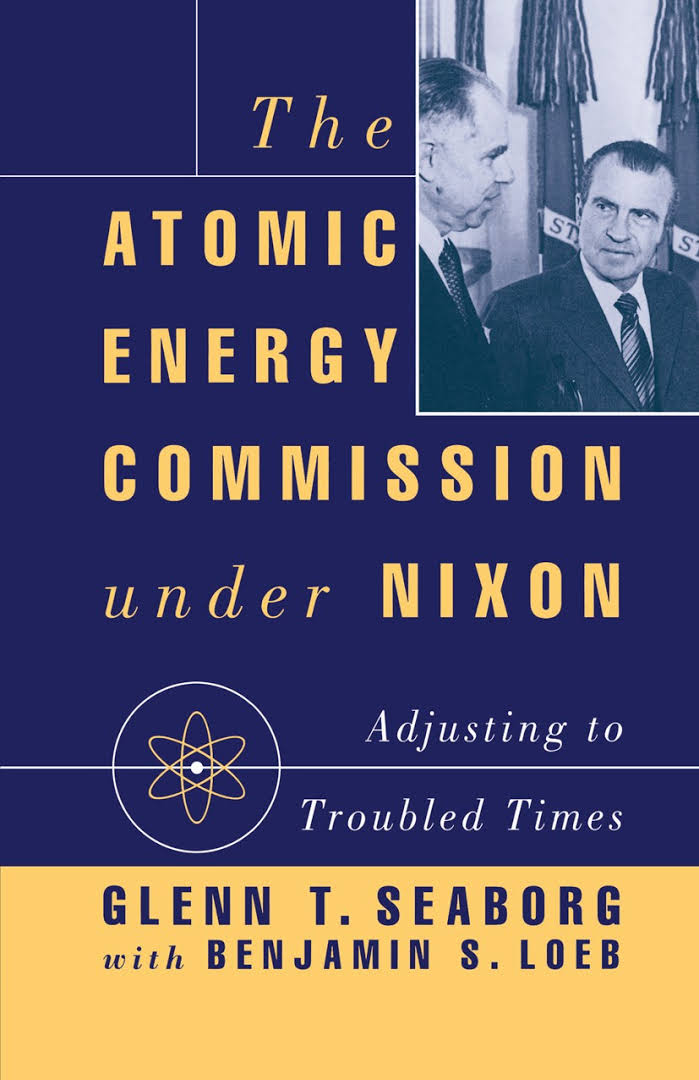 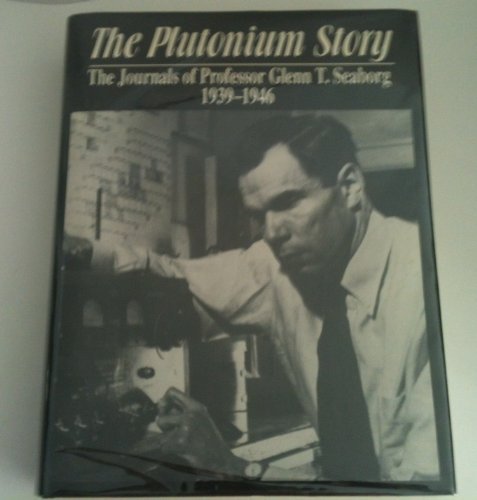 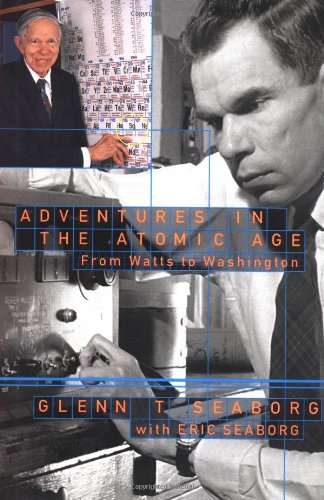 As an adviser to 10 U. S. presidents, from Franklin D. Roosevelt to George H. W. Bush, Seaborg visited more than 60 countries to promote international scientific cooperation and nuclear arms control treaties. Although he was actively involved in the development of the atomic bomb, he was one of the six signatories of the Franck Report (1945), which urged that the bomb be demonstrated to the Japanese instead of being used against a civilian population. He considered control of nuclear weapons the most crucial problem facing humanity, and he laid the groundwork for the 1968 Treaty on the Non-proliferation of Nuclear Weapons, which he considered “perhaps the most important step in arms limitation since the advent of the nuclear age.”

Quotations: “All my life I've been surrounded by people who are smarter than I am, but I found I could always keep up by working hard. ”

“People must understand that science is inherently neither a potential for good nor for evil. It is a potential to be harnessed by man to do his bidding. ”

Glenn Seaborg was an honorary member of many foreign scientific societies, such as the Royal Swedish Academy of Sciences in 1972 and a Foreign Member of the Royal Society (ForMemRS) of London in 1985.

Outside the political and scientific arenas, Seaborg was a devoted family man and outdoor enthusiast. He was an avid hiker. Upon becoming Chairman of the Atomic Energy Commission in 1961, he commenced taking daily hikes through a trail that he blazed at the headquarters site in Germantown, Maryland.

Seaborg married Helen L. Griggs in 1942. They had seven children.