The Society of Captives: A Study of a Maximum Security Prison (Princeton Classic Editions)

The Society of Captives, first published in 1958, is a classic of modern criminology and one of the most important books ever written about prison. Gresham Sykes wrote the book at the height of the Cold War, motivated by the world's experience of fascism and communism to study the closest thing to a totalitarian system in American life: a maximum security prison. His analysis calls into question the extent to which prisons can succeed in their attempts to control every facet of life--or whether the strong bonds between prisoners make it impossible to run a prison without finding ways of "accommodating" the prisoners. Re-released now with a new introduction by Bruce Western and a new epilogue by the author, The Society of Captives will continue to serve as an indispensable text for coming to terms with the nature of modern power.

The Society of Captives: A Study of a Maximum Security Prison (Princeton Classic Editions) by Sykes, Gresham M. (2007) Paperback

The Society of Captives: A Study of a Maximum Security Prison (Princeton Classic Editions) by Gresham M. Sykes (1-Apr-2007) Paperback

Sykes, Gresham M'Cready was born on May 26, 1922 in Plainfield, New Jersey, United States. Son of M'Cready and Beatrice (Evans) Sykes. 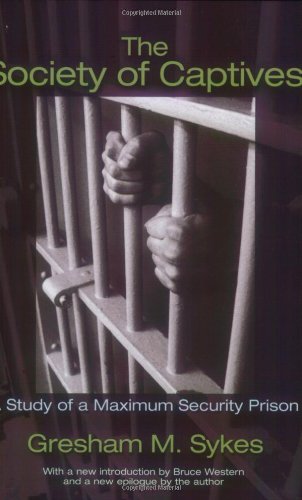 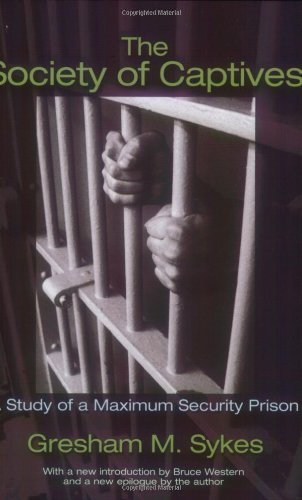 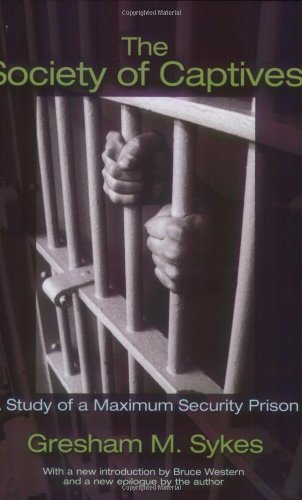