(WW I, the forgotten war, suffered eclipse in the glare of...)

WW I, the forgotten war, suffered eclipse in the glare of a larger calamity 20 years later. In an attempt to restore perspective, Harold Straubing culled a mass of materials from contemporary magazine and newspaper articles, diaries, private files, speeches, books, interviews, poems, military journals and political texts. The result is a remarkable panorama of the impact of war on individual lives. Until industrial warfare hit in 1914, the world still thought of combat as glorious and of war as something more than a game, but something less than total or catastrophic. The 20th century experience poleaxed those expectations. "Solid research, a great story, remarkable compression...probably the best book of its kind for contemporary reasons." (B-O-T Editorial Review Board) 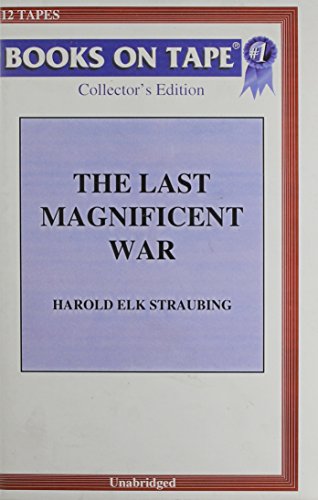