Clancy graduated from McGill University in 1987.

Other photo of Heather Clancy

Clancy graduated from McGill University in 1987.

Niche Down: How To Become Legendary By Being Different

Heather Clancy is an American editor. She is an editorial director for GreenBiz. com.

Clancy was born on July 21, 1965 in Minneapolis, United States; the daughter of Gerald Patrick Clancy and Beth Ann (Hazzard) Richardson.

Clancy received a Bachelor of Arts degree in English Literature from McGill University in 1987.

Clancy began her career as a business writer at United Press International in 1987. Two years later she took a position of an associate editor of Computer Reseller News in New York. Then in 1991, Heather was appointed a senior editor of the same magazine in San Jose.

Also in 1993, she became an emerging technologies editor of Computer Reseller News in San Mateo. Two years later she held a position of an editor of special reports and senior executive editor in 1997 of Computer Reseller News in Jericho, New York. Since 1997 Clancy was an editor of that magazine. Nowadays she is an editorial director for GreenBiz. com. She chronicles the role of technology in enabling the adoption of renewable energy and empowering clean economy. 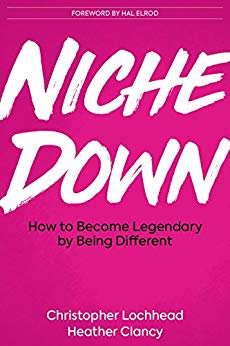 Clancy believes passionately that profit and concern for the planet Earth aren't mutually exclusive - indeed, it's one of the smartest business strategies around.