Other photo of Henry Armstrong

Gloves, Glory, and God: An autobiography

Gloves, Glory, and God: An autobiography [Henry Armstrong] on Amazon.com.

Henry Armstrong is a boxer from Mississippi and a world phenomenon in boxing. He is the only boxer to this day who simultaneously held three world boxing titles - in Featherweight, Lightweight, and welterweight champion in 1938. He is considered to be one of the greatest boxers who lived on Earth. Also, he belongs to a group of boxers who have won boxing championships in three or even more different categories.

Henry Melody Jackson Jr. was born on December 12, 1912. He was born in Columbus, Mississippi. He had a large family. He was the 11th child among 15 brothers and sisters. Henry was born to Henry Jackson Sr and America Jackson. His father was a sharecropper. Henry Jr. was of African-American, Irish and Native American descent from his paternal side. From his maternal side, he was Iroquois (Native American). When he was very young, at the age of 4, he had to move with his family to St. Louis.In St. Louis his grandmother took care of him after his mother, America, died.

Henry Armstrong finished primary school in St. Louis. He graduated from Vashon High School. He didn't need education to pursue his dream of becoming a boxer. During the years at Vashon High School he earned good grades and was well respected by his peers. He gained interest for boxing while he was attending Toussaint L'Ouverture Grammar School in Mississippi. Because of his low height and reddish hair he was nicknamed „Red“.

From 1929 to 1932 he fought as an amateur boxer. During that time he boxed under the pseudonym Melody Jackson. He was a phenomenom in the world of boxing - he was a champion in three boxing categories for a short period of time.

Sadly, he lost his welterweight championship title to Fritzie Zivic in the Fall of 1940.

One year after this defeat, he tried again to acquire the welterweight champion title in the Winter of 1941, but was koncked out by Zivic for the second time.

But how did this famous boxer really began his career? Let's find out.

After he graduated from Vashon High School, his father became very ill and it was the time of Great Depression, Armstrong had to take things in his hands and start taking care of his family. Armstrong was in the need for money for his college and to care of his family. He employed himself as a section hand at the Missouri Pacific Railroad. But, he wasn't satisfied with his working condition at Missouri Pacific Railroad. Armstrong didn't like his paycheck and he knew that it won't be enough to attend college. His whole perspective changed when he saw an article in the local newspaper about boxer Kid Chocolate who just recently earned above $50,000 for one boxing bout. Inspired by Kid Chocolate's success, he wanted to become a professional boxer.

After that decision he did everything to pursue his dream of becoming a boxer. Young Henry Melody Jackson Jr. met Harry Armstrong, who was a former boxer. Harry Armstong became his trainer and also became his friend. He chooses to fight under the name Melody Jackson. His first amateur fight held in St. Louis went very good for him, he knocked out his opponent in the second round. After his first succesful amateur fight, Armstrong was winning and winning all over again. Later, he moved to Pittsburgh, Pennsylvania to pursue his dream of becoming a professional boxer. Sadly, he lost his first professional fight when he received a knock out by his opponent in the boxing ring. The reasons for hiss loss were malnutrition and lack of preparation for the match. After loss at his first match, Armstrong managed to win his second boxing match. Despite that, disappointed and doubting his professional career, he moves back to St. Louis.

With the height of only 5 ft 5 inch (165 cm) he became the fighter of the featherweight class. In Los Angeles, he lost his first two pro boxing fights, but soon afterward he began winning his bouts in a consistent manner. Because of his extaordinary boxing technique filled with fast movement and painful knockouts he did to his opponents in the ring, he gained nicknames such as: Perpetual Motion, Homicide Hank, Hurricane Hank, Hammerin' Hank and many other nicknames describing his boxing technique the world has never seen before.

In Los Angeles, Armstrong was fighting in the ring very often, up to 12 times a year, because money awards for winning a fight were low. To increase his income, Henry Armstrong opened his own shoe shine stand. He operated his stand from 1931 to 1934. After witnessing Henry Armstrong's boxing bouts, an entertainer from New York named Al Jonson, became impressed with his boxing technique and convinced his manager friend, also from New York - Eddie Mead, to take on the Armstrong. Al Jonson got the money to buy out Wirt Ross' contract with Armstrong. The buy-out sum was $5,000.

Entertainer George Raft also became a part of boxer's management team after he paid an additional sum of money for the contract. George Raft and others from the manager team were responsible of Henry Armstrong's three consistent world champion titles.

In 1945, Henry Armstrong decided to give up with boxing and retire from it, after winning one fight, one loss and one draw. Armstrong traveled to various Asian countries, such as China, Burma, India, Thailand, with his manager George Raft in a group of people designated to entertain and teach fighting techniques Asian soldiers. Upon coming back to Los Angeles from the Asian tour, Henry Armstrong became a boxing manager. His career as a boxing manager was short-term, because of his alcohol abuse which eventually led Henry Armstrong to his arrest.

From boredom after his retirement, he opened a night club in Harlem in 1946. He named his night club The Melody Room. In 1949 he reached religious enlightenment and converted into Baptism. He became a Baptist minister. The main church he operated in was Morning Star Baptist Church. He also became a youth minister. He founded the Henry Armstrong Youth Foundation. The mission of his foundation was to offer help to problematic youth.

Armstrong wrote two books - Twenty Years of Poem, Moods, and Mediations, published in 1954, and Gloves, Glory, and God, his autobiography, released in 1956. He released profits from his books to his youth foundation. In 1972 he became the director of Herbert Hoover Boys Club in St. Louis. He stayed in St. Louis for a while. In St. Louis he served as a pastor at local Baptist church.

Throughout his career he had nicknames Homicide Hank, Hurricane Hank and Hammerin' Hank, Perpetual Motion, which all justify how tough opponent he was. His name is Henry Melody Jackon Jr. , but he is known to the audience by the name under which he fought - Henry Armstrong. Boxing technique of Herny Armstrong included fast movement and knockout hits. He made it to the second place of the magazine Ring's list of the best fighters in the past 8 decades. He definetely deserved that rank. Armstrong only received two knockouts in his career, but gave many knockouts to his opponents. 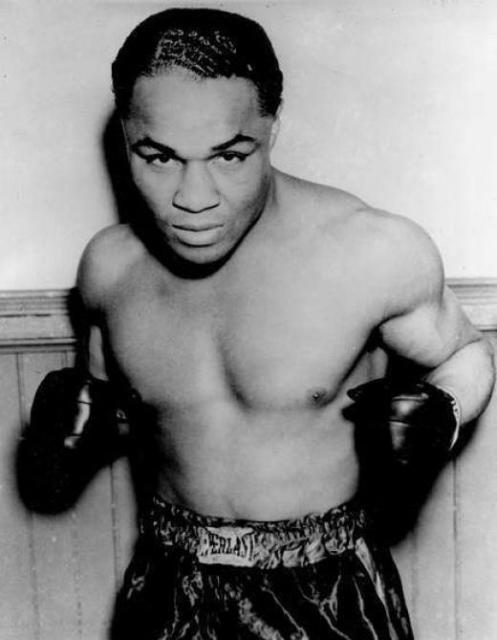 Armstrong was born as a Christian. Later in his life, he converted to Baptism and also worked as a pastor in several Baptist churches.

Henry Armstrong was never in politics nor he was a member of a political party. He dedicated most of his life to boxing and did not have time for politics.

He didn't have a bright world outlook. He was many times disappointed in life so he didn't trust to a lot of people. He was a born fighter and he hated injustice.

He was a good and generous person. He didn't fear anything what life brings. Armstrong was a big altruist and did a lot of charity work.

In his later years he gave up to alcohol.

Physical Characteristics: He was 5ft 5in tall (165 cm) tall. Armstrong body was muscular. His hair was short and black. He had brown deep-set eyes.

Armstrong first got married in 1934. His wife was Willa Mae Shony. He had one daughter with Willa, Lanetta. Marriage with Willa ended by divorce. Later he remarried for many times.