Other photo of Henry Cavendish

An Account of Experiments Made by Mr. John McNab, at Henley House, Hudson's Bay, Relating to Freezing Mixtures. by Henry Cavendish. Read at the Royal Society, February 23, 1786

The Electrical Researches of the Honourable Henry Cavendish, F.R.S.: Written Between 1771 and 1781

Henry Cavendish was a natural philosopher, the greatest experimental and theoretical English chemist and physicist of his age.

Henry Cavendish was born on 10 October 1731 in Nice, where his family was living at the time. His mother was Lady Anne Grey, fourth daughter of Henry Grey, 1st Duke of Kent, and his father was Lord Charles Cavendish, third son of William Cavendish, 2nd Duke of Devonshire. His mother died in 1733, three months after the birth of her second son, Frederick, and shortly before Henry’s second birthday, leaving Lord Charles Cavendish to bring up his two sons.

At eleven Cavendish was sent to Dr. Newcome’s Academy at Hackney, a school attended mainly by children of the upper classes. He proceeded to St. Peter’s College, Cambridge, in 1749, entering as a Fellow Commoner. He remained at Cambridge until 1753, leaving without a degree, a practice frequent among Fellow Commoners.

There is no record of his activities during the decade after 1753, although it may be assumed that he was active in science, his only great interest. In 1766 he published his first important chemical paper, "Factitious Air, " concerning his discovery of hydrogen, or inflammable air. His two vital reports, "Experiments on Air, " were published in the Philosophical Transactions of 1784 and 1785. The voluminous manuscripts uncovered after his death show that he carried on experimental, observational, and mathematical researches in literally all of the physical sciences of his day.

Cavendish left unpublished whatever did not fully satisfy him, and that included the great majority of his researches. The profundity of his private studies has exercised an immense fascination on subsequent workers in the fields that Cavendish explored. The totality of Cavendish’s researches was too vast for that design. The unifying ideas underlying Cavendish’s numerous and varied basic researches relate to the Newtonian framework in which he chose to work. His extant manuscripts suggest that he devoted much early effort to dynamics. He proved that the time average of the mechanical momentum of a collection of particles remains sensibly constant, provided the forces have certain symmetry properties. He related this theorem to another conservation law.

In his first report Cavendish described the use of the electric spark to burn five parts of common air with two parts of hydrogen to form water, thus establishing the compound nature of water.

The second report is based on an experiment by which an electric spark caused the combination of nitrogen and oxygen over water, the product reacting to form nitric acid. In the second of these papers, Cavendish noted that 1/120 part of the air was unreactive, an observation which foreshadowed the presence of the inert gas argon, to be discovered by Sir William Ramsay 100 years later. Cavendish also investigated latent and specific heats from 1796 to 1798, invented the eudiometer tube, and introduced the use of drying agents.

He anticipated many of the nineteenth-century discoveries in electricity, but his writings on these subjects remained in the Devonshire family until 1879, when Clerk Maxwell edited Chemical Research of the Hon. Henry Cavendish. He conceived the possibility of electrical potential and anticipated Ohm's law in his measurements of conductance of electrical charge, and measured inductive capacity.

Among his publications were "Phenomena of Electricity, " published in the Philosophical Transactions (1771); Discovery of the Composition of Water (1784); Discovery of the Composition of Nitric Acid (1785); Freezing Point of Mercury (1783); Experiments to Determine the Density of the Earth (1798); and An Improved Method for Graduating Astronomical Instruments (1809). In 1851 George Wilson published a Life of Honorable Henry C. Cavendish, and in 1921 the Royal Society published the history of his scientific researches in two volumes. In 1874 the Cavendish Physical Laboratory was dedicated at Cambridge University.

Cavendish investigated the products of fermentation, showing that the gas from the fermentation of sugar is indistinguishable from the "fixed air" characterized as a constituent of chalk and magnesia by Black (both are, in modern language, carbon dioxide). Another example of Cavendish's technical expertise was Experiments on Rathbone-Place Water (1767), in which he set the highest possible standard of thoroughness and accuracy. It is a classic of analytical chemistry. In it Cavendish also examined the phenomenon of the retention of "calcareous earth" (chalk, calcium carbonate) in solution, and in doing so he discovered the reversible reaction between calcium carbonate and carbon dioxide to form calcium bicarbonate, the cause of temporary hardness of water. He also found out how to soften such water by adding lime (calcium hydroxide). In his study of the methods of gas analysis Cavendish made one remarkable observation. He was sparking air with excess oxygen (to form oxides of nitrogen) over alkali until no more absorption took place and noted that a tiny amount of gas could not be further reduced, "so that if there is any part of the phlogisticated air of our atmosphere which differs from the rest, and cannot be reduced to nitrous acid, we may safely conclude, that it is not more than 1/120 part of the whole. " As is now known, he had observed the noble gases of the atmosphere.

One of Cavendish's researches on the currently engrossing problem of combustion made an outstanding contribution to fundamental theory. Without seeking particularly to do so, in 1784 he determined the composition of water, showing that it was a compound of oxygen and hydrogen ("dephlogisticated air" and "inflammable air"). Joseph Priestley had reported an experiment of Warltire in which the explosion of the two gases had left a dew on the sides of a previously dry vessel. Cavendish studied this, prepared water in measurable quantity, and got an approximately correct figure for its volume composition. Cavendish had the ability to make an apparently limited study yield far-reaching results. An example is his study of the origin of the ability of some fish to give an electric shock. He made up imitation fish of leather and wood, soaked in salt water, with pewter attachments representing the organs of the fish which produced the effect. By using Leyden jars to charge the imitation organs, he was able to show that the results were entirely consistent with the fish's being able to produce electricity. This investigation was among the earliest in which the conductivity of aqueous solutions was studied.

Cavendish began to study heat with his father, then returned to the subject in 1773-1776 with a study of the Royal Society's meteorological instruments, in the course of which he worked out the most important corrections to be employed inaccurate thermometry. In 1783 he published a study of the means of determining the freezing point of mercury. In it he added a good deal to the general theory of fusion and freezing and the latent heat changes accompanying them.

His most elaborate (and celebrated) investigation was that on the density of the earth. He took part in a program to measure the length of a seconds pendulum in the vicinity of a large mountain (Schiehallion). Variations from the period on the plain would show the attraction exerted by the mountain, from which the density of its substance could be calculated. Cavendish also approached the subject in a more fundamental way by determining the force of attraction of a very large, heavy lead ball for a very small, light ball. The ratio between this force and the weight of the light ball would furnish the mass of the earth. His results were unquestioned and unsurpassed for nearly a century.

Cavendish died on February 24, 1810. He was buried in All Saints Church, Derbyshire. 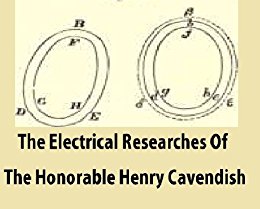 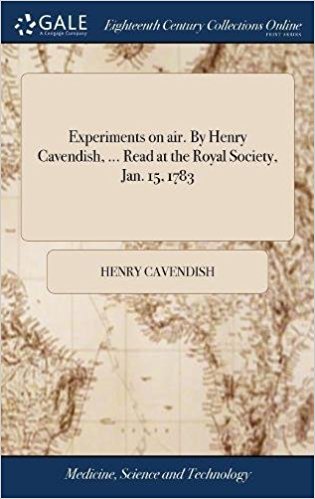 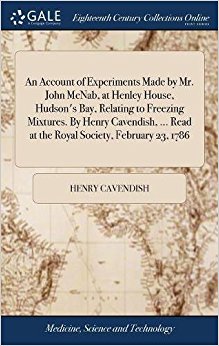 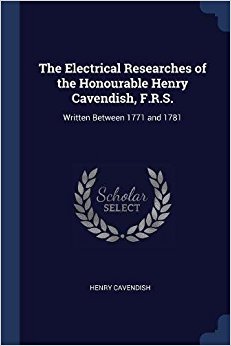 Quotations: “A small bubble of air remained unabsorbed... if there is any part of the phlogisticated air nitrogen of our atmosphere which differs from the rest, and cannot be reduced to nitrous acid, we may safely conclude that it is not more than 1/120 part of the whole."

He was a foreign associate of the Institute of France in 1803.

Cavendish inherited two fortunes that were so large that Jean Baptiste Biot called him "the richest of all the savants and the most knowledgeable of the rich."

He had peculiarities of dress and diet and a speech defect.

Cavendish was a shy man who was uncomfortable in society and avoided it when he could. He could only speak to one person at a time, and only if the person were known to him and male. Cavendish conversed little, always dressed in an old-fashioned suit, and developed no known deep personal attachments outside his family. Cavendish was taciturn and solitary and regarded by many as eccentric. He only communicated with his female servants by notes. He avoided meeting people, and even sometimes his domestics were forbidden to appear in his presence. He shunned conventional society, which, by all contemporary accounts, he found difficult

By one account, Cavendish had a back staircase added to his house to avoid encountering his housekeeper because he was especially shy of women. The contemporary accounts of his personality have led some modern commentators, such as Oliver Sacks, to speculate that he had Asperger syndrome, though he may merely have been anthropophobic.

In an age when leading British scientists were largely middle-class, Henry Cavendish stood out for his high aristocratic lineage. Cavendish had independent means all of his life and never had to prepare for a profession; at some point he became immensely wealthy through bequests from relatives. Henry Cavendish had fitful habits of publication that did not at all reveal the universal scope of his natural philosophy.

At no time did he show an interest in entering the nonscientific world open to one with his assets of wealth and class. Instead, he devoted himself almost exclusively to scientific pursuits. Cavendish was a scientist of high rank, but his retiring manner kept him and his work from public notice.

Although without title (he was, however, often addressed by the courtesy title “Honourable”), he was descended from dukes on both sides he found his sole social enjoyment in the meetings of the Royal Society, of which he became a fellow in 1760.

At his death, he was the largest depositor in the Bank of England.

He never married and, despite the inheritance of a large fortune, he lived simply.