( This work has been selected by scholars as being cultur...)

This work has been selected by scholars as being culturally important, and is part of the knowledge base of civilization as we know it. This work was reproduced from the original artifact, and remains as true to the original work as possible. Therefore, you will see the original copyright references, library stamps (as most of these works have been housed in our most important libraries around the world), and other notations in the work. This work is in the public domain in the United States of America, and possibly other nations. Within the United States, you may freely copy and distribute this work, as no entity (individual or corporate) has a copyright on the body of the work. As a reproduction of a historical artifact, this work may contain missing or blurred pages, poor pictures, errant marks, etc. Scholars believe, and we concur, that this work is important enough to be preserved, reproduced, and made generally available to the public. We appreciate your support of the preservation process, and thank you for being an important part of keeping this knowledge alive and relevant.

Elements of International Law: With a Sketch of the History of the Science (Classic Reprint)

(Excerpt from Elements of International Law: With a Sketch...)

Excerpt from Elements of International Law: With a Sketch of the History of the Science 3. Natural law applied to the intercourse of states 4. Law of nations distinguished from natural law 5. Law of nature and law of nations asserted to be identical by Hobbes and Puﬂ'endorf 6. How far the law of nations is a positive law derived from the positive consent of nations 7. Law of nations derived from reason and usage 8. The law of nations is not merely the law of nature applied to sovereign states a a 9. There is no universal law of nations 10. International law between Christian and Mohammedan nations 11. Definition of international law 12. In what sense the rules of conduct between states are called laws Divisions of international law 14. Sources of international law. About the Publisher Forgotten Books publishes hundreds of thousands of rare and classic books. Find more at www.forgottenbooks.com This book is a reproduction of an important historical work. Forgotten Books uses state-of-the-art technology to digitally reconstruct the work, preserving the original format whilst repairing imperfections present in the aged copy. In rare cases, an imperfection in the original, such as a blemish or missing page, may be replicated in our edition. We do, however, repair the vast majority of imperfections successfully; any imperfections that remain are intentionally left to preserve the state of such historical works.

(This is a pre-1923 historical reproduction that was curat...)

This is a pre-1923 historical reproduction that was curated for quality. Quality assurance was conducted on each of these books in an attempt to remove books with imperfections introduced by the digitization process. Though we have made best efforts - the books may have occasional errors that do not impede the reading experience. We believe this work is culturally important and have elected to bring the book back into print as part of our continuing commitment to the preservation of printed works worldwide. This text refers to the Bibliobazaar edition.

(Wheaton, Henry. Enquiry Into the Validity of the British ...)

Wheaton, Henry. Enquiry Into the Validity of the British Claim to a Right of Visitation and Search of American Vessels Suspected to be Engaged in the African Slave-Trade. Philadelphia: Lea & Blanchard, 1842. 151 pp. Reprinted 2004 by The Lawbook Exchange, Ltd. Hardcover. New. * Reprint of the first edition. Wheaton 1785-1848 was a distinguished attorney and diplomat. His Elements of International Law (1836) established him as America's foremost authority on that subject. Published simultaneously in the United States and Great Britain, Enquiry criticizes Britain's seizure of American vessels engaged in the Atlantic slave trade. Although the importation of slaves was prohibited by law at this time, Wheaton rejected the right of other nations to enforce this American law. Instead of serving the United States, he reasons, such actions are a violation of its sovereignty.

Henry Wheaton was a United States lawyer, jurist and diplomat.

Henry Wheaton was born in Providence, R. I, the son of Seth and Abigail (Wheaton) Wheaton. He was descended through both his parents, who were first cousins, from Robert Wheaton, who emigrated from Wales to Massachusetts between 1630 and 1636, settling first in Salem and later in Rehoboth. Through his mother, Henry was said to be descended also from William Goffe, the regicide. Seth Wheaton was a successful merchant and at his death was president of the Rhode Island branch of the Bank of the United States; his wife was a woman of fine intellect and culture, whose influence on her son was exceeded only by that of his maternal uncle, Dr. Levi Wheaton.

Wheaton was fitted for college at the University Grammar School, Providence, and entered Rhode Island College (now Brown University) at the age of thirteen. When he graduated, in September 1802, he delivered a commencement oration on "Progress of the Mathematical and Physical Sciences during the Eighteenth Century. " After reading law in a Providence law office, he went to Europe in the spring of 1805, studied Civil Law at Poitiers, translated into English the new Code Napoléon, and visited Paris. 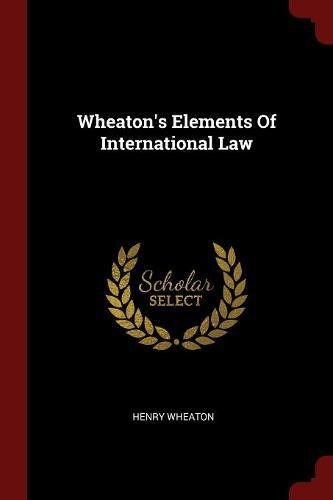 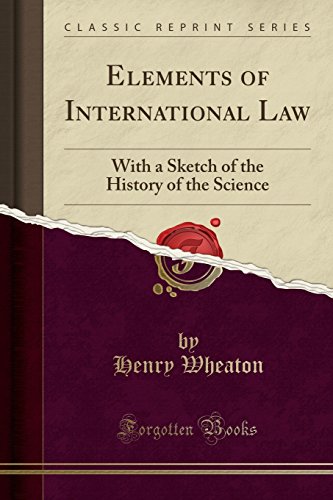 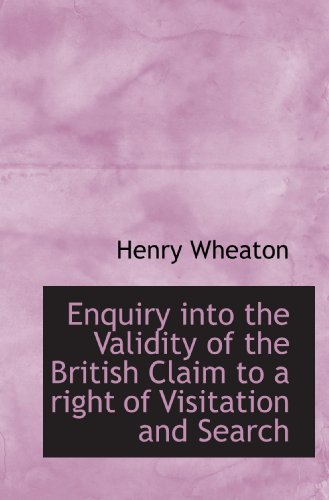 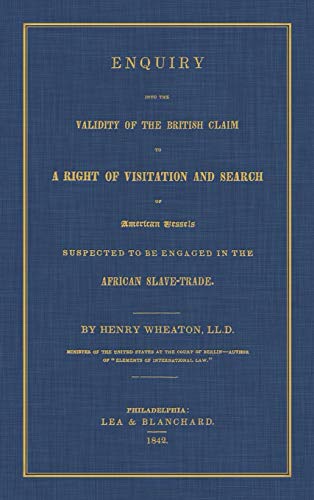 In 1811 he married his cousin, Catharine Wheaton, daughter of Dr. Levi Wheaton. They had two daughters and a son.