Other photo of Hughe Knatchbull-Hugessen

Shipped from UK, please allow 10 to 21 business days for arrival. Fair, A good, near very good, clean and sound copy in royal blue cloth boards, gold gilt decorative motif on front boards and gilt title on spine. Dust jacket is lightly foxed and has some small tears at upper spine.

Sir Hughe Montgomery Knatchbull-Hugessen Knight Commander of the Order of Street Michael and Saint George was a British diplomat, civil servant and author

Knatchbull-Hugessen was educated at Eton College and then at Balliol College, Oxford, where he befriended Anthony Eden and graduated with a Bachelor of Arts in 1907.

A year later, he joined the Foreign Office. He soon obtained the chance of the paid post of an attaché and in October 1909 he went to Constantinople. Returned to England, he served in the contraband department during the First World War and after its end in 1918, when the Foreign Service and the Diplomatic Service merged, Knatchbull-Hugessen became eligible for other postings.

After a stop in The Hague, followed by Paris, he became counsellor at the country"s embassy in Brussel in 1926, an office he held until 1930.

In 1931 Knatchbull-Hugessen was appointed Envoy Extraordinary and Minister Plenipotentiary to the Republics of Estonia, Lithuania, and Latvia until 1934. He was stationed at Riga, Latvia.

Then he transferred to Tehran as Envoy Extraordinary and Minister Plenipotentiary to Persia. The following year, his car was machine-gunned by a Japanese fighter aircraft, and he was hit.

First hospitalised in Shanghai and then invalided home to Britain, he narrowly escaped paralysis. 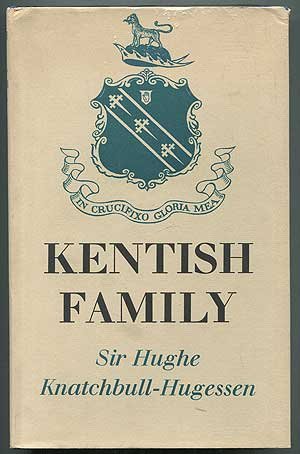