Imran Khan Pal is an American-born Bollywood film star. He is extremely talented and the most promising among the newcomers. Imran is the nephew of actor Aamir Khan and director-producer Mansoor Khan, and the grandson of director-producer Nasir Hussain. He appeared as a child actor in the films Qayamat Se Qayamat Tak and Jo Jeeta Wohi Sikander. Khan made his adult acting debut in 2008 with the romantic comedy Jaane Tu Ya Jaane Na

Imran Khan Pal was born on January 13th,1983 in Madison, Wisconsin to Nuzhat Khan and Anil Pal. His parents divorced before he was two and he lived with his mother. They moved to Bombay and he attended many different schools, starting with the Bombay Scottish School, but things did not go well there. So Nuzhat moved him to Blue Mountain School in Coonoor and when the headmaster started his own school in the jungles of Ooty, Nuzhat enrolled him there.

Khan then moved to Sunnyvale, California, where he lived with his father and attended Fremont High School.Upon graduation he aspired to become a film director, and went to Los Angeles to pursue a degree in filmmaking at the Los Angeles branch of the New York Film Academy. Studying direction, writing and cinematography, Khan was inspired by writer Roald Dahl. After receiving his degree, he ventured into market research and advertising. Khan eventually returned to Mumbai and trained to become an actor at Kishore Namit Kapoor's acting institute. He began networking and met writer-director Abbas Tyrewala, who offered him the lead role in his film.After producer Jhamu Sugandh experienced financial difficulties they offered the script to Aamir Khan, who agreed to finance the film. Khan auditioned for the role before being signed for the film.

His grandfather was director Nasir Hussain and he has some pretty impressive uncles, including the famous director Mansoor Khan, as well as the superstar Aamir Khan.

"By the time I was in Class IV, I had a stammer, all kinds of nervous tics. I was close to flunking." - he said about Bombay Scottish School.

So Nuzhat moved him to Blue Mountain School in Coonoor and when the headmaster started his own school in the jungles of Ooty, Nuzhat enrolled him there. Imran gave some details about the school saying, "From 10 to 15, I was in a school in the Nilgiris. They didn't even have a name and on an average there were about 25 students. It was in a village called Geddai, about 3 hours down the hill from Ooty. Where we were staying was outside the village, about 6 km in the jungle. There was no electricity, no water and there were wild animals. You didn't have to walk far to see wild boars. We had kerosene lamps for light, we got water from the stream, we grew our own vegetable and cooked our food and washed our clothes. We had built the dorms we stayed in; we actually built our own swimming pool. I was there for 8 months of the year. After every four months I would back to Bombay for 2 months. But when you spend so much time in nature, you get a little frazzled when you come here. The noise, pollution and the overwhelming energies of the people...Also there it was scarcely populated." 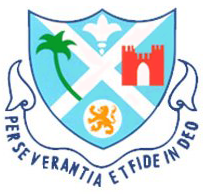 Khan made his debut in 2008, with Abbas Tyrewala’s romantic comedy Jaane Tu… Ya Jaane Na, alongside Genelia D’Souza. Produced by Aamir Khan and Mansoor Khan, the film received positive reviews and was a major commercial success, earning INR83 crore (US$15.11 million) worldwide. Khan’s portrayal of Jai Singh Rathore (Rats), a young Rajput boy who does not believe in violence, was praised by critics. Khalid Mohammed mentioned that “the enterprise belongs to debutant Imran Khan who comes up with an intelligent and restrained performance.” Rajeev Masand of CNN-IBN concluded, “Imran is the best young actor we’ve seen on screen for months. He’s unconventional and vulnerable and he knows how to use both to make a lasting impression.” Khan was furthermore nominated for Best Male Debut at the 54th Filmfare Awards and eventually won it along with Farhan Akhtar.

Later that year, Khan starred in Sanjay Gadhvi’s thriller Kidnap. Co-starring with Sanjay Dutt and Minissha Lamba, Khan played the role of Kabir Sharma, a kidnapper who is seeking revenge. While the film was a critical failure, his performance was generally well received by critics. Nikhat Kazmi of The Times of India described his performance as “smooth and convincing”. Gaurav Malani of Indiatimes mentioned, “Imran Khan is effective as the intelligent abductor who’s always two steps ahead of his opponent. However, the natural actor could go easy on his lip movements that appear synthetic at times.” Kidnap emerged as a commercial failure, despite a strong opening at the box office.

In 2009, Khan featured in Soham Shah’s action-thriller Luck, alongside Sanjay Dutt, Mithun Chakraborty and Shruti Haasan. He portrayed the role of Ram Mehra, a lower middle class man who is in dire need of money and is ready to do anything for it. The film, which was a critical and commercial failure, generated negative reviews for Khan. Raja Sen of Rediff.com wrote, “Imran Khan seems excessively out of place and clearly needs a director to push him into naturalism. Gone is the easy Jaane Tu… Ya Jaane Na charm, replaced by stock expressions and what seems like a case of the nerves, goading him to forsake all subtlety.”

Khan’s first release of 2010 was Punit Malhotra’s romantic comedy I Hate Luv Storys opposite Sonam Kapoor. Khan’s role was that of Jai Dhingra, a young casanova who does not believe in love. The film opened to mixed reviews from critics; however, Khan’s performance was generally well-received, with Taran Adarsh of Bollywood Hungama describing it as “effortless”. Sukanya Verma of Rediff.com added that “Imran Khan gives up his softie ways to portray an impudent, petulant brat with truckloads of photogenic charm and disarming nonchalance”. I Hate Luv Storys emerged as a commercial success both at the domestic and international box office, with revenues of over INR73 crore (US$13.29 million).

His next appearance was in Danish Aslam’s coming-of-age romantic comedy Break Ke Baad with Deepika Padukone. A commercial failure, the film and his performance generated mixed response; while film critic Namrata Joshi of Outlook labelled his performance as “earnest”, NDTV’s Anupama Chopra stated, “Imran is saddled with a bland, supporting role”.

In 2011, Khan starred alongside Kunaal Roy Kapur and Vir Das in Delhi Belly, a black comedy directed by Abhinay Deo. Khan was cast as Tashi, a journalist who gets caught up in a hunt for diamonds smuggled for a don in Delhi, which he and his roommates have mistakenly taken. The film opened to major critical acclaim and emerged as a commercial success with a worldwide revenue of over INR92 crore (US$16.74 million). A review carried by Mid Day described his performance in the film as “refreshingly good”. Nikhat Kazmi noted, “Imran Khan pitches in his best act till date as the journalist trapped between fleeing from death and floundering in love’s dilemma.”

His next release was Ali Abbas Zafar’s romantic comedy Mere Brother Ki Dulhan; featuring Katrina Kaif and Ali Zafar. The film opened to mixed reactions but emerged as a commercial success both at the domestic and international box office with a worldwide gross of INR94 crore (US$17.11 million). Khan played the role of Kush Agnihotri, a man who falls in love with his brother’s bride. His performance was appreciated by critics. Ronnie Scheib of Variety called him “charmingly sane and laid-back and Sify’s Sonia Chopra labelled him as “instantly likeable”.

In 2012, Khan starred as Rahul Kapoor, an uptight architect in Shakun Batra’s directorial debut Ek Main Aur Ekk Tu with Kareena Kapoor. The romantic comedy, set in Las Vegas tells the story of two strangers who get married one night after getting drunk. Khan described his character as “a guy who lives his life according to his parents’ wishes.” Upon release, the film and his performance received positive reviews from critics, with Rajeev Masand writing, “Imran Khan slips comfortably into his role”. Lisa Tsering of The Hollywood Reporter opined that, “Khan has become one of Hindi cinema’s most versatile and appealing actors, appearing in a series of roles (Jaane Tu … Ya Jaane Na, Delhi Belly, I Hate Luv Storys) that display his skill at light-hearted comedy. Ek Main Aur Ekk Tu was a moderate commercial success, earning a domestic total of over INR40 crore (US$7.28 million) at the box office.

In 2013, Khan featured alongside Anushka Sharma and Pankaj Kapur in Vishal Bhardwaj’s comedy Matru Ki Bijlee Ka Mandola. Khan described his character in the film as “rustic” and in order to prepare for the role, he set up base in Delhi and undertook training to speak in Haryanvi.

As of January 2013, Khan is due to appear in Milan Luthria’s action drama film Once Upon a Time Again (a sequel to the 2010 film Once Upon a Time in Mumbaai) alongside Akshay Kumar, Sonali Bendre and Sonakshi Sinha, Punit Malhotra’s untitled next alongside Kareena Kapoor and Tigmanshu Dhulia’s romance Milan Talkies opposite Priyanka Chopra,.

"As actors, we all want our audience to like our work; so even if you ask me this question after five years I will say yes I want to work harder and harder to be loved by my audience" - he says

In 2011, Khan and his brother-in-law, Vedant Malik, opposed the Maharashtra state government's new law raising the drinking age to 25 by filing a public-interest litigation (PIL) against it. In an interview given to The Times of India he said; "It's completely unfair to expect that one has to wait till 25 years to exercise his freedom of choice regarding one's lifestyle. Young India is not as irresponsible as the older establishment assumes it to be."

"I always tell the truth. No I don't lie, and so journos say that I am blunt, but I am truthful."