James Clark McReynolds was an American lawyer and judge. He served as United States Attorney General under President Woodrow Wilson and as an Associate Justice of the United States Supreme Court.

Mr. McReynolds was born on February 3, 1862, in Elkton, Kentucky, United States, the son of Dr. John O. McReynolds and Ellen Reeves McReynolds. Stern, hardworking, and filled with righteous certainty about fundamental moral verities, James McReynolds’s father earned the nickname of "Pope," and the son inherited the dispositions of the father.

James McReynolds received his early education on his family’s plantation, where his interests ran to botany and ornithology, until he enrolled at Vanderbilt University, in Nashville, Tennessee, at the age of 17. There he continued his focus on science and graduated first in his class in 1882 obtaining Bachelor of Science. After a brief period of postgraduate study in science, McReynolds departed for the University of Virginia and the study of law, where his coursework included study with the South’s leading legal scholar, John B. Minor. While many other law teachers of the time had fallen under the spell of the Socratic method then popular at Harvard Law School, Mr. Minor continued to teach the law by lecture, dispensing it to his students as fixed and unyielding first principles. James McReynolds graduated from the University of Virginia with Bachelor of Laws degree in 1884. 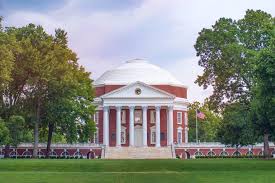 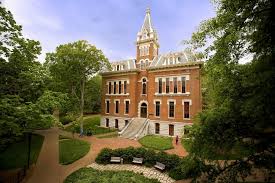 In 1884 Mr. McReynolds served for a few months as secretary to Tennessee senator, Howell E. Jackson, who was soon appointed an associate justice of the Supreme Court. McReynolds then established a legal practice in Nashville. His skills as a trial lawyer were lackluster, but he soon forged a reputation as a solid adviser for business interests such as the Illinois Central Railroad. In fact, beginning in 1900, he was appointed a professor of commercial law at Vanderbilt University Law School.

Four years earlier, in 1896, James McReynolds ran as a Democrat for Congress, but the temperament that would later earn legendary renown for its irascibility and sternness failed to appeal to voters, and he lost the election. His path into political life followed the route of appointment, however. It began by his gaining a post in 1903 as assistant attorney general under Philander C. Knox, acceptable to Republican President Theodore Roosevelt for his support of the gold monetary standard. McReynolds was given charge of prosecuting the tobacco trust, a task that he undertook with particular animation and ability as well as a diligence inspired by his conviction that monopolies were "essentially wicked," a species of moral as well as economic evil. In 1907 he resigned this office to pursue the practice of law in New York City with the Cravath firm but was soon recalled to service in the attorney general’s office to conduct the case against American Tobacco. In December 1912 he resigned again in protest of Attorney General George Wickcrsham’s approved terms of settlement for the case, and once again he departed for New York City, where he set up a law practice on his own.

Mr. McReynolds did not remain long in New York. After President Woodrow Wilson was inaugurated, he looked first to Louis Brandeis, later a Supreme Court justice, as a likely candidate to assume the position of attorney general. But Mr. Brandeis proved too controversial and Edward M. House, Wilson’s adviser, pressed for McReynolds instead. After meeting James McReynolds, the president appointed him attorney general in February 1913. The Tennessean served nearly a year and a half in this position, but his belligerent and unbendable temperament soon mired his office in controversy, not least over his decision to delay prosecution of the son-in-law of an administration official accused of violating the Mann Act, which prohibited transportation of women across state lines "for immoral purposes." In this and other controversies, history has generally acquitted Mr. McReynolds of any actual wrong doing except that of an intemperate response to his accusers. In any event, President Wilson soon cast about for a way to remove McReynolds from his position and seized on the presence of a vacancy on the Supreme Court owing to the death of Associate Justice Horace Lurton in 1912. Like Lurton, McReynolds was a Tennessean, and this geographic congruity prompted the president to nominate him to a seat on the Court on August 19, 1914. Ten days later the Senate confirmed the appointment by a vote of 44-6, and Mr. McReynolds took his seat on the Court at the beginning of the next term, on October 12, 1914.

McReynolds served on the Court for the next 27 years, compiling a record of staunch conservativism. Occasionally he bore the Court's standard for libertarian results, as in his opinions relating to the rights of parents in connection with education. In Meyer v. Nebraska (1923), for example, his opinion for the Court declared unconstitutional a state law that had prohibited foreign language instruction until after the eighth grade. Similarly, in Pierce v. Society of Sisters (1925), he delivered the Court’s opinion declaring unconstitutional an Oregon law that attempted to force all children between the ages of eight and sixteen to attend public school. Generally, though, James McReynolds could be counted on to reach conclusions less respectful of civil rights and liberties.

Especially in the area of racial discrimination, James McReynolds dissented from even the modest efforts of the Court’s majorities to give effect to the Constitution’s requirements of equal protection and due process of law. Thus, for example, when the notorious Scottsboro cases arrived before the Court in Powell v. Alabama (1932), a majority of the Court found that the summary conviction of eight black defendants for the alleged rape of two white women violated the Fourteenth Amendment’s guarantee of due process of law. After being summarily indicted, the defendants were immediately tried. The two counsel appointed to represent them were given no time to investigate the case and a mere 30 minutes to consult with their clients before defending them in a sensational trial in which the jury eventually found them guilty and sentenced them to death. McReynolds, along with Justice Pierce Butler, dissented from the majority’s decision. In a similar case, Aldridge v. United States (1932), the allegation of possible racial prejudice on the part of a juror in a murder case raised no constitutional issue in his mind. The need to maintain law and order could not be undermined by attention to such matters: "Unhappily, the enforcement of our criminal laws is dangerously ineffective; crimes of violence multiply; punishment walks lamely. Courts ought not to increase the difficulties by magnifying theoretical possibilities."

For most of his career on the Court, James McReynolds played a rather minor role in the Court’s affairs, writing relatively few opinions compared to other members of the Court, and these mostly in cases involving rather technical and obscure legal issues. In the 1930s, though, he earned fame as one of the "Four Horsemen," the four justices who consistently voted against New Deal legislation. Together with the other members of this quartet - Willis Van Devanter, Pierce Butler, and George Sutherland - and joined for a time by Justice Owen Roberts, Mr. McReynolds helped engineer a "constitutional crisis." Their steadfast opposition to President Franklin Delano Roosevelt’s New Deal programs ultimately prompted the president to propose packing the Court with additional justices, intended to produce results more pleasing to the president’s agenda.

Beginning shortly after the announcement of this proposal, Chief Justice Charles Evans Hughes and Associate Justice Owen Roberts, sometime legal allies of the Four Horsemen, voted consistently to uphold the economic and social programs of the New Deal from constitutional challenge. The Four Horsemen suddenly found themselves consistently in dissent to a new majority. Justice Van Devanter retired soon afterward, followed by Justice Sutherland, who retired in 1938. Justice Butler died in 1939, leaving McReynolds the last of the Four Horsemen. When his great nemesis, President Roosevelt, won a third term of office in 1940, he finally conceded defeat and resigned on January 31, 1941. 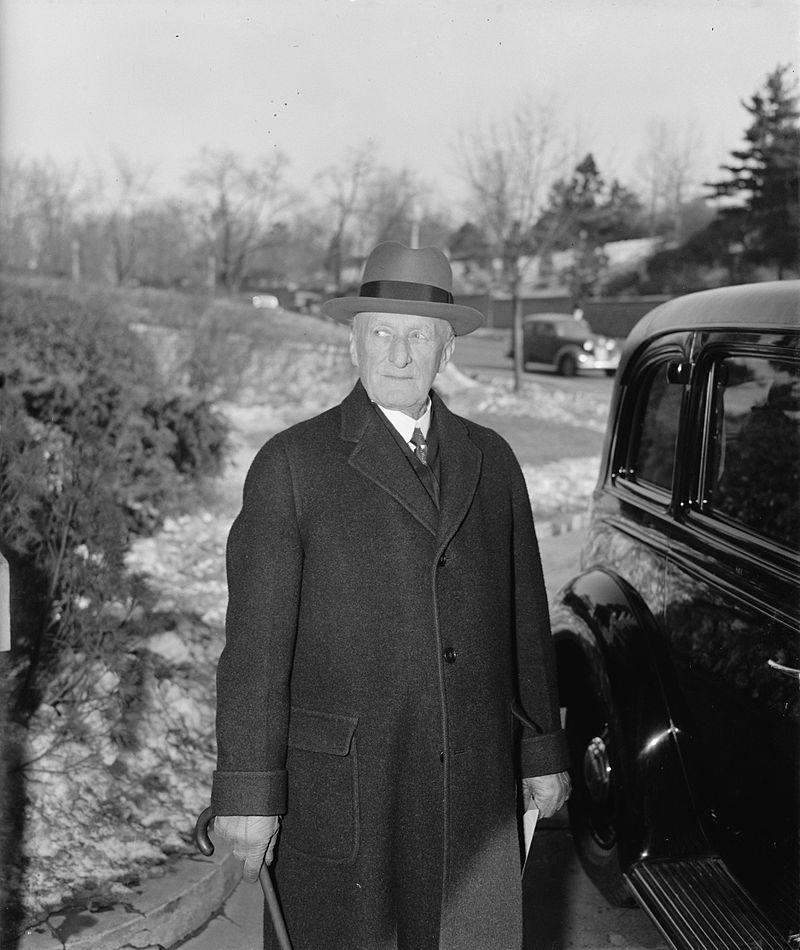 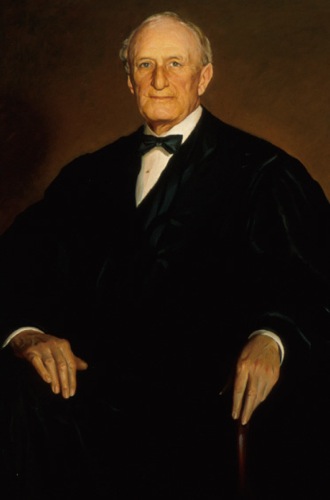 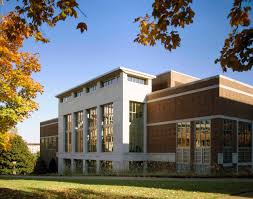 Mr. McReynolds' parents were members of the Christian Church (Disciples of Christ), a Christian denomination founded by Alexander Campbell.

Justice McReynolds was a member of the Democratic Party of the United States. He was unfeeling toward the racism that often infected criminal proceedings at the time. He was also known for his sustained opposition to the domestic programs of President Franklin D. Roosevelt. Moreover, James McReynolds had the single-minded passion of a zealot in opposing federal legislation aimed at regulating the economy or achieving social ends. These views aligned him with the majority of the Court in the 1920s and 1930s but triggered controversy when, after the Great Depression, Congress attempted to address the crisis with New Deal legislation aimed at stimulating the economy and protecting American workers. McReynolds, together with Justices George Sutherland, Pierce Butler, and Willis Van Devanter, formed a conservative bloc and struck down every major legislative initiative. A strong backer of Woodrow Wilson in the election of 1912.

McReynolds was a confirmed misogynist and had a long list of petty dislikes that included red nail polish on women, wristwatches, and tobacco. Moreover, he was infected with racist views, in the form of a virulent anti-Semitism. Mr. McReynolds’s behavior toward Justices Louis Brandeis and Benjamin Nathan Cardozo, both Jewish, was shocking. The justices met regularly during each term of the Court to discuss their respective views on the appropriate disposition of each case. For a time, at least, James McReynolds refused to stay in the conference room when Brandeis spoke. He would leave the room, stand just outside the door, which he held slightly ajar in order to hear, and return only when Brandeis had finished speaking. When Justice Cardozo was sworn in, McReynolds made a point of reading a newspaper.

Irascible and discourteous, Mr. McReynolds was a difficult colleague.