Other photo of Janet Alm

A Taste of Kentucky

( " A Taste of Kentucky wends its way through courses of ...)

" A Taste of Kentucky wends its way through courses of Kentucky's dishes from country ham to buttermilk pie. All the favorites are here -- burgoo, corn whiskey, jam cake, and pork sausage -- as well as some surprises -- rattlesnake, corncob wine, and a wedding cake that requires 200 eggs! A delectable gathering of recipes, anecdotes, sayings, and beliefs from across the bluegrass state, this is more than a regional cookbook. It is a fascinating look at how Kentuckians have regarded food and its place in their lives. The reader learns "never eat the point of a piece of pie first" and hears Hettie Groce declare: "But ever since we been married I've kept milk and butter, and I never did buy bought milk from these here milk companies, nothing like that. I'd buy milk when our cows went dry off a neighbor that lived down on the Watson Place, Aunt Thursday Watts. But I never drunk a bit of store bought milk in my life, it or no butter neither." Jan Anderson searched the records of more than thirty years of fieldwork in the Western Kentucky University Folklore Archives. To complement the text she includes over forty historical photographs relating to Kentucky food, including an underground picnic in Mammoth Cave and a turkey drive in Bradfordsville. 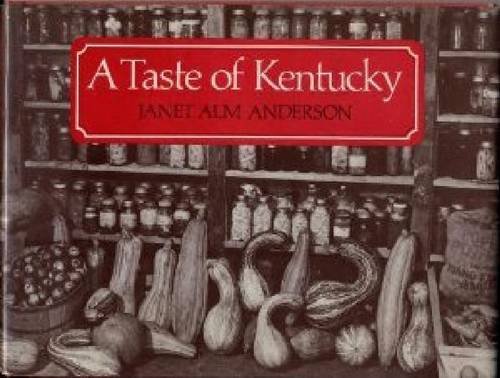