Joan Creighton taught writing and literature into her eighties: first in Buffalo, then at Indiana University in Gary, then in Bath, Maine and finally at the University of Maine, Senior College. She taught at Maine middle and high schools. J.S. Borthwick, as the creator of 'Sarah Deane', wrote numerous novels such as “The Case of the Hook-billed Kites” that was written in 1982, where the central character, Sara Deans, who reappears in successive novels, is a Boston graduate student and a teaching fellow who comes to study birds - the "kites" of the title and meets Philip Lentz, a potential love interest who is subsequently strangled by someone using the strap on a pair of binoculars. She wrote “The Down East Murders” in 1985, “The Student Body, St. Martin's Press” in 1986, “Bodies of Water” in 1990, “Dude on Arrival” in 1992, “The Bridled Groom” in 1994, “Dolly Is Dead” in 1995, “The Garden Plot” in 1997, “My Body Lies over the Ocean” in 1999, “Coup de Grace” in 2000, “Murder in the Rough” in 2002, “Intensive Scare Unit” in 2004, and “Foiled Again” in 2007. Joan was published in periodicals such as Armchair Detective, Booklist, Kirkus Reviews, Kliatt, Library Journal, New York Times Book Review, Observer, Publishers Weekly, Hook-Billed Kites, The Student Body, School Library Journal, Seventeen, Texas Monthly, Washington Post Book World, Wilson Library Bulletin.

Creighton completed her a Bachelor’s degree in English from the University of Buffalo.

Creighton completed her a Bachelor’s degree in English from the University of Buffalo.

The Case of the Hook-Billed Kites

The Down East Murders

(he campus of Maine's Bowmouth College looks like a pictur...)

he campus of Maine's Bowmouth College looks like a picture postcard of New England-snow-covered lawns, students in colorful ski parkas, icicles dangling on the ivied halls. Sarah Deane-English Fellow with an honorary degree in sleuthing-expects to spend a quiet term here taking some graduate courses and doing a little teaching.

(Could the killer be the eccentric Mallory? His stern secr...)

Could the killer be the eccentric Mallory? His stern secretary Gracie (also sister of the victim)? The voluptuous chef, Andrea Elder? Ezra, the deckhand? Or even Sarah's younger brother Tony, the other member of the crew? Sarah and Alex must find out quickly, or they could become the next victims.

(Professor Sarah Deane and her boyfriend Alex try to enter...)

Professor Sarah Deane and her boyfriend Alex try to entertain Sarah's aunt at a posh Arizona dude resort, but things go haywire when suspicious acts of vandalism occur and the trio finds a mysterious oasis in the middle of the desert.

(After courting each other through J. S. Borthwick's five ...)

After courting each other through J. S. Borthwick's five previous mysteries, English teacher Sarah Deane and internist Alex McKenzie are finally planning a wedding: their own. It should be idyllic, culminating in a reception at the beautiful Maine farm owned by Sarah's aunt Julia Clancy. But not even her own impending nuptials can keep Sarah from probing a local mystery.

(At least that's what Maine college professor and amateur ...)

At least that's what Maine college professor and amateur sleuth Sarah Deane always though. But when Dolly's bloated body washes ashore on the same spot as the drunken Gattling brothers the day before, the police rule homicide. Unfortunately for Sarah, she and her doctor-husband Alex have a local reputation for sharp-eyed detection, so Dolly's sister Alice, who doesn't trust the police, insists they get involved.

(On a free trip to Europe courtesy of her garden club, Sar...)

On a free trip to Europe courtesy of her garden club, Sarah begins investigating why people on the tour seem interested in anything but gardens while her husband Alex attempts to find out what happened to missing garden expert Ellen Trevino.

My Body Lies over the Ocean

Amateur detective Sarah Deane and her husband, Dr. Alex McKenzie, investigate a series of apparent murders that occurs while they accompany Sarah's aunt on a luxurious transatlantic ocean voyage.

Murder in the Rough

(After weeks of relentless rain and fog, summer graces the...)

After weeks of relentless rain and fog, summer graces the Maine coast. Sarah Deane wants only to help her in-laws adjust to living in Ocean Tide, an "architect-designed home-town community," and enjoy the warm weather before she returns to teaching in the fall. She absolutely does not want to become embroiled in another murder investigation.

Crotchety, seventy-something Julia Clancy of High Hope Farm feels a little wobbly one August morning. With stables to clean and riding lessons to give, the stoic New Englander ignores her symptoms-and ends up in the ER with a heart attack. Even then, she's insisting it's indigestion; even then, her sharp eyes don't miss a thing.

(Drama students are known for being mischievous and high-s...)

Drama students are known for being mischievous and high-strung, but this year things are a little more serious: During rehearsals a couple of the student actors pass the time by taking whacks at each other with the stage props, and their horseplay leaves Todd Mancuso, the brilliant actor playing Mercutio, wounded. And when Sarah stumbles upon a badly injured student hidden away in a stockroom on Halloween night, events take a turn for the worse.

Joan Scott W. Creighton-Borthwick was aт American mystery writer who published her novels under the name J. S. Borthwick. She was the creator of 'Sarah Deane'. Her most famous books are "The Case of the Hook-Billed Kites", "The Down East Murders" and "My Body Lies Over the Ocean".

Joan Creighton-Borthwick was born on the 26th of September, 1923 in Buffalo, New York, United States. 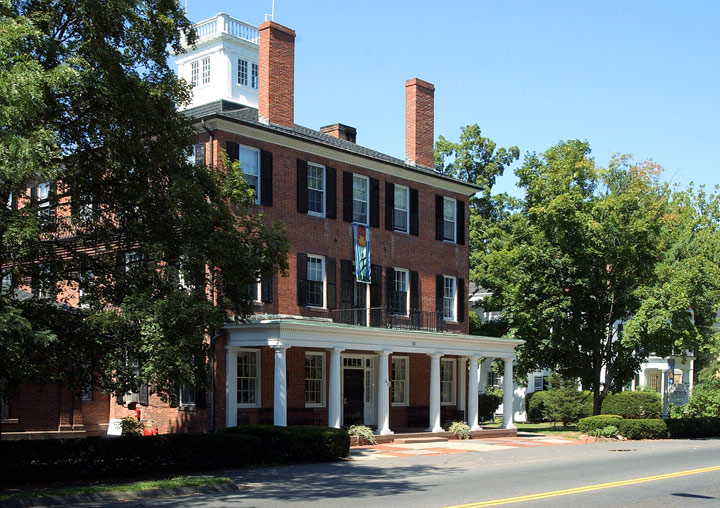 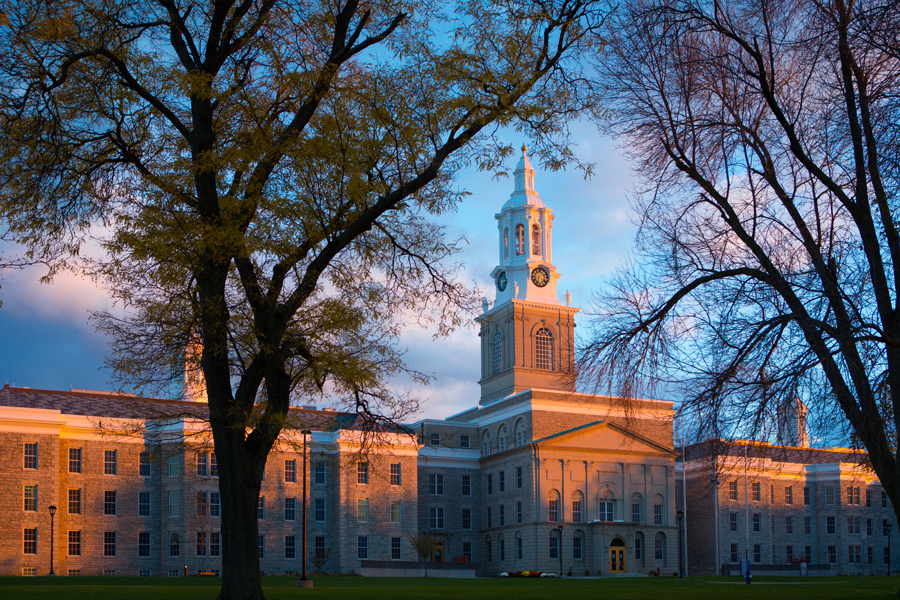 Joan Creighton taught writing and literature into her eighties: first in Buffalo, then at Indiana University in Gary, then in Bath, Maine and finally at the University of Maine, Senior College. She taught at Maine middle and high schools. 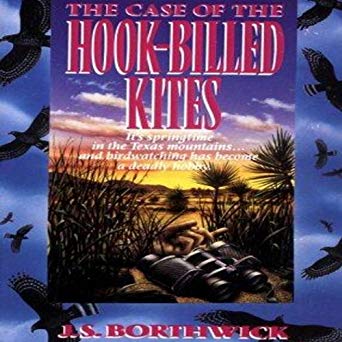 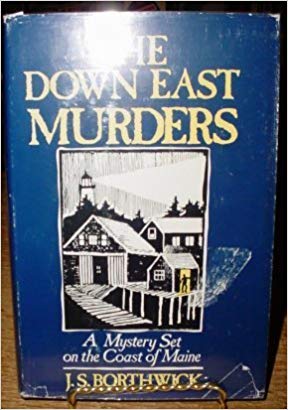 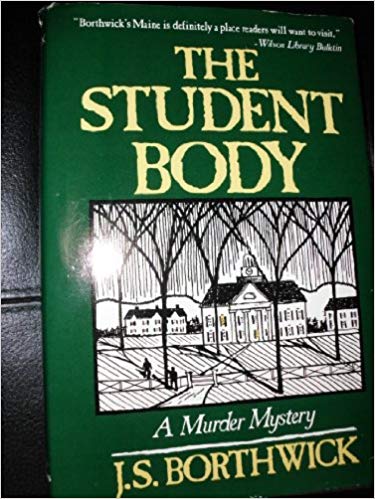 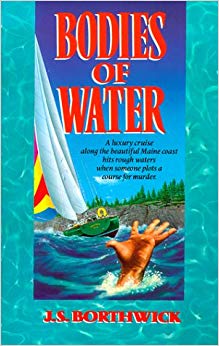 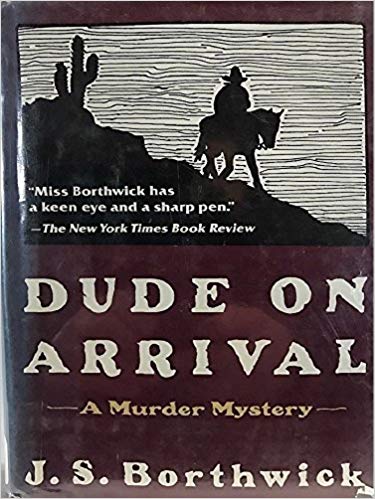 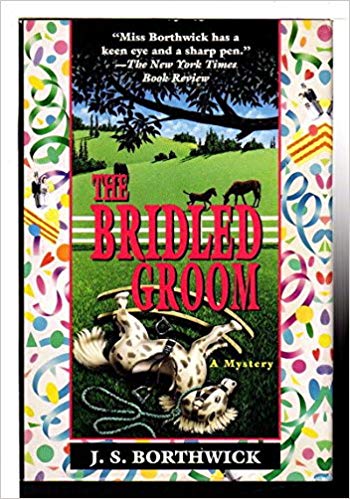 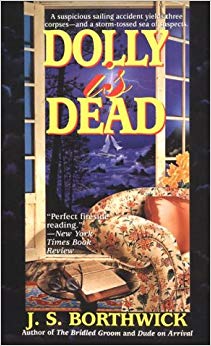 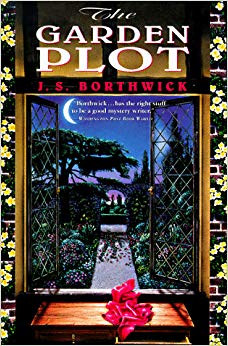 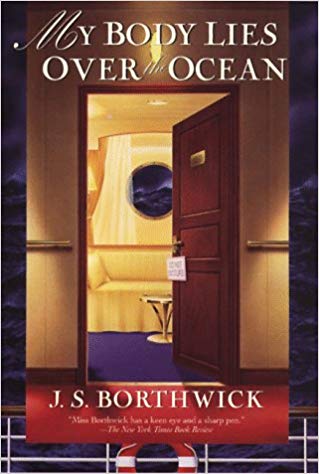 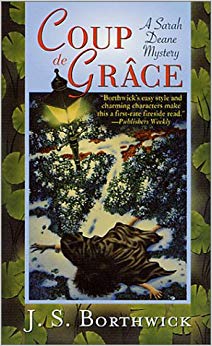 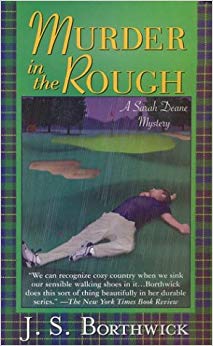 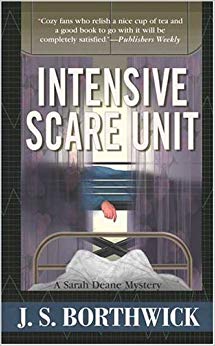 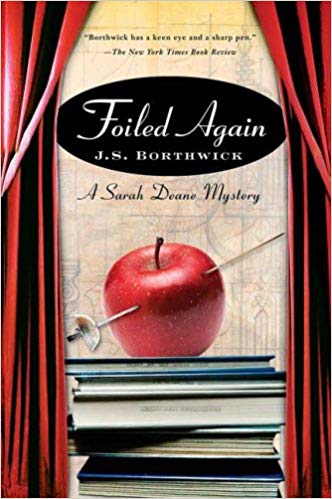 Joan Creighton-Borthwick was a friend to animals, and she was beloved by humans. She said that she wanted to be remembered as a friend to animals. Dozens of cats, dogs, pigeons, pet crows, and birds could attest to her kindness. Late in life, she rode dressage on a patient and an ancient horse named Conkey Noodle.