The Power of a Lie

The Last of the Vikings

Bojer's novel of Norwegian emigration in the 1880s tells of young villagers who leave the Old World to seek a better life. Their trek takes them to homesteads in North Dakota, where they find that breaking the sod and surviving blizzards are easier than feeling at home in this new land.

Johan Bojer was a Norwegian novelist, internationally popular in the 1920s because his works dramatized topical problems of the day. He is best remembered in his own country for novels depicting folklife in the fishing-farming communities of the Lofoten Islands: Den siste viking (1921; Last of the Vikings) and Folk ved sjøen (1929; Folk by the Sea).

Johan Bojer was born Johan Kristoffer Hansen on March 6, 1872, in the village of Orkdalspya near Trondheim, Norway. The son of unmarried parents, he grew up with foster parents in the Norwegian fishing village of Risen, across the fjord from Orkdalspya. Bojer learned early the realities of poverty. As a boy, Bojer fished, tended cattle, attended school two days a week, and went to church on Sundays. In the evenings, he absorbed the tales his foster mother told. Later these tales and experiences of rural life figured prominently in Bojer’s writing. After his biological father died, leaving him an inheritance, he took the name Bojer.

Bojer's biological father, who provided financial support for his upbringing, also arranged for Johan to attend Dybdahl’s county school in Selbu (1887). Three years later, when the school period was over, he entered the non-commissioned school in Trondheim. He advanced to sergeant. In 1892 he took a business school course. After his biological father died, Bojer finished his education. With a degree in business, he found work with an export company. 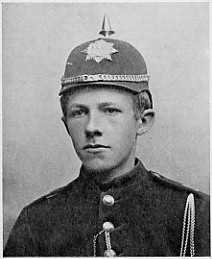 Bojer worked with an export company. Yet his dreams were elsewhere. After he wrote several successful plays, he was able to support himself entirely through his literary endeavors.

Bojer’s first books were novels of social criticism in which the author personified a moral or psychological idea in his characters. Et folketog recounts one man’s quest for fame through politics and the negative effects this craving for publicity has upon him. Although Carl Gad, writing in Johan Bojer, declared the novel “an amazingly mature and assured piece of work for a writer of but twenty-four years of age,” he found the symbolism “strained and very unsuccessful.” Den evige krig deals with party fanaticism and the way it compromises the individual, and Moder Lea also shows how two men are harmed by their political affiliations. According to Gad, “It is true of both Et folketog and Den evige krig that, viewed as problem novels, they are works of censure and their force is destructive. The positive ideal appears only in glimpses.” On the other hand, in Moder Lea, Bojer presented a positive role model to counter the destructive example of politicians.

Among Bojer’s better-known novels are the psychological morality studies Troens magt (Power of a Lie), Vort rige (Treacherous Ground), and Fangen som sang (The Prisoner Who Sang). Power of a Lie demonstrates how falsehood can take over a person’s life, while Treacherous Ground shows how a particular kind of idealism is really based on selfishness. The Prisoner Who Sang portrays a man who is so lacking in identity that he takes on several and accuses himself of murdering his other persona. In the view of Brian W. Downs, writing in Modern Norwegian Literature, although Bojer based his works on moral precepts, he did not become overly didactic in his presentation. Writing in The American-Scandinavian Review, Hans P. Lodrup considered Bojer’s ability to make general psychological observations memorable through his fiction, to be his “greatest achievement.” Furthermore, Lodrup noted that “this form of writing is far more difficult than the ordinary psychological novel.” “It demands brilliant presentation, great power of concentration, and tremendous energy of imagination,” Lodrup continued. “The idea must be traced in all its meanderings through human consciousness and must at the same time be made so vital that it grips the imagination. The author must not only have this driving force in the pursuit of his subject but must have mastered the technique of composition and the art of telling a story entertainingly. All this is eminently true of Bojer.”

In his most acclaimed novels, Bojer portrayed the vanishing ways of life of rural Norwegians. In Den siste Viking (The Last Viking; also referred to as The Last of the Vikings), he showed readers the life of Norwegian fishermen before the advent of steam-powered vessels changed the nature of fishing. In Vor egen stamme (The Emigrants), Norwegian farmers, in Norway and North America, are the subjects of Bojer’s interest. Commen-tators found much to praise about both novels. According to Lodrup, “The Last of the Vikings is a broadly composed and brilliantly painted picture of folklife... Bojer’s faculty for telling a story so that it grips the attention has never been more apparent.” “It is a simple story that Bojer has to tell and yet how effective. Criticism may well think twice before declaring that it has found any vulnerable spots in the plot itself or in the manner of its telling,” enthused Julius Moritzen in the New York Times Book Review. “It is one of these books that unrolls a canvas on which the artist has employed no high colors to fascinate the eye. It is all so subdued in tone, and yet what action there is as the characters become living personalities and grip the onlooker!” “The romantic and sentimental element in The Last of the Vikings is not over great,” Moritzen added. “It is fighting the battle against the angry North Sea waves that spells the great fascination of this story.” Downs concluded, “The Last Viking is a series of episodes - own way is projected with a power that makes much of Kipling’s Captains Courageous look cheap.”

The Emigrants depicts how the Norwegian community developed on the American prairie at the turn of the twentieth century. Bojer showed how the first generation of emigrants felt ambivalent about leaving their homeland yet proud of their accomplishments in the new world. It is a cycle of longing for the country felt by many who leave one country to live in another. “This book, too, is planned on a large scale and executed with Bojer’s master of technique,” maintained Lodrup. “Nevertheless it has not quite the sense of actuality that we feel in The Last of the Vikings; it lacks the thousand and one tiny realistic touches that give such life to the Nordland book.” “In its central elements the book is true and genuine,” praised Theodore Jorgenson in his History of Norwegian Literature. “The book is a piece of descriptive narration and as such is magnificent.” Writing in the Journal of American Ethnic History, Solveig Zempel noted some problems with the English translation, yet commented, “This novel of Norwegian migration provides great reading and a valuable means of understanding the motivations and experiences of a group of emigrants.” So too, Clarence Mondale in his American Studies International review, asserted, “Bojer’s fictional account of life among Norwegian emigrants in Norway and in North Dakota is close enough to the actual experiences of its subjects to lend a dramatic immediacy to generalizations made in the excellent recent studies of Scandinavian small-group emigration.”

Throughout a career that spanned six decades, Bojer remained a moralist, creating realistic novels that were popular in his native land and, for a time, in America. “In most of his books, he has broken new paths and created his own form with masterly skill. In others, he has followed the broad highway of the ordinary novel and handled his subject with equal mastery. Occasionally, however, he falls into mediocrity, as in some of his less successful novels and in his dramas,” Lodrup asserted. “But all of his works have in common a bright and positive element, a belief in the powers of goodness, and a faith in the old homespun virtues, which is not usually found in his generation, but is in league with his bright, energetic, positive nature.” 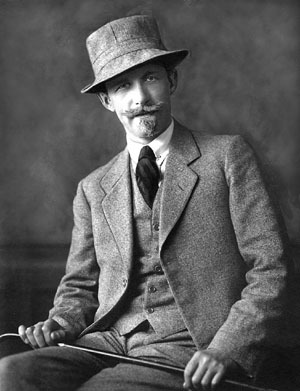 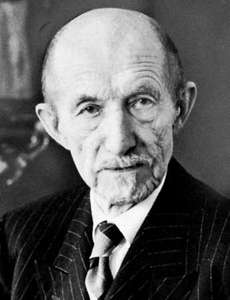 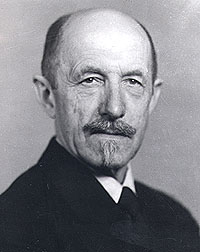 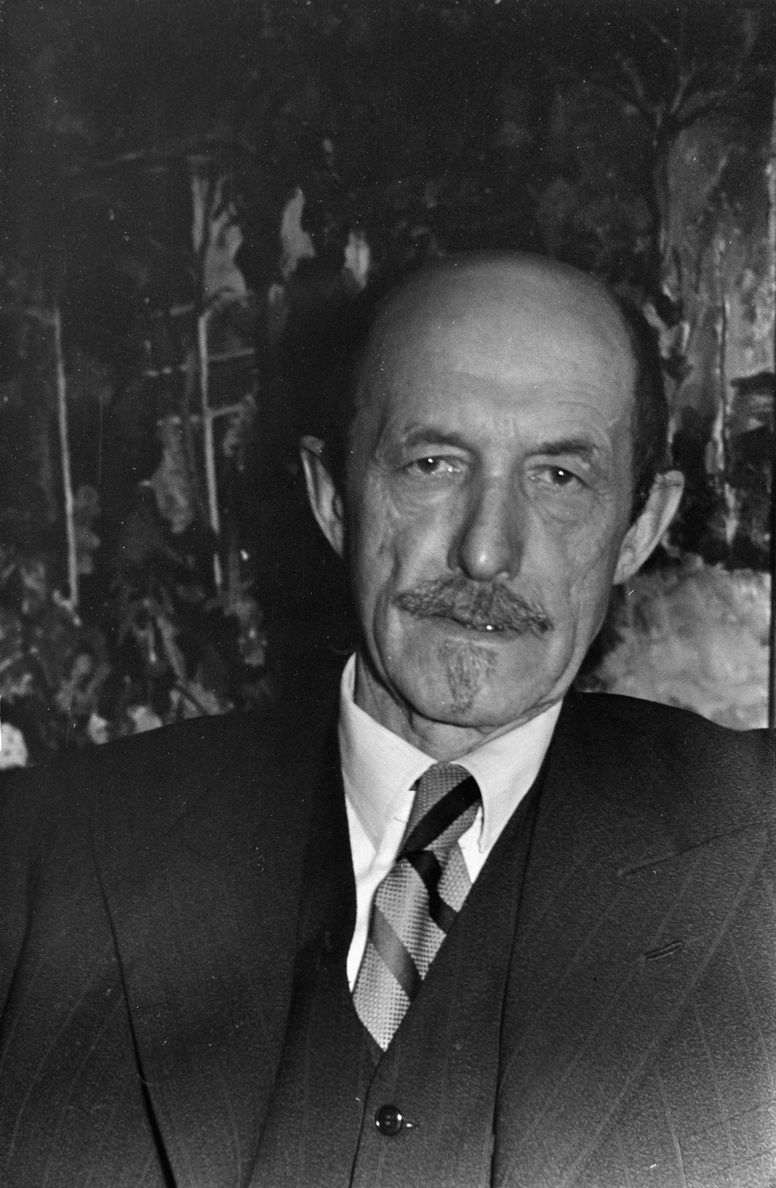 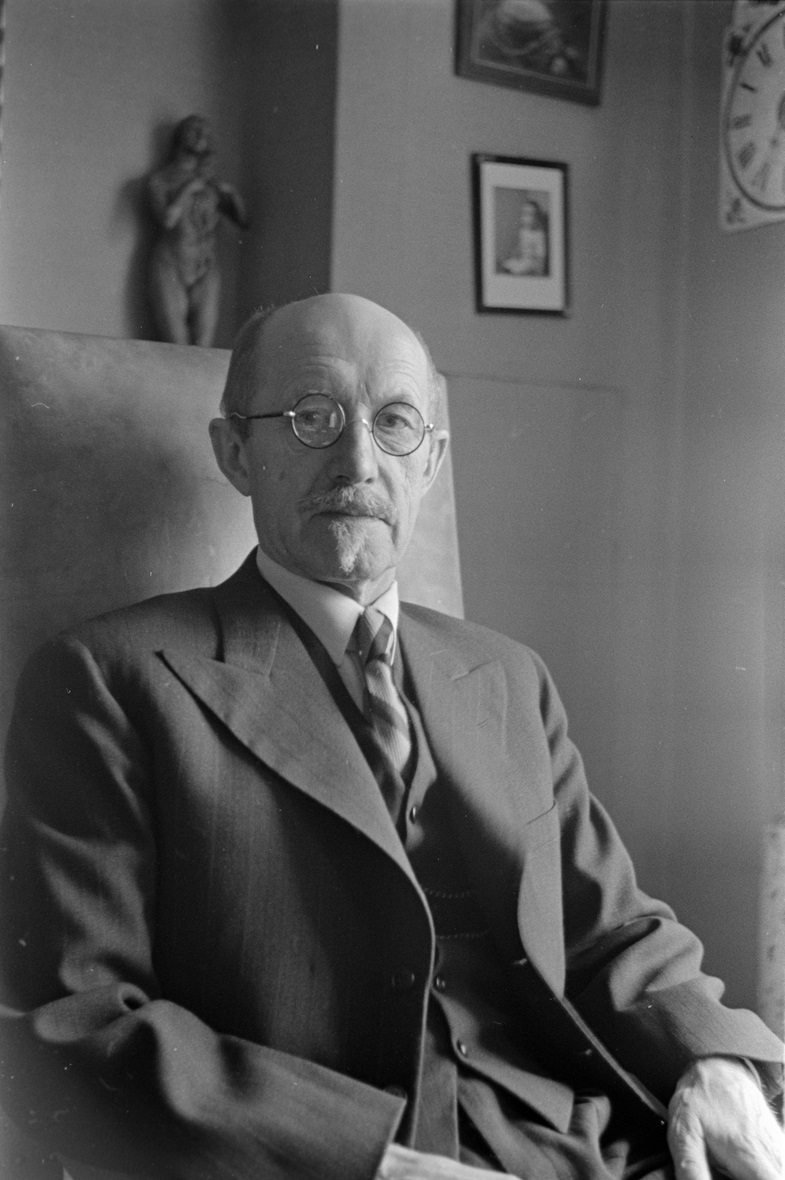 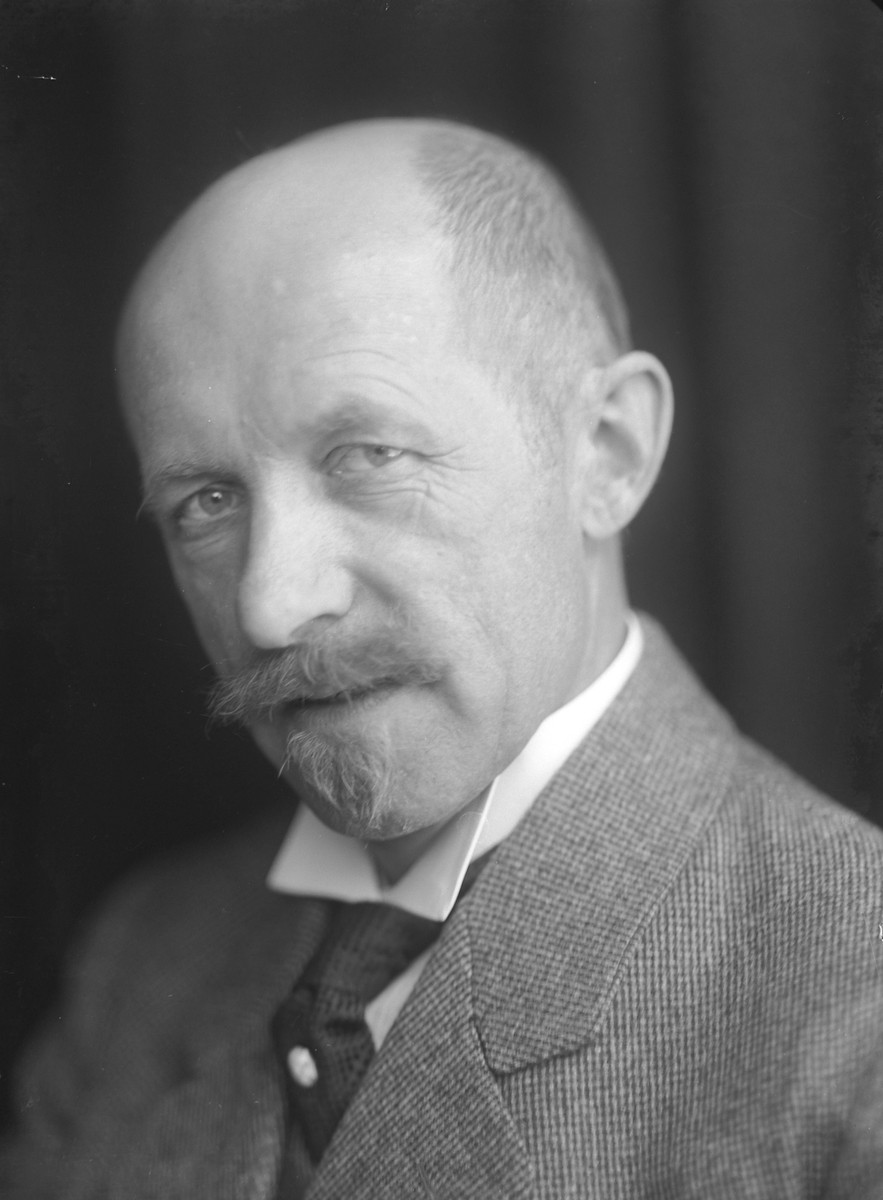 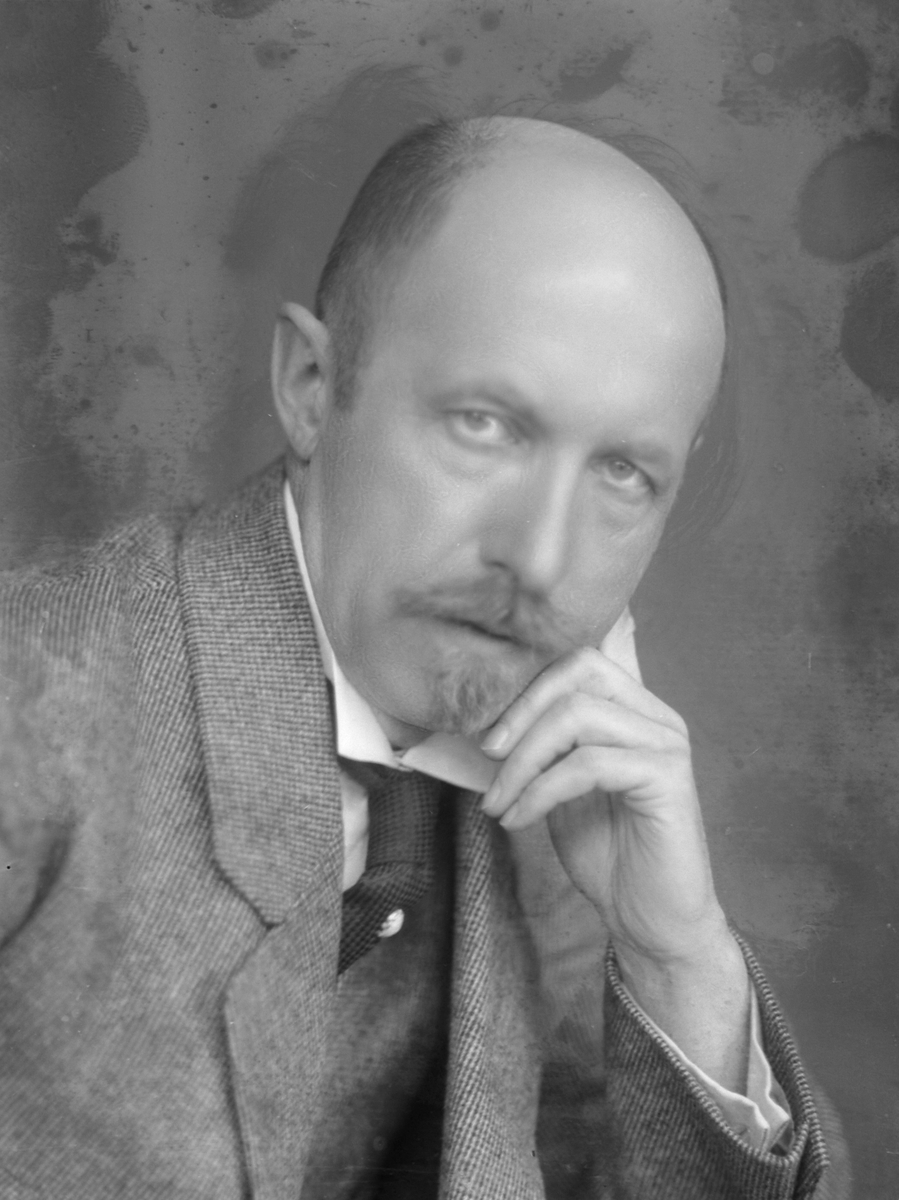 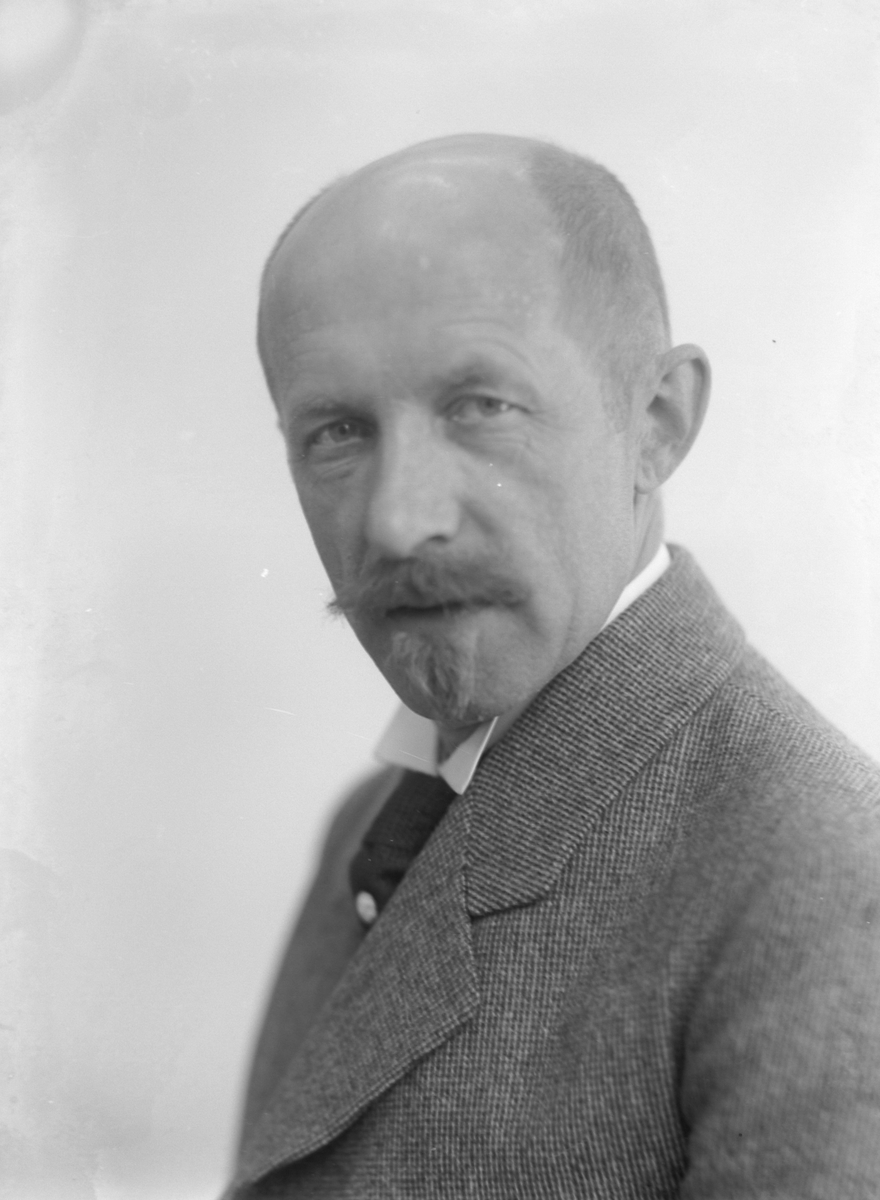 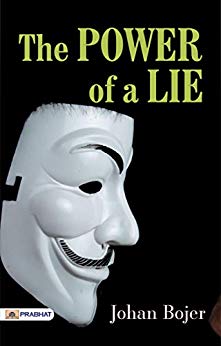 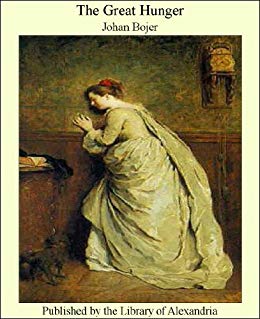 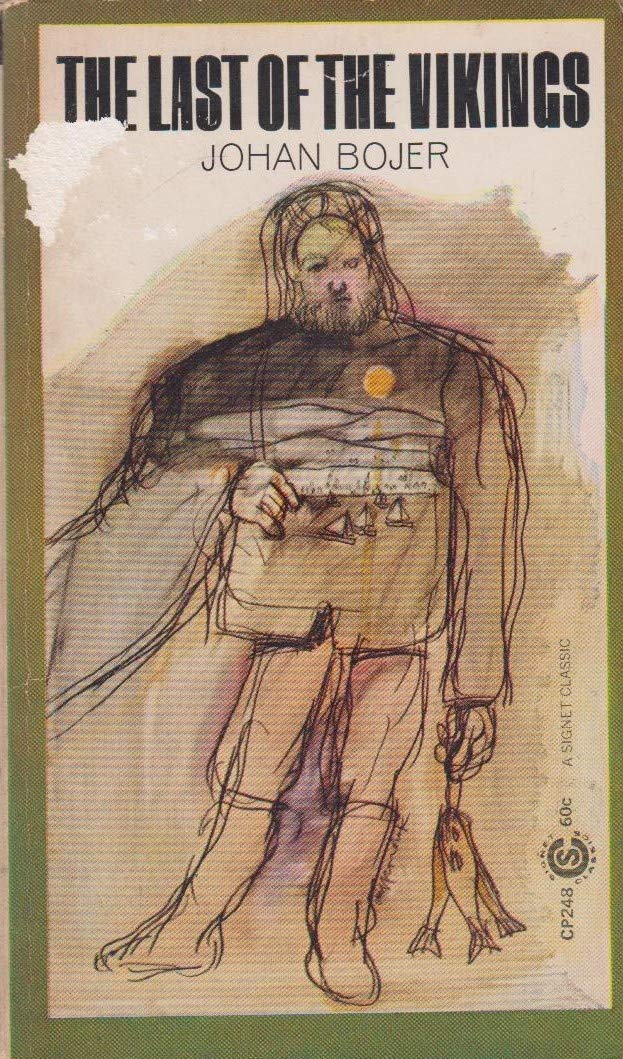 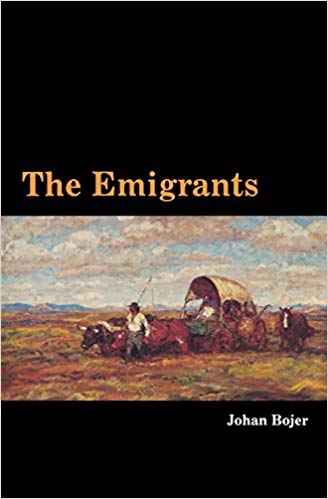 Bojer went to the local church on Sundays.