John Archibald Campbell was an American jurist. He served only briefly on the U.S. Supreme Court before civil war fractured the nation and forced him to choose between the Union or the Confederacy. Unlike Justice James M. Wayne of Georgia, who remained in his seat on the Court when war broke out, Mr. Campbell resigned to cast his lot with the Confederacy.

Mr. Campbell was born on June 24, 1811 in Washington, Georgia, United States, to Duncan G. Campbell and Mary Williamson Campbell. Law and politics surrounded his childhood and youth, for his father was a successful lawyer and politician.

John Campbell himself proved to be quite precocious; he graduated at the age of 14 from Franklin College (which was to become the University of Georgia) and enrolled shortly thereafter at West Point Military Academy. His performance at West Point, though, was lackluster; before his father’s sudden death in 1828 forced him to resign to find employment, he had ranked in the bottom third of his class at West Point. 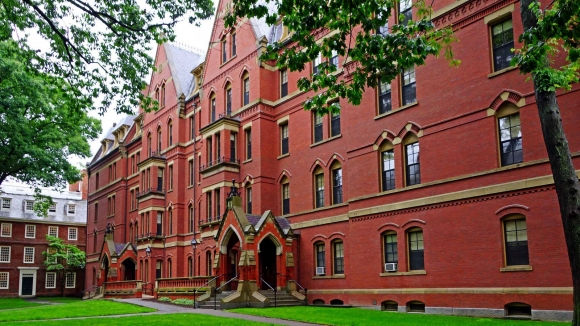 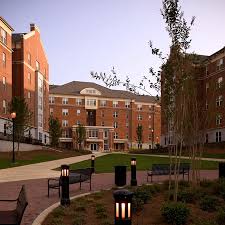 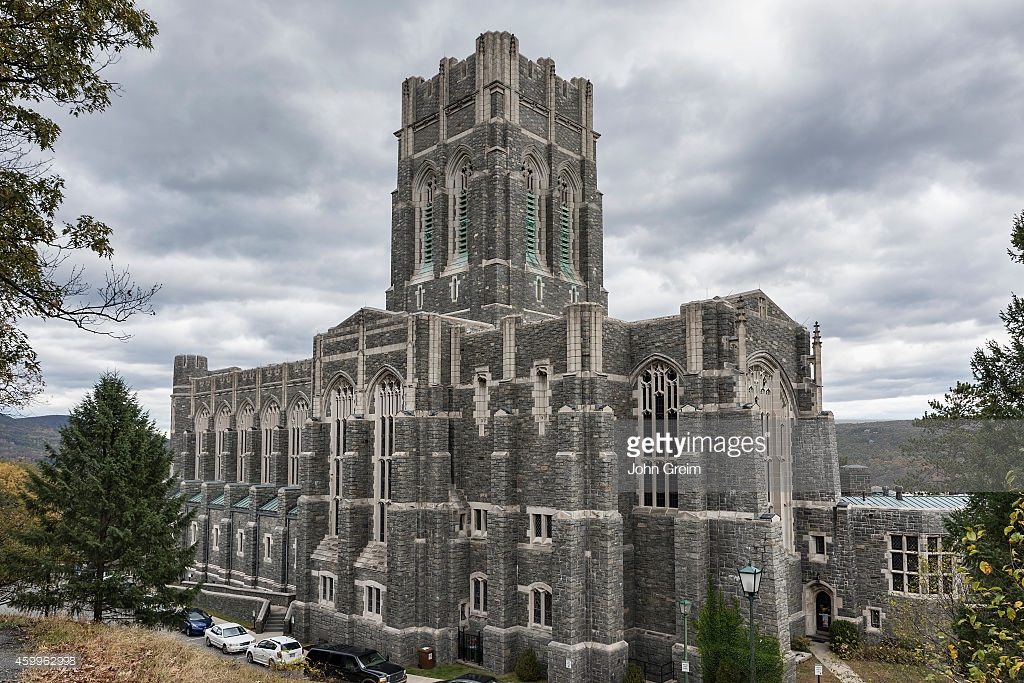 To pay debts left by his father, Mr. Campbell found work as a teacher in Florida for a year. Eventually, though, he returned to Georgia and studied law with two of his uncles. In 1829, when John Campbell was only 18 years old, his precociousness surfaced again when the Georgia legislature admitted him to the practice of law.

In 1837 he moved his family to Mobile and soon became a prominent attorney there - so accomplished, in fact, that he was twice offered a seat on the Alabama Supreme Court, the first time when he was a mere 24 years old. Instead of a judicial career, however, Mr. Campbell elected initially to follow his father’s footsteps into politics. He served twice in the Alabama legislature, winning a seat first in 1837 and then in 1843. In 1850 he ventured onto the national state when he was elected to serve as a delegate to the Southern convention that met in Nashville, Tennessee to discuss growing sectional differences. John Campbell was a moderating force at this convention, proposing relatively conciliatory resolutions whose substance tire convention ultimately adopted. Around the same time, his reputation as a skilled legal advocate grew rapidly. In 1851 he argued six cases before the U.S. Supreme Court, so impressing the justices that they would shortly move behind the scenes to acquire him as a colleague. The death of Justice John McKinley of Alabama in July 1852 soon created a vacancy on the Court. President Millard Fillmore proposed three different candidates to the Senate, but each was rejected. After the inauguration of President Franklin Pierce, the justices of the Supreme Court dispatched two of their members - John Catron and Benjamin R. Curtis - to urge the new president to appoint Mr. Campbell to fill the vacancy on the Court. President Pierce promptly complied with this extraordinary request, and the Senate readily confirmed his appointment on March 24, 1853.

As the nation tilted toward civil war, John Campbell steadfastly exhorted his fellow Southerners to reject the counsel of secessionists. Southern rights had ample security within the Union, he urged: the Fugitive Slave Act of 1850 protected their slaveholding interests and the Supreme Court had shown itself a strong tower for the defense of slaveholding rights in the Dred Scott case. When President Lincoln’s election in 1860 threatened this security, John Campbell continued to advocate calm and restraint. In spring 1861 commissioners from the newly created Confederacy arrived in Washington to negotiate with the new presidential administration. President Lincoln’s secretary of state, William Seward, declined to meet personally with the delegation. Instead, Justice Campbell and Justice Samuel Nelson served as intermediaries between the Southern commissioners and Seward. For a time, it appeared that a crisis might be averted.

In the middle of March 1861, Seward relayed through the justices that federal forces would not reinforce Fort Sumter but would, rather, surrender it immediately. But surrender did not occur and Justice Nelson soon abandoned his mediating role, leaving Mr. Campbell alone to attempt some resolution between the Southern commissioners and Seward. By early April, federal reinforcements were en route to Sumter, Mr. Campbell’s efforts at mediation collapsed, and the Confederacy fired on Sumter.

Justice Campbell resigned from the Court on April 26, 1861. But when he arrived in Mobile, Alabama, the following month, he found a threatened lynching rather than a hero’s welcome awaiting him. His previous counsels of restraint, his opposition to unilateral secession, and a resignation from the Court that seemed rather tardy to some Southerners made him persona non grata in his home state. He settled instead in New Orleans, where he practiced law for a year and a half. By the fall of 1862, though, he had cast his lot more deliberately with the Southern war effort, agreeing to serve as Confederate Assistant Secretary of War and, in this role, to supervise the draft. As the war dragged on, Mr. Campbell began to pursue prospects for some peaceful resolution to the conflict.

As early as 1864, he communicated with Justice Samuel Nelson, his original partner in the failed negotiations of 1861 between Seward and the Southern commissioners, about possible terms for ending the war. In January 1865 Mr. Campbell served as one of three Confederate commissioners who met with President Lincoln in Hampton Roads, Virginia, to discuss options for peace. Nothing came of this discussion, however. Richmond fell to Union forces in the spring.

When President Lincoln came to visit the city at the beginning of April, John Campbell, who was the highest ranking Confederate official to remain in the city, obtained an interview with the president. He proposed that Abraham Lincoln allow the Virginia legislature to meet for the purpose of considering a Confederate surrender, but when Lee surrendered shortly thereafter, Mr. Lincoln, who had originally agreed to John Campbell’s request, rescinded his authorization.

After the war, John Campbell returned to New Orleans, where he set up a law practice with his son, Duncan, and former Louisiana judge Henry Spofford. Over the following years, the old foe of banks and corporations established a lucrative practice representing their interests in courts. He became a fixture before the Supreme Court, arguing cases regularly before the bench on which he had once sat. One of these, the Slaughterhouse Cases (1873), provided the Supreme Court with the opportunity to interpret the newly ratified Fourteenth Amendment to the Constitution. The case involved a Louisiana statute that attempted to regulate animal slaughter by requiring that all slaughtering in New Orleans be done at a single, newly chartered company. The grant of this monopoly inconvenienced many butchers and generated inevitable complaints of government favoritism and corruption. John Campbell represented an association of butchers who challenged the Louisiana law, and he seized on the newly ratified Fourteenth Amendment as grounds for declaring the law unconstitutional. Chief among his arguments was the contention that the Fourteenth Amendment’s privileges and immunities clause prevented state governments from abridging the "privileges or immunities" of U.S. citizens. By depriving his clients of a right to engage in the business of animal slaughter, Mr. Campbell argued, Louisiana had in fact denied them the "privilege" of practicing their trade. The Supreme Court narrowly turned aside this argument, holding in a decision that remains controversial to this day that the privileges and immunities clause protects only a limited category of rights.

Former Justice Campbell maintained an active legal practice until the early 1880s. In 1884 Mr. Campbell retired from active practice and moved to Baltimore

Being a Jacksonian Democrat, Justice John Campbell left no significant mark on the law during his tenure of service on the Court - no well-known opinion or enduring legal formulation. Initially, such attention as he drew to himself stemmed from a series of dissents involving the rights of corporations.

John Campbell was an implacable foe of corporate power and of federal encroachment into state prerogatives to regulate this power. He had scarcely arrived on the Court before he declared himself opposed to the Court’s already established finding that corporations amounted to "citizens" under the Constitution and thus entitled to invoke the protection of federal courts. According to Mr. Campbell, growing corporate power mocked "the frugal and stinted conditions of state administrations." Corporations had targeted state administrations as prey, and used "corrupt and polluting appliances" to achieve their ends.

Mr. Campbell's views on slavery were more moderate than one might have expected from a Southern justice. He had freed his own slaves when he joined the Court and seems to have believed that slavery would eventually vanish from North America.