John Nance Garner III was an American Democratic politician and lawyer from Texas.

Garner was born on November 22, 1868 in Red River County, Texas, the son of John Nance Garner III, a farmer, and Sarah Guest.

Garner attended local schools and played semiprofessional baseball. He attended Vanderbilt University briefly but returned to northeast Texas to read law in Clarksville. There he was admitted to the bar in 1890 and was an unsuccessful candidate for city attorney in 1892. 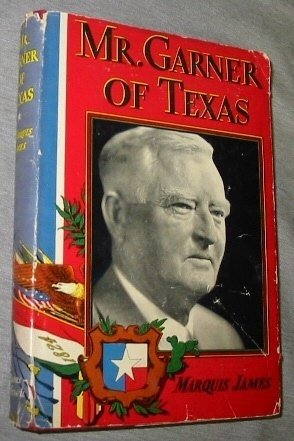 Although he considered himself a good Methodist, he made no secret of his enjoyment of bourbon, cigars, and poker.

Although Garner considered himself a good Methodist, he made no secret of his enjoyment of bourbon, cigars, and poker. He was amiable and honest, spoke pithily and often colorfully, and was well-informed. Garner was not petty or mean, and he avoided taking extreme positions. He was a person of notable integrity and of outstanding ability in handling legislative matters. Where there was room for negotiation between conflicting interests, he was remarkably adept at striking honest bargains.

On November 25, 1895, Garner married Mariette ("Ettie") Rheiner, the daughter of a prosperous rancher. She served as his legislative secretary and political confidante. They had one child.