(This is a new health economics textbook with a difference...)

This is a new health economics textbook with a difference. It is based firmly in the discipline of economics and, as such, it fills a gap in the health economics market. But, unlike other texts in the area, it is very explicit about the distributive implications of economic models and it provides clear rathionale for public involvement in the market for health care. It separatesthe efficiency reasons for public involvement(based on notions of 'market failure') from the equity reasons(based on the views of society that health care should be distributed according to the notion of health needs rather than according to ability to pay). The book illustrates the distributional aspects of money flows in the financing and provision of health care, and discusses who are the gainers and who are the losers under different financing arrangements. A central part of the book contains a discussion of those techniques that are increasingly being used to aid decisions about how to distribute health care. Beyond the parameters included in economic evaluation techniques such as cost- benefit analysis and cost-effectiveness analysis, the book discusses some key ethical issues that are relevant for decision-makers when setting health care priorities.

The Costs of Poor Health Habits

Poor health habits (drinking, smoking, lack of exercise) obviously take their toll on individuals and their families. The costs to society are less obvious but certainly more far-reaching. This investigation is the first to quantify the financial burden these detrimental habits place on American taxpayers. Willard Manning and his colleagues measure the direct costs of poor health habits (fire damage, motor vehicle accidents, legal fees), as well as collectively financed costs (medical care, employee sick leave, group health and life insurance, nursing home care, retirement pensions, liability insurance). Consider two co-workers covered by their employer's health plan: both pay the same premium, yet if one drinks heavily, the other--through their mutual insurance program--involuntarily funds the resulting health problems. After laying out their conceptual framework, methods, and analytical approach, the authors describe precisely how and to what extent drinking, smoking, and lack of exercise are currently subsidized, and make recommendations for reducing or reallocating the expense. They present, for example, a persuasive case for raising excise taxes on alcohol. The authors correlate their data to make costs comparable, to avoid double counting, and to determine the exact costs of each of these poor health habits and some of their findings are quite surprising. This unique study will be indispensable to public health policy specialists and researchers, as well as to health economists.

("A Measure of Malpractice" tells the story and presents t...)

"A Measure of Malpractice" tells the story and presents the results of the Harvard Medical Practice Study, the largest and most comprehensive investigation ever undertaken of the performance of the medical malpractice system. The Harvard study was commissioned by the government of New York in 1968, in the midst of a malpractice crisis that had driven insurance premiums for surgeons and obstetricians in New York City to nearly $200,000 a year. The Harvard-based team of doctors, lawyers, economists, and statisticians set out to investigate what was actually happening to patients in hospitals and to doctors in courtrooms, launching a far more informed debate about the future of medical liability in the 1990s. Careful analysis of the medical records of a representative sample of 30,000 patients hospitalized in 1984 showed that approximately 1 in 25 patients suffered a disabling medical injury, one-quarter of these as a result of the negligence of a doctor or other provider. After assembling all the malpractice claims filed in New York State since 1975, the authors found that just one in eight patients who had been victims of negligence actually filed a malpractice claim, and more than two-thirds of these claims were filed by the wrong patients. The study team then interviewed injured patients in the sample to discover the actual financial loss they had experienced: the key finding was that for roughly the same dollar amount now being spent on a tort system that compensates only a handful of victims, it would be possible to fund comprehensive disability insurance for all patients significantly disabled by a medical accident. The authors, who came to the project from very different perspectives about the present malpractice system, are now in agreement about the value of a new model of medical liability. Rather than merely tinker with the current system - which fixes primary legal responsibility on individual doctors who can be proved medically negligent - legislatures should encourage health care organizations to take responsibility for the financial losses experienced by all patients injured in their care.

( The health care industry differs from most other indust...)

The health care industry differs from most other industries in that medical pricing is primarily administered by the government and private insurers and in that it uses several types of contracts. Providers may receive a fixed sum for all necessary services within a given period of time, for the necessary services to treat a given condition, or for each specific service. The industry is changing dramatically, offering many natural experiments to aid understanding of the economics of pricing for health care.In Pricing the Priceless, Joseph Newhouse explains the different pricing systems and how they affect resource allocation and efficiency, focusing on the efficiency of pricing. He also discusses larger issues of equity, fair distribution of burden, and social justice. Although most of the examples are American-based, the same issues arise in all medical care financing and delivery systems, and the theories and models are general enough to apply to many institutional contexts. The topics include Medicare, managed care, the contemporary integration of health insurance and medical care, the management of moral hazard and stinting, uncertainty and risk aversion, the demand for health insurance, agency relationships, information disparities, regulation, and supply-side and demand-side selection.

(Pricing the Priceless: A Health Care Conundrum by Newhous...)

Pricing the Priceless: A Health Care Conundrum by Newhouse, Joseph P. [The MI...

(Pricing the Priceless: A Health Care Conundrum by Newhous...)

Pricing the Priceless: A Health Care Conundrum by Newhouse, Joseph P. [The MI...

Board regents The National Library Medicine, since 1999. Board directors Aetna, ABT Associates, National Committee Quality Assurance. 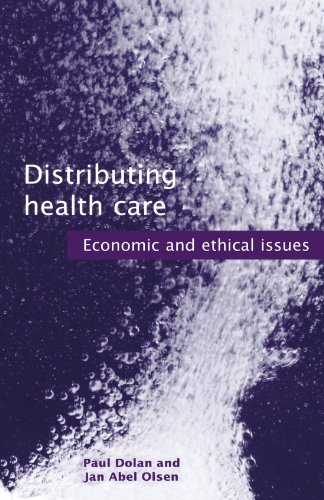 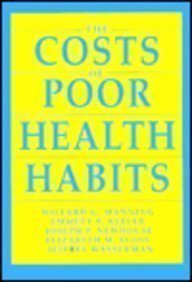 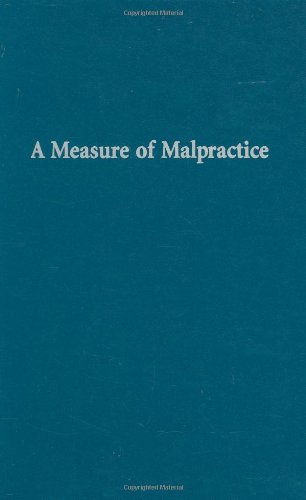 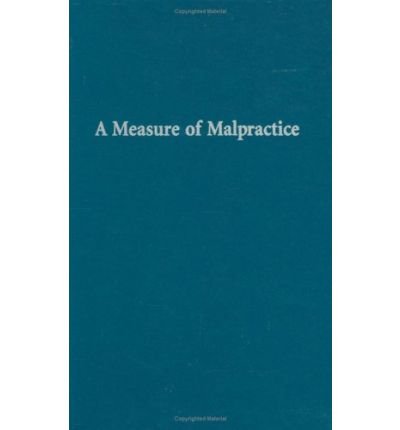 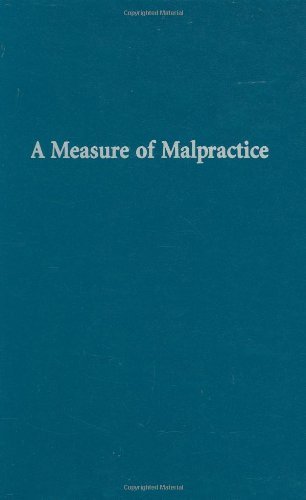 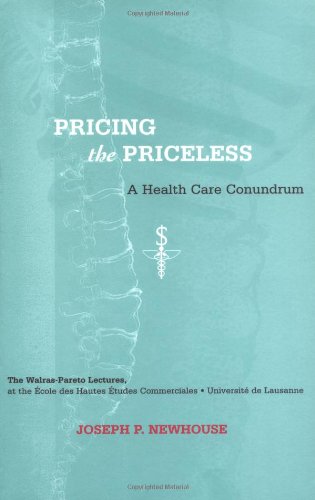 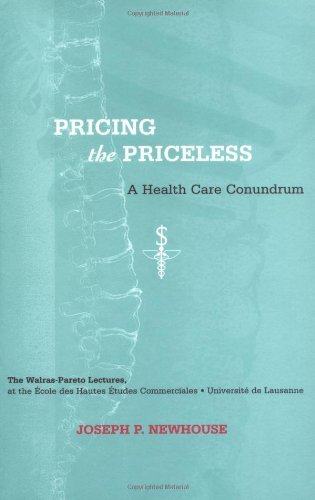 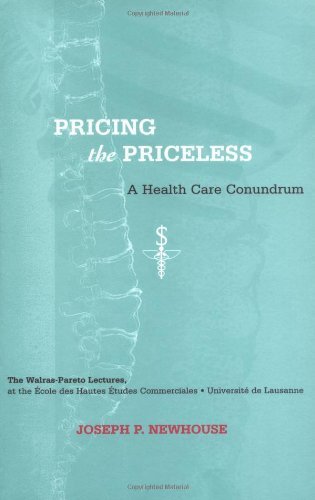 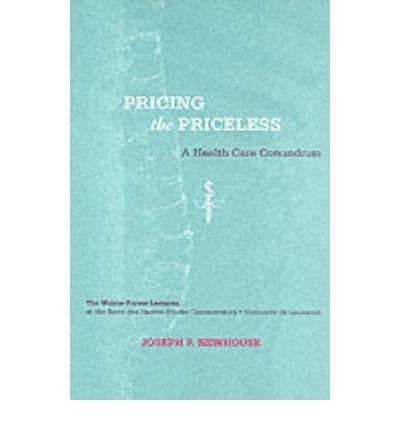 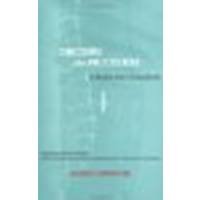 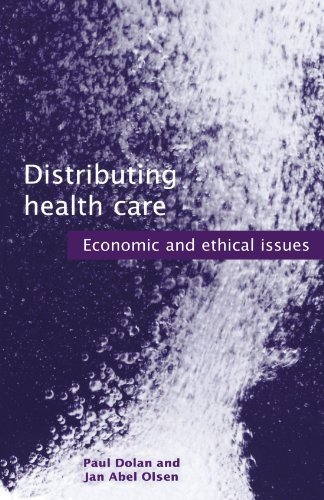 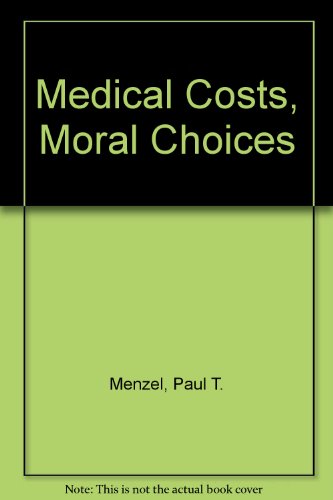 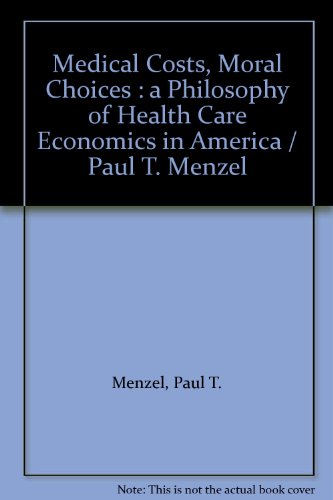 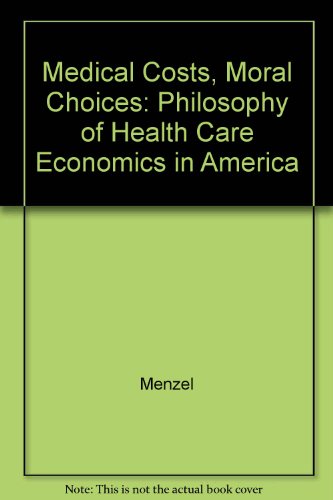 Most of my research has centred on the economics of health. At a theoretical level I have tried to make sense of the medical-care sector through extensions of neoclassical theory to encompass the phenomena of the medical market place. These applications have included: the theory of nonprofit firms, especially hospitals.

At an empirical level I have focussed most of my energies on estimating demand functions for medical-care services, especially price or insurance elasticities.

I have spent 13 years designing and analysing the data from a social experiment in health-care financing. 7706 individuals in 2756 families participated in this experiment, 70 per cent of them for three years and the remainder for five. Most were randomised to insurance plans that varied the co-insurance rate.

Some were randomly assigned to a health maintenance organisation. The experiment sought to measure the insurance elasticity of demand, its interaction with income, if any, and the consequences for the health

status of the participants (i.e. the marginal product of the induced increase in demand). The sample assigned to the health maintenance organisation was used to test the effect of this form of organisation on the use of services and health status.

Additionally a comparison of those randomised in with those already enrolled affords a measure of adverse selection. This experiment has also contributed to developments in the technology of social experimentation, especially in the method for optimally allocating families to experimental treatments.