Other photo of Judith Marie Pask

This bibliography brings together key articles, books, dissertations, conference papers, and other reports that discuss how library patrons are being instructed in the use of online catalogs, commercial databases, and CD-ROM products. Over 550 entries are annotated to provide a basic compendium for librarians who are training users in new online technologies, library school faculty teaching future librarians, and researchers in both library and information science and education. The book includes instruction given in all types of libraries and covers materials published between 1970 and 1988. Emphasis is on instruction for library patrons or end-users and limited to materials appearing in English. With author and subject indexes. 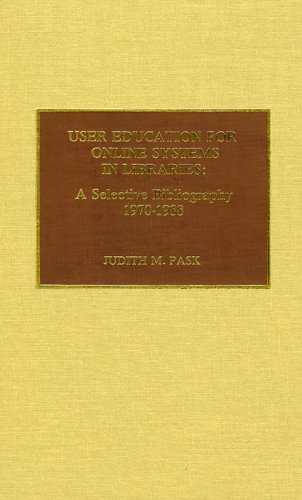