Got to Tell it: Mahalia Jackson, Queen of Gospel

(Mahalia Jackson was one of the greatest gospel singers Am...)

Mahalia Jackson was one of the greatest gospel singers America has ever known, the woman who almost singlehandedly brought black gospel from the churches of Chicago into the public eye. In her pink, floor-length organza gown, her black beehive piled high atop her head, and her foot-stomping, hip-swaying style, Mahalia was gospel personified. And whether she was singing in a local church, performing at Harlem's Golden Gate, or appearing on The Dinah Shore Show, her spiritual bewitchery and monumental voice were sure to lift the souls of those listening into an astonishing state of grace. Now, Jules Schwerin, the producer of Mahalia Jackson's Grammy award-winning record for best gospel and soul in 1976 and the creator of a highly acclaimed film documentary on Mahalia, brings us a firsthand account of the Queen of Gospel, based on his interviews with Mahalia. We hear Mahalia as she remembers the local preacher who influenced her style: "There was a way that he would preach, would have a singing tone in his voice, that was sad. And it done something to me....It is the basic way that I sing." We follow Mahalia to Chicago, where her partnership with Thomas A. Dorsey (the Father of Gospel) brought her local fame, and where a young disc jockey named Studs Terkel invited her to appear on his radio program, successfully introducing her and gospel music to the airwaves. (As he recalls, "Watching her in a church...her relationship to the congregation was something to experience. You didn't forget the call-and-response, the give-and-take; she didn't sing with her voice alone, it's the body, the hands, the feet.") We hear her sing at the Montgomery, Alabama, boycott for Rosa Parks (the woman who had refused to move from the white section of a bus). We feel her performance of "I Been 'Buked and I Been Scorned" unite and uplift the thousands gathered at the Second March on Washington ("I reached out and touched a chord...lifted the rhythm to a gospel beat...and joy overflowed"). And we also encounter the other Mahalia, who became possessive and paranoid about her earnings and who fired her longtime companion and accompanist Mildred Falls when she asked for a much-deserved raise. Got To Tell It is the result of Schwerin's personal odyssey to reveal the Mahalia that he and those close to her came to know--a woman who could be at once warm and giving, and also cruel and unmerciful, but whose music would always bring joy and inspiration. Complete with a discography of Mahalia's recordings, here is an unforgettable portrait of the woman who brought gospel to the world. 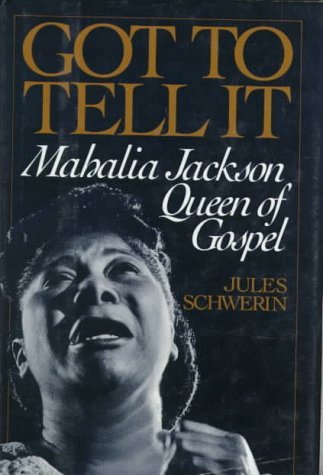 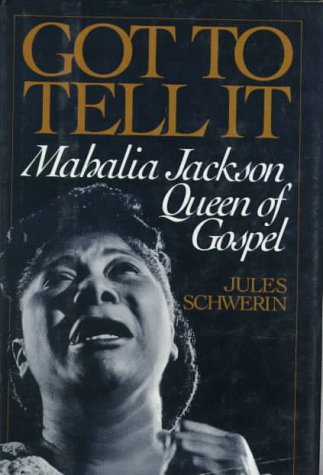