Karl Burdach began his studies at the University of Leipzig in 1793 and received the Doctor of Philosophy degree in 1798. In June 1799, he formally became Doctor of Medicine at Leipzig.

Other photo of Karl Burdach

Karl Burdach began his studies at the University of Leipzig in 1793 and received the Doctor of Philosophy degree in 1798. In June 1799, he formally became Doctor of Medicine at Leipzig.

Other photo of Karl Burdach

Burdach began his studies at the University of Leipzig in 1793 and received the Doctor of Philosophy degree in 1798. He was still unqualified to practice, however, since at the time Leipzig did not offer any clinical training. He, therefore, proceeded to Vienna and the great clinician Johann Peter Frank, not only because of Frank’s fame and the attractions of Vienna but also because of Frank’s reported adherence to the Brunonian system of medicine, which had fascinated the young man during his training. At the end of his year at Vienna, Burdach began to search - unsuccessfully - for an academic position.

Karl Burdach formally became Doctor of Medicine at Leipzig in June 1799 and settled down to private practice and private lecturing while awaiting a university appointment. During this period, which lasted until 1811, the young man turned to medical writing as a means of supplementing his income and making his name known. 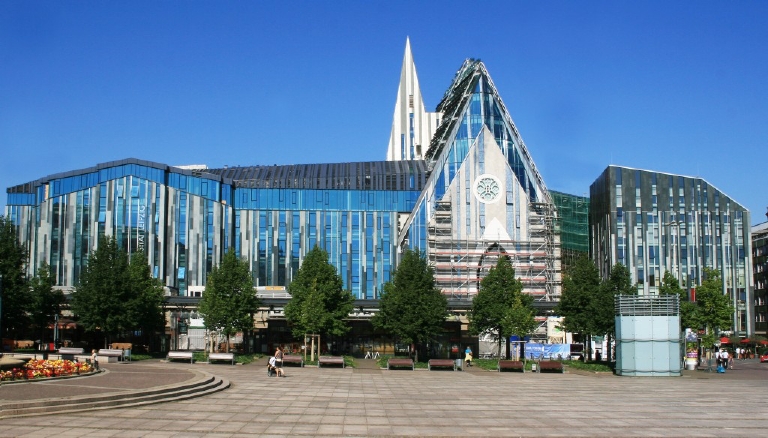 In the summer of 1811, Burdach was finally successful in obtaining a position, as professor of anatomy, physiology, and forensic medicine at the University of Dorpat (now the University of Tartu). The new-found financial freedom and increased spare time allowed him finally to begin firsthand research, and his choice of areas reflected his general interests. He began intensive studies of the anatomy of the human brain, and of embryonic and animal brains; he also studied in detail the classic works on embryology, in particular, those from Harvey to the treatise by Johann von Autenrieth (1797). It is clear that both interests, which were to remain with Burdach, stemmed from his conviction that a knowledge of the world could be obtained only through a rational intellectual analysis of all aspects of man’s life.

Animated by the desire to return to Germany, in 1813 - 1814 Burdach applied for and received the recently vacated professorship of anatomy at the University of Königsberg (it was destroyed during World War II, and today the Immanuel Kant Baltic Federal University in Kaliningrad claims to maintain the traditions of the University of Königsberg). In addition to an increase in salary and the title Hofrath, he obtained permission to create and head an anatomical institute. For the protectorship of the institute, he finally obtained the services of Karl Ernst von Baer, a former student of his at Dorpat (now Tartu), and the Königliche Anatomische Anstalt in Königsberg (now Kaliningrad) was formally opened on November 13, 1817. Within it, Burdach taught courses in anatomy, physiology, propaedeutics, and the life of the fetus, and Baer - treated more as colleague than assistant - dealt with zootomy, human anatomy, and fetal physiology. The research carried out at the institute was reported in yearly Berichte.

The first results of Burdach’s examination of the nervous system were reported in the first Bericht (1818), and complete treatment of the subject appeared in Vom Baue und Leben des Gehirns, the first volume of which appeared in 1819. The work is one of the best examples of the approach taken by the Romantic physiologists. It seeks to be comprehensive and systematic; Burdach maintained that one must know formation and life in order to arrive at the real goal, knowledge of the nature of the total entity. He argued that every coherent, systematic work must proceed in accordance with a particular point of view.

Burdach sought to show that the nervous system was itself a unity and not just a conglomerate of various anatomical structures. He examined the parts of the brain with the intent of delineating the systems of which they were elements, and was particularly interested in such integrating structures as the intracerebral connecting paths and the fiber tracts. This entailed a thorough anatomical examination, and Burdach provided precise and detailed descriptions of many parts and their relationships. He is credited with the explanation of the relationship of the olive to its surrounding region and with the clarification of the nature of many of the fascicule. In the anatomical nomenclature prior to the Basel reforms, the column of fibers in the spinal cord now called the fasciculus cuneatus and first described by Burdach was known as the "column of Burdach." He described several of the nuclei of the thalamus and pointed out the division of the lentiform nucleus of the corpus striatum into putamen and globus pallidus. Among the other structures, he named were the claustrum, the brachium conjunctivum (superior cerebella peduncle), and the cuneus. But such observational advances were only way stations on the path to knowledge of the "Idea" of the brain. Thus, a third volume, Leben des Gehirns, followed the first two anatomical volumes. This was an attempt at the physiology of the central nervous system, and contained discussions of meningitis, the function of the cerebral gyri, and the connection of the corpora quadrigemina with the hearing function.

In 1820 the question arose of the desirability of producing a second edition of Burdach’s 1810 physiology text. Instead, he chose to embark on a more ambitious course - a large-scale treatment of all physiology as a whole. Burdach intended to produce a statement of the nature of life through a study of all the individual appearances that are a part of life - a science of experience, based on nondemonstrable premises. For the work, he recruited collaborators and assistants in many ancillary fields: Baer, Heinrich Rathke, the botanist C. W. Eysenhardt, and, for later volumes, Johannes Müller, Theodora von Siebold, and Gabriel Valentin. The first volume of the text, Die Physiologie als Erfahrungswissenschaft, appeared in 1826.

The form of the work was determined for Burdach by his conception of physiology. The ultimate goal of physiology was knowledge of the human spirit (Geist); but the essence (Wesen) of anything, he pointed out, takes root only in the whole of reality, and only therein will it be completely known. Thus, in order to know man, physiology must view the whole of nature and consider all the phenomena of the world. For Burdach, as for many of his contemporaries, physiology was no longer a study of the functions or uses of organic parts, but of life and its appearances.

The ten volumes of the work were to be divided between consideration of life in general as an ordered progression of processes and the particular functions and processes of living things. However, the death of Burdach’s wife in 1838 forced the termination of the work after the sixth volume, with the complete plan unrealized. The first three volumes published dealt with the history of Leben an sich: generation (Vol. 1); embryonic life, beginning with the development of the egg (Vols. II and III); and independent life, leading to death (Vol. III). The incomplete second part treated some of the systems involved in the vegetative aspects of life: the blood, the blood circulation, and the associated functions of nutrition and secretion. Incomplete though it was, the text was for a time well known and widely read.

The discussion of development in Volume II, prepared largely by Baer and Rathke, indirectly had a profound influence on the development of modern embryology. Baer submitted an entire treatise on the formation of the embryo; Burdach, however - a man convinced of the correctness of his ideas - rearranged the discussion to conform to his larger system, breaking up Baer’s treatise and distributing it throughout the work. Baer, angry at what he considered such cavalier treatment, proceeded to publish his treatise separately, as the first part of his Ueber Entwicklungsgeschichte der Thiere (1828), the first great work of modern embryology.

The last of Burdach’s major works was the four-volume Blicke ins Leben (1842 - 1848). It was written as the culmination of one aspect of Burdach’s scientific life, and it exhibited characteristic elements of the thought not only of Burdach but also of most Romantics. Burdach was always optimistic about the unlimited knowledge of the human spirit available to man; he strove always to be rational since reason is an aspect of the Absolute; and he strove always for universality, seeking true knowledge, which is knowledge of the totality of nature. With the preparation that Burdach believed he had obtained from a lifetime’s properly directed scientific work, he sought to show the reader how, from a scientific point of view, all existence can and must be seen as a harmonious whole. Thus, religion and morality must properly be based on science. The first two volumes (1842) continued Burdach’s developmental studies by seeking to set forth a phylogeny of the human soul. The third (1844) contained general reflections on human existence, and the last volume, published posthumously in 1848, was Burdach’s autobiography. 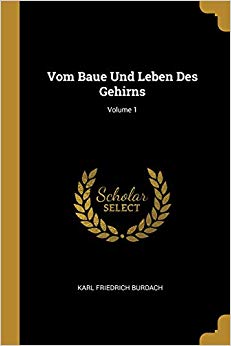 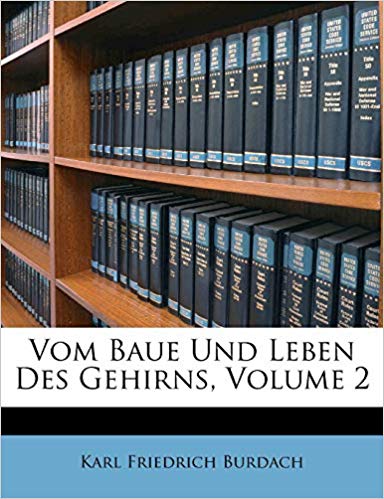 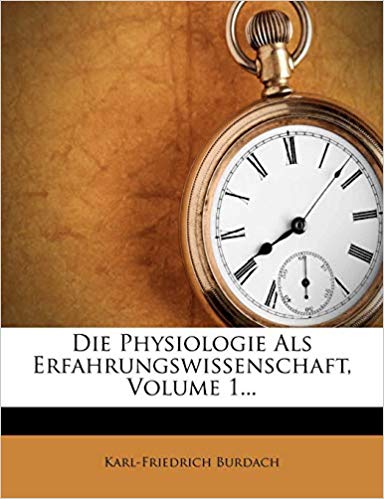 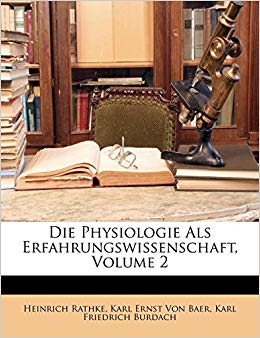 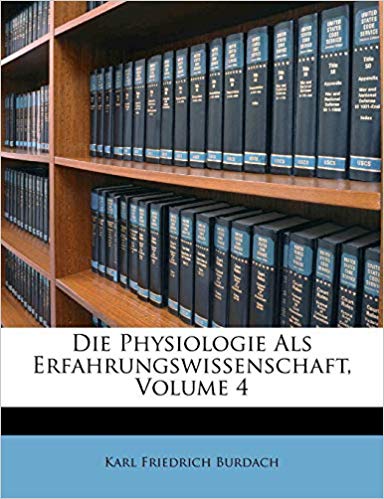 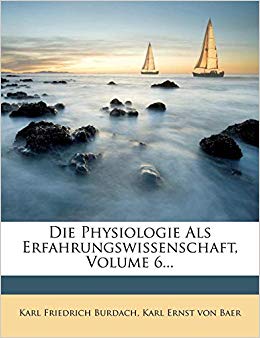 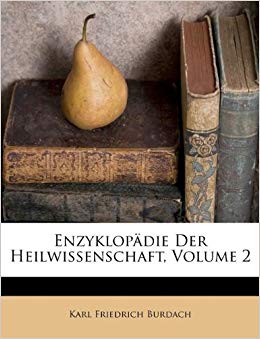 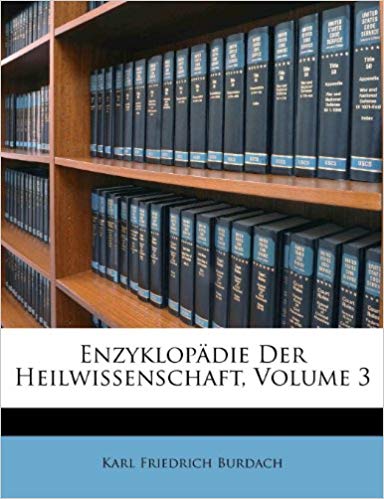 Karl F. Burdach was an advocate of vitalism. He believed in a life force that "created the whole world and produced each living thing."

Karl Friedrich Burdach was married, and had a son.