Other photo of Karl Gauss

Theory of the Motion of the Heavenly Bodies Moving About the Sun in Conic Sections: A Translation of Gauss's Theoria Motus (Classic Reprint)

Johann Carl Friedrich Gauss was born on 30 April 1777 in Brunswick (Braunschweig), in the Duchy of Brunswick-Wolfenbüttel (now part of Lower Saxony, Germany), to poor, working-class parents. His mother was illiterate and never recorded the date of his birth, remembering only that he had been born on a Wednesday, eight days before the Feast of the Ascension (which occurs 39 days after Easter). Gauss later solved this puzzle about his birthdate in the context of finding the date of Easter, deriving methods to compute the date in both past and future years. He was christened and confirmed in a church near the school he attended as a child.

Gauss was a child prodigy. A contested story relates that, when he was eight, he figured out how to add up all the numbers from 1 to 100. There are many other anecdotes about his precocity while a toddler, and he made his first groundbreaking mathematical discoveries while still a teenager.

As a seven year old he dazzled his school teachers by quickly summing up the integers from 1 to 100. He was already criticizing Euclid’s geometry by the time he was 12.

Gauss's intellectual abilities attracted the attention of the Duke of Brunswick, who sent him to the Collegium Carolinum (now Braunschweig University of Technology), which he attended from 1792 to 1795, and to the University of Göttingen from 1795 to 1798. While at university, Gauss independently rediscovered several important theorems. 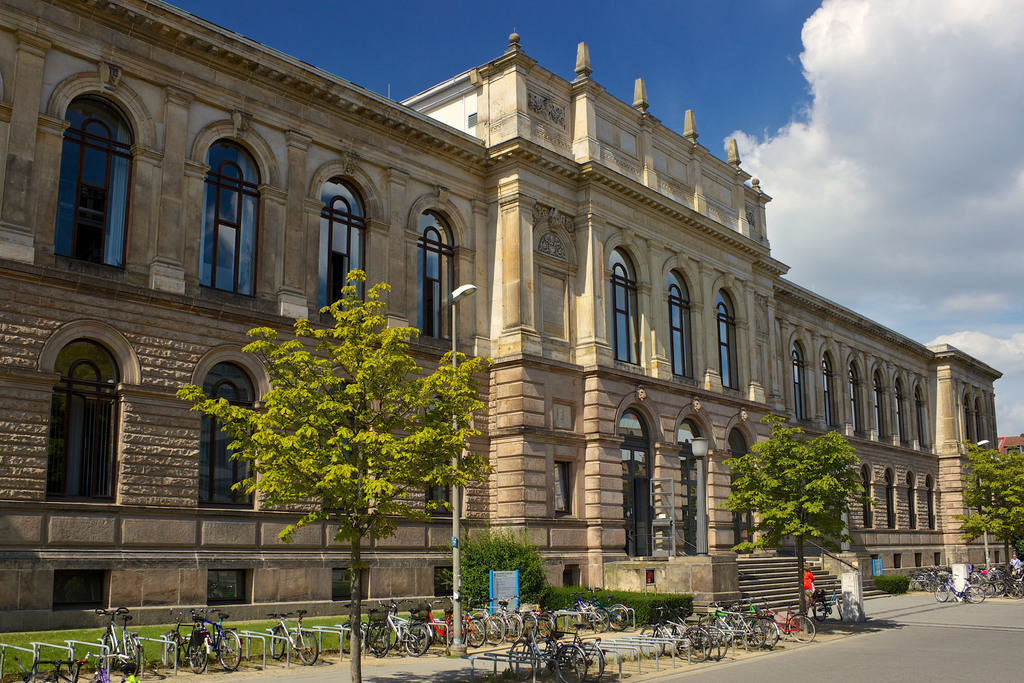 In 1801 Gauss published Disquisitiones arithmeticae, a work of such originality that it is often regarded as marking the beginning of the modern theory of numbers. The discovery by Giuseppe Piazzi of the asteroid Ceres in 1801 stimulated Gauss's interest in astronomy, and upon the death of his patron, the Duke of Brunswick, Gauss was appointed director of the observatory in Göttingen, where he remained for the rest of his life. In 1831 he collaborated with Wilhelm Weber in the establishment of a geomagnetic survey in Göttingen.

Apart from his books Gauss published a number of memoirs, mainly in the journal of the Royal Society of Göttingen. Generally, however, he was reluctant to publish anything that could be regarded as controversial, so that some of his most brilliant work was found only after his death.

Gauss always strove for perfection of form in his writings. Consequently his finest work, Disquisitiones arithmeticae, in which he integrated the work of his predecessors with his own, by its elegance and completeness rendered previous works on the subject superfluous. Quadratic residues, which led to the law of quadratic reciprocity that Gauss had discovered before he was 18, and indeed power residues in general, are treated extensively. Gauss made three more outstanding contributions to the theory of numbers: the theory of congruences, the theory of quadratic forms, and researches on the division of the circle into equal parts. Gauss also introduced the notation a b (mod c) for congruences; he developed the theory of congruences of the first and second degrees and showed that all problems of indeterminate analysis can be expressed in terms of congruences. Also he investigated the representation of integers by binary and ternary quadratic forms. However, neither the work on quadratic forms nor that on second-degree congruences had any impact until the importance of these contributions was later recognized by K. G. J. Jacobi.

On the other hand, Gauss's results on the division of the circle were received with enthusiasm, for these were immediately recognizable as the solution of a famous problem in Greek geometry, namely, the inscription of regular polygons in a circle. First, Gauss proved that a regular polygon with 17 sides can be constructed with ruler and compasses; he then generalized the result by showing that any polygon with a prime number of sides of the form 22m + 1 can be constructed with these instruments.

Albert Girard was the first to surmise in 1629, but was unable to prove, that every algebraic equation has at least one root. Gauss gave three proofs for this: the first of these, given in his thesis, assumes that a continuous function which takes positive and negative values is necessarily zero for some value of the variable.

It is clear from Gauss's notebooks that he recognized the double periodicity of the elliptic functions; however, the work was unpublished, and discovery of the property is credited to N. H. Abel, a later mathematician who gave the first published account. Gauss was the first to adopt a rigorous approach to the treatment of infinite series, as illustrated by his treatment of the hypergeometric series. This series, 1 + ab/c x + a(a + 1)b(b + 1)/c(c + 1) x2/2! + …, had been introduced earlier by Leonhard Euler, but it was Gauss who devised a test to establish the conditions for the convergence of this series. He also brought to light the important property that nearly all the functions then known could be expressed as hypergeometric series.

The theory of biquadratic residues was developed by Gauss in two memoirs which he presented to the Royal Society of Göttingen in 1825 and 1831. These investigations, an extension of his earlier work on quadratic residues, involved the use of complex numbers. Gauss recognized that all numbers are of the form a + ib and represented such numbers by points in a plane. Besides deriving the law of biquadratic reciprocity with the help of complex numbers, Gauss opened up a new line of research by modifying the definition of a prime number. According to the new definition, the number 3, for example, remains a prime, while the number 5 becomes composite, since it can be expressed as a product of complex factor (1 + 2i)(1 − 2i).

After the discovery of Ceres in 1801, the body was lost to observers, but from Piazzi's observations before it disappeared, Gauss successfully determined the orbit of this asteroid and was able to predict accurately its position. Gauss's success in these calculations encouraged him to develop his methods further, and in 1809 his Theoria motus corporum coelestium appeared. In it Gauss discussed the determination of orbits from observational data and also presented an analysis of perturbations.

In his calculation of planetary orbits Gauss used the method of least squares. This method enables all the data to be used when more observations are available than the minimum needed to satisfy the equations. In attempting to justify the method, Gauss derived the Gaussian law of error, familiar to students of probability and statistics as the normal distribution.

Since the time of the Greeks many attempts had been made to prove Euclid's postulate concerning parallels; the postulate is equivalent to the supposition that the sum of the angles of a triangle is two right angles. In 1733 an attempt to prove the postulate was made by Girolamo Saccheri, who, in fact, invented two non-Euclidean geometries only to reject them for unsound reasons. Gauss envisaged the possibility of developing a geometry without the parallel postulate and on one occasion even measured the angles of a triangle formed by three mountains, finding the sum to be two right angles within the limits of experimental error. Although he published nothing on the subject, Gauss was almost certainly the first to develop the idea of non-Euclidean geometry.

As adviser on geodesy to the Hanoverian government, Gauss had to consider the problem of surveying hilly country. This led him to study differential geometry, and he developed the concepts of curvilinear coordinates and line-element and parametric representations. In 1827 he published a memoir in which the geometry of a curved surface was developed in terms of intrinsic, or Gaussian, coordinates. Instead of considering the surface as embedded in a three-dimensional space, Gauss set up a coordinate network on the surface itself, showing that the geometry of the surface can be described completely in terms of measurements in this network. Defining a straight line as the shortest distance between two points, measured along the surface, the geometry of a curved surface can be regarded as a two-dimensional non-Euclidean geometry. The Gaussian coordinates thus provided an instrument for the analytical development of non-Euclidean geometries.

Gauss remained mentally active into his old age, even while suffering from gout and general unhappiness. For example, at the age of 62, he taught himself Russian.

On 23 February 1855, Gauss died of a heart attack in Göttingen (then Kingdom of Hanover and now Lower Saxony); he is interred in the Albani Cemetery there. 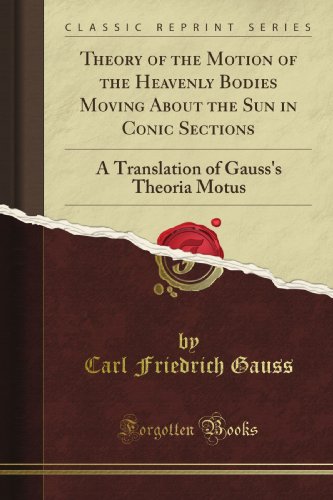 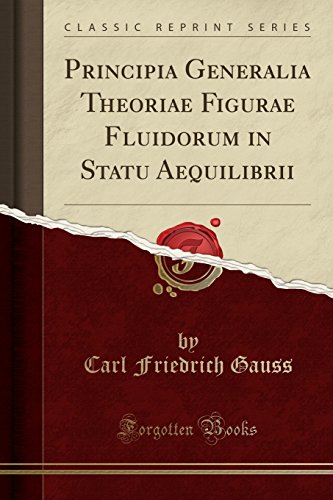 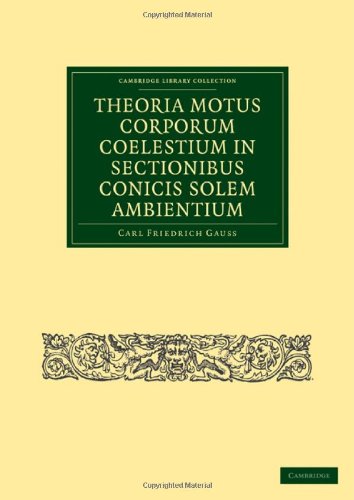 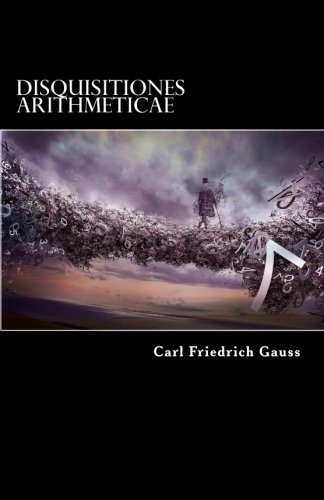 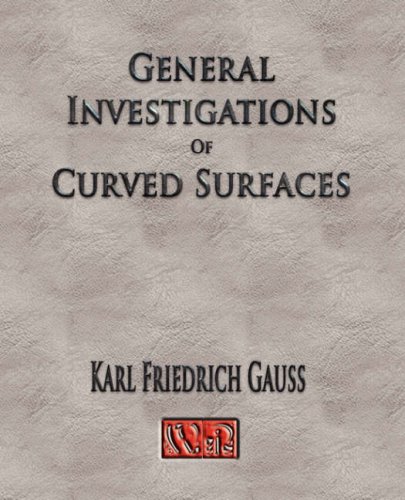 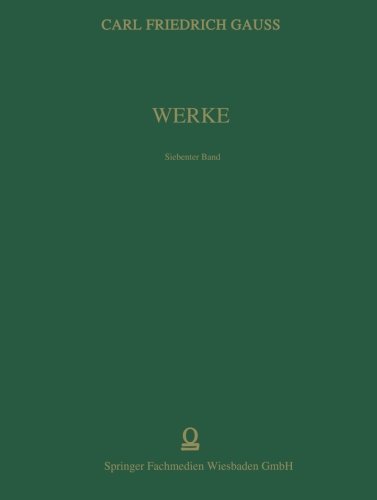 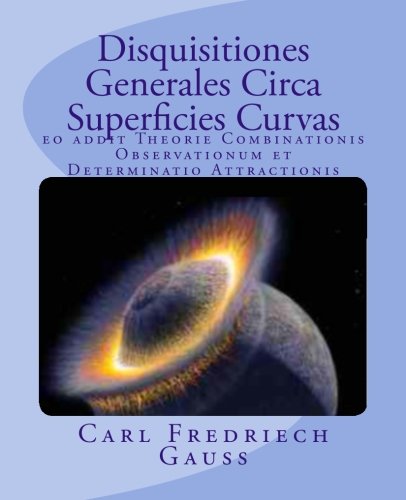 Gauss was a Lutheran. He was a member of the St. Albans Evangelical Lutheran church in Göttingen. Potential evidence that Gauss believed in God comes from his response after solving a problem that had previously defeated him: "Finally, two days ago, I succeeded— not on account of my hard efforts, but by the grace of the Lord. "

Gauss supported the monarchy and opposed Napoleon, whom he saw as an outgrowth of revolution.

Quotations: "Life stands before me like an eternal spring with new and brilliant clothes."

"We must admit with humility that, while number is purely a product of our minds, space has a reality outside our minds, so that we cannot completely prescribe its properties a priori."

"Mathematics is the queen of the sciences and arithmetic [number theory] is the queen of mathematics. She often condescends to render service to astronomy and other natural sciences, but in all relations, she is entitled to first rank."

"You have no idea, how much poetry there is in the calculation of a table of logarithms!"

In 1845, he became associated member of the Royal Institute of the Netherlands; when that became the Royal Netherlands Academy of Arts and Sciences in 1851, he joined as a foreign member.

Carl Gauss was an ardent perfectionist and a hard worker.

Though he did take in a few students, Gauss was known to dislike teaching. It is said that he attended only a single scientific conference, which was in Berlin in 1828. However, several of his students became influential mathematicians, among them Richard Dedekind and Bernhard Riemann.

Carl Gauss’s first marriage was to Johanna Osthoff which resulted in the birth of three children. Johanna died in 1809. Even though shattered, he never let his personal tragedies affect his professional life.

He later married Johanna's best friend, Friederica Wilhelmine Waldeck. He had three children from this marriage too. His second wife died in 1831 after a long illness.

One of his daughters, Therese, took care of the aging mathematician during his later years. He died on 23 February 1855, aged 77.