Kemmons Wilson as he poses in front of a wall-size map of the world and with one arm resting on an empty popcorn-making machine. (Photo by Alfred Eisenstaedt)

Wilson Kemmons, the founder of Holiday Inns, relaxing on a bed of a typical Holiday Inn room. (Photo by Will McIntyre)

Kemmons Wilson as he poses in front of a wall-size map of the world and with one arm resting on an empty popcorn-making machine. (Photo by Alfred Eisenstaedt)

Wilson Kemmons, the founder of Holiday Inns, relaxing on a bed of a typical Holiday Inn room. (Photo by Will McIntyre)

Half Luck and Half Brains: The Kemmons Wilson, Holiday Inn Story

(In his autobiography, Half Luck and Half Brains, Wilson i...)

In his autobiography, Half Luck and Half Brains, Wilson illustrates those "20 Tips" through the various episodes that shaped his incredible life story. It took some luck to bail him out when he mistakenly built his first house on the wrong lot.

Kemmons Wilson was an American businessman, builder, and developer. Able to anticipate consumer needs, Wilson formulated a concept for temporary accommodations that resulted in the Holiday Inns of America, a chain that revolutionized the hotel business by setting the standards for hotels as we now know them. He revolutionized the travel industry by providing affordable, comfortable, dependable lodging.

Kemmons Wilson was born on January 5, 1913, in Osceola, Arkansas, United States, to Kemmons Wilson, an insurance agent, and his wife, Ruby "Doll" Lloyd Wilson. He was raised by his mother following his father’s death when Kemmons was only 9 months old. Doll and Kemmons returned to her hometown of Memphis shortly after the death of her young husband. In Memphis, his mother worked as a bookkeeper and dental assistant.

Even in his youth, Kemmons was enterprising and contributed to the family’s income. Kemmons’ moneymaking opportunities included magazine sales, paper routes, grocery sackers, delivery boy, a soda jerk, and furniture builder. When he was 14, Wilson was hit by a car while working as a drugstore delivery boy.

The accident fractured his right leg and kept him in a body cast for 11 months. This forced him to miss school for nearly a year. He quit Memphis’s Central High School two months before his high school graduation when his mother was hospitalized. He then went to work to support them both. 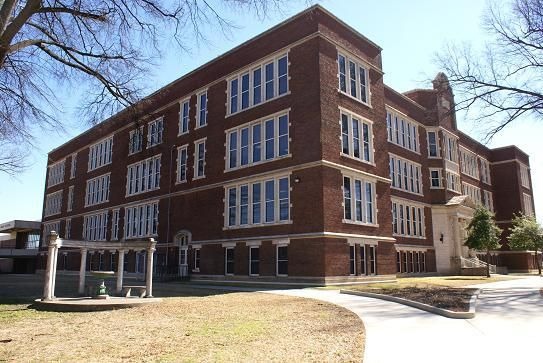 Borrowing fifty dollars from a friend in 1930, Wilson bought a popcorn machine and sold popcorn in a Memphis movie theater. By 1933, he had made $1,300 from his popcorn business and a pinball machine venture. Wilson used his money to build a home for himself and his mother in Memphis. He then borrowed money against his house to buy into the local Wurlitzer jukebox franchise.

To support his mother, Charles began his career as a businessman and managed an ice cream shop, a cigar store, as well as a sandwich stall. Soon, he saved enough money to buy the DeSoto Theatre, a movie hall in Memphis that had run out of business earlier. Soon he built and operated seven movie theaters, and even became part owner of a small airplane. He eventually owned eleven theatres across different cities, some of these were built by this businessman himself.

When World War II started, Wilson sold all his property and invested in war bonds. In 1943, after joining the Air Transport Command, he built nine two-unit houses which he leased to servicemen. After the war, he acquired an Orange Crush distributorship. He lost money in that enterprise, but his real estate ventures were very lucrative. He founded Kemmons Wilson Inc. in 1946 and Kemmons Realty Company in 1948. As president of those companies, Wilson built and sold thousands of homes and apartment units. During the postwar boom, he also acquired more movie theaters and ran a successful building supply business.

In 1951, on a family vacation to Washington D.C., Wilson was quite disappointed with the accommodation he was provided. Few of the cramped facilities they stayed in had restaurants that were even adequate, and fewer had to air-condition. On top of all that, he was charged extra for his children, even though the family all slept in the same room, with the children sleeping on bedrolls.

By the time he got back to his home in Memphis - already envisioning an increase in tourism due to the construction of an interstate highway system and the increase in dependence on automobiles - he decided to take it upon himself to build a motel chain. He was determined that his chain would eliminate the shortcomings he found and satisfy all of a traveler's needs as he saw them.

Kemmons decided that he was going to build a chain of motels, coast to coast, so you can travel completely across the country and stay at one of his motels each night. And with that vision, Holiday Inns was born in 1952. He joined hands with Wallace E. Johnson as and Eddie Bluestein. The first of the Holiday Inn chain of motels, located on Summer Avenue, en route to Memphis, was inaugurated in 1952. He did not leave any stone unturned and built more motels, with his numbers reaching up to 100 within the next seven years.

The hotels had certain characteristics, with the quality, cleanliness, and accessibility being top priority. Also, the partners, Wallace and Wilson were particular about keeping a Bible in each room. By 1964, the number of hotels owned by this business magnate grew to 500, and Holiday Inns began giving other expensive accommodations a run for their money, in terms of standard and comfort.

Kemmons launched the 100th outlet of Holiday Inn in the year 1968, at San Antonio, Texas. The same year, the first international hotel belonging to the chain was opened at Leiden, Holland, in Europe. Around the same time, he purchased the Continental Trailways and used its bus transport services for his hotels. Holiday Inn became successful on a global level, and by 1972, there were more than 1400 hotels belonging to the chain. Some hotels were also converted to resorts by installing Holidome indoor swimming pools.

In July 1974, this renowned businessman went ahead and purchased the Memphis Tams, a team belonging to the American Basketball Association. His financial associates for this venture were distinguished personalities like Al Wilson, Isaac Hayes, and Mike Storen. The team, with the new name, Memphis Sounds, was successful under the wings of the new owners, performing highly well in the ABA Playoffs of 1975. The following year, however, the team was bought over by a Baltimore-based group of entrepreneurs. In 1979, Continental Trailways ceased to be in Wilson's hands, since the company was sold to Henry Lea Hillman Sr., a businessman from Pittsburgh.

In 1977, Holiday Inn went into the hotel/casino business and, in 1979, it purchased Harrah's, a major Nevada casino operation with locations in Las Vegas and Atlantic City, New Jersey. In 1979, Wilson retired after a heart attack and bypass surgery. Retirement was short-lived. The company he created and built had 1,759 inns in more than 50 countries, annual revenues of more than $1 billion, and twice as many rooms as its closest competitor. Kemmons was 66 years old, an age when many people choose to slow down and take it easy. Instead, Kemmons discovered something new on a trip to Florida - timesharing. A new idea began to form and once again Kemmons decided to do things his way and he set about to reinvent the timeshare industry.

When he entered the fledgling timeshare industry, it had a reputation of hustlers and shady operators using quickly converted failed motels or apartment buildings along with gimmicky come-ons and high-pressure sales. With the purchase of 357 acres of mostly orange trees, Wilson began building what he referred to as his "second dream" and it was right in the back yard of Mickey Mouse’s house - Disney World in Orlando, Florida.

Just as he had built Holiday Inns with the family in mind, Orange Lake Country Club was designed with features to delight all ages. Kemmons’ entry into the field gave the timeshare industry the respectability it lacked at that time. Once again, leaders in the hospitality industry were following his lead. Within a few short years, Orange Lake Country Club grew to be the largest single-site timeshare operation in the world.

Later, he developed Wilson World Hotel & Suites, as well as Wilson Inns & Suites. In 1996, this accomplished entrepreneur spoke about his rags-to-riches story, focusing on the inception of Holiday Inn, in his autobiography titled Half Luck and Half Brains. 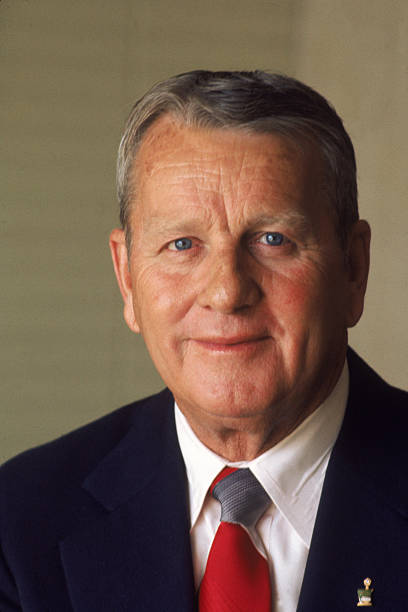 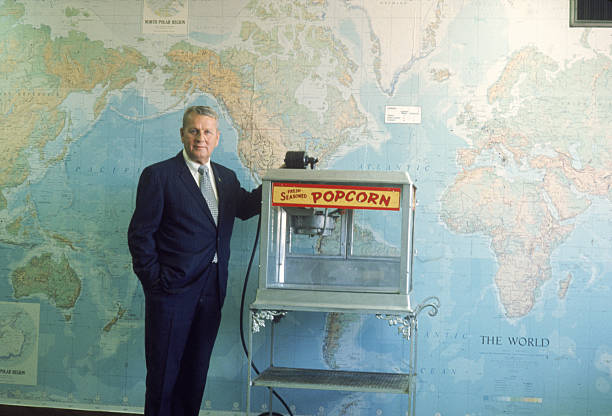 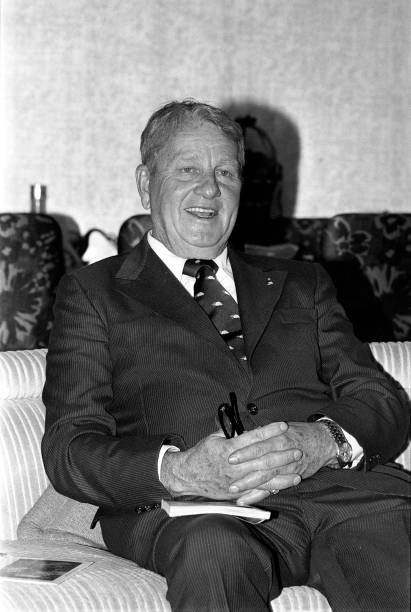 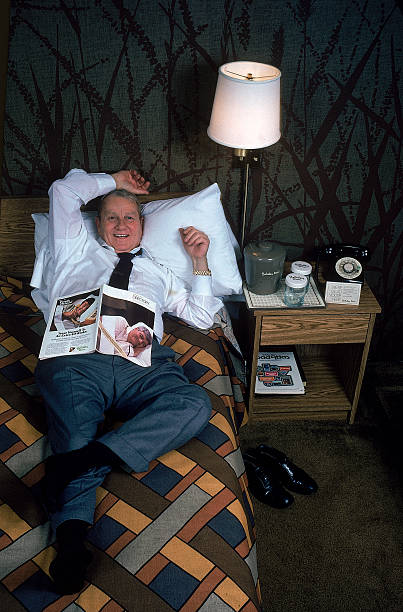 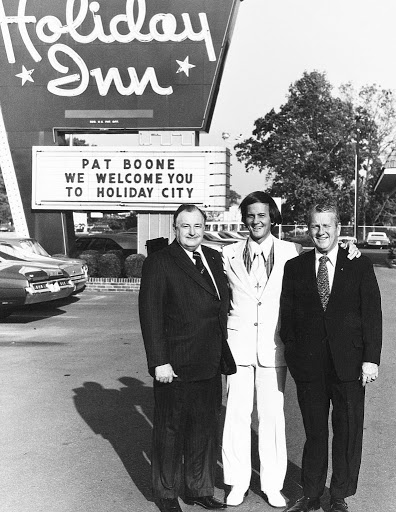 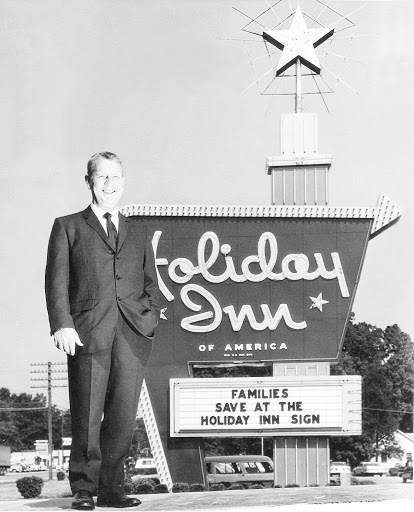 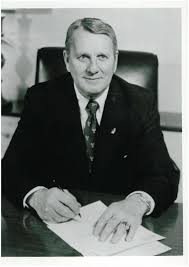 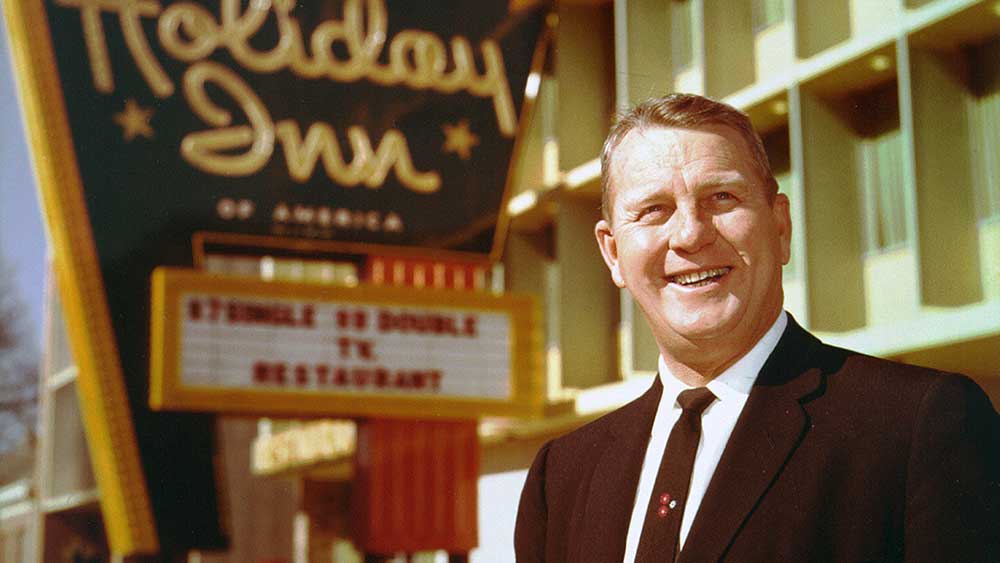 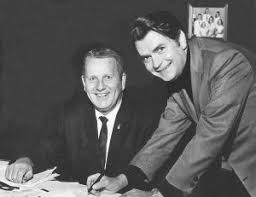 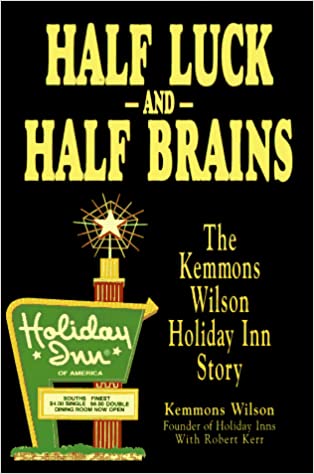 Kemmons Wilson was an active and faithful member of Christ United Methodist Church for 47 years. Kemmons and his wife, Dorothy, funded the Wilson Chapel at Christ United. He donated the music chimes for the church sanctuary in honor of his mother.

His most notable contribution was made to the University of Memphis - the Kemmons Wilson School of Hospitality and Resort Management opened August 1, 2002, exactly 50 years after the opening of the first Holiday Inn. The $15 million building that includes an 82-suite Holiday Inn with meeting facilities to accommodate 800 is located on the university campus. This training facility and hotel will be a living legacy that will provide its students with hands-on education and will produce key management employees needed to staff hotel, restaurant, and resort industry businesses for the future.

Quotations: "The most successful people are those who take pride in their work, pride in their family. It is great to attain wealth, but money is really just one way - and hardly the best way - to keep score."

"A successful person realizes his personal responsibility for self-motivation. He starts with himself because he possesses the key to his own ignition switch."