Other photo of Ken Endo

Other photo of Ken Endo

The Presidency of the European Commission Under Jacques Delors: The Politics of Shared Leadership (St. Antony's Series)

(This work is a systematic study of the presidency of the ...)

This work is a systematic study of the presidency of the European Commission, Drawing upon cases of attempted leadership, notably those of Jacques Delors, the Commission President from 1985-95, it examines the leadership capacity of the office-holder. The work focuses on how only a combination of certain (highly contingent) factors can lead to an effective presidency. In so doing, emphasis is placed on the inherently shared nature of Commission President leadership. Although this is essentially an empirical study, the work also addresses some of the theoretical implications of its findings and resulting issues. 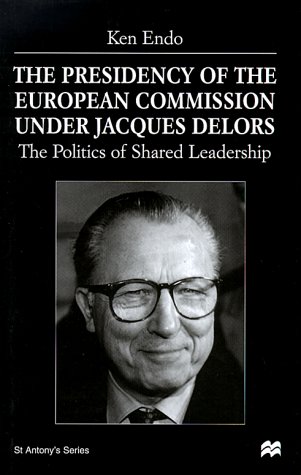