Fiscal Interactions in a Metropolitan Area

Fiscal interactions in a metropolitan area 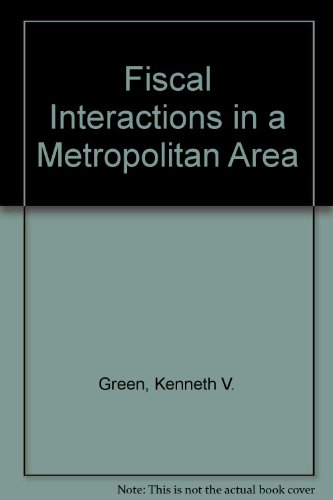 Early work concentrated on the applicability of public choice models to fiscal federalism. It demonstrated how this distribution of taxes at different government levels could affect the distribution of expenditures between governments, and explored the logical foundations of benefit incidence in fiscal studies. It was followed by an empirical implementation of fiscal incidence in an urban multigovernment area.

The public choice methodology was applied to questions about support for volunteer armies, the social insurance budget and education. The latter led me into a number of topics utilising school finance data, including the role of employee groups in stimulating demand, welfare

losses from consolidation, the effects of guaranteed tax bases, the exportability of non-residential property taxes and empirical tests of bureaucratic behaviour by school district administrators. Recently my interests have focussed on applying the public choice methodology to explaining government institutions, such as the use of residency requirements and more or less progressive tax structures.