Other photo of Kenneth Mark Jacobson

Embattled Selves: An Investigation into the Nature of Identity Through Oral Histories of Holocaust Survivors

Nazi Germany's Final Solution confronted Jews caught in its web with the ultimate challenge to identity - all those who fit the Nazis' purportedly racial notion of "Jew" were placed under sentence of death, irrespective of how they lived, what they believed, or who they took themselves to be. Their very origins having become an inexorable threat to their existence, these people were forced to come to grips - consciously or unconsciously, in word or deed - with their Jewishness. Embattled Selves presents the life stories of fifteen men and women who discovered, concealed, embraced, or rejected their Jewishness as a result of Nazi persecution. Theirs are atypical stories, the stories of people whose physical and spiritual survival came to depend on the mutability of the self. In these pages we meet those who shed their Jewishness to become lost in the crowd; those who, never having considered themselves Jews, had Jewishness thrust upon them; those who defiantly proclaimed their Jewishness despite the consequences; and those who went beyond concealment to join the forces of genocide. Told against the backdrop of the horrors of World War II, these narratives combine the tantalizing suspense of adventure stories with the vivid detail of the best of oral history. Throughout, however, the focus is on identity. The words these survivors speak as they recreate the historical and mental universe in which they lived, as they tell of the choices they made and the paths they took, dramatically highlight questions that concern all of us. In today's world of ethnic reawakening and shifting political boundaries, these stories have a particular urgency. 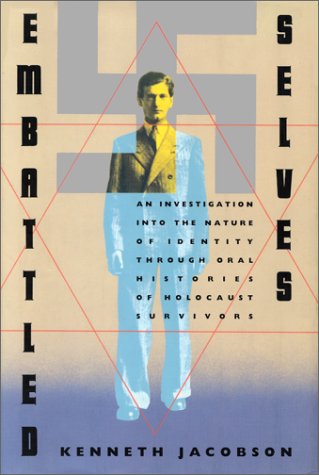