The Race between Education and Technology

( This book provides a careful historical analysis of th...)

This book provides a careful historical analysis of the co-evolution of educational attainment and the wage structure in the United States through the twentieth century. The authors propose that the twentieth century was not only the American Century but also the Human Capital Century. That is, the American educational system is what made America the richest nation in the world. Its educational system had always been less elite than that of most European nations. By 1900 the U.S. had begun to educate its masses at the secondary level, not just in the primary schools that had remarkable success in the nineteenth century. The book argues that technological change, education, and inequality have been involved in a kind of race. During the first eight decades of the twentieth century, the increase of educated workers was higher than the demand for them. This had the effect of boosting income for most people and lowering inequality. However, the reverse has been true since about 1980. This educational slow-down was accompanied by rising inequality. The authors discuss the complex reasons for this, and what might be done to ameliorate it. 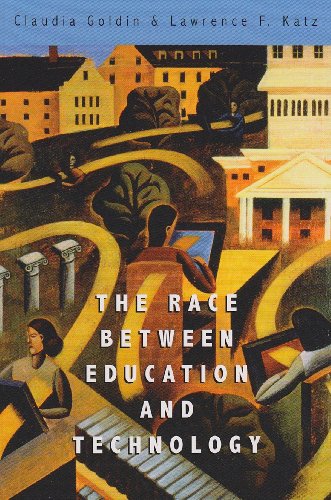