Other photo of Leo Steinberg

Other photo of Leo Steinberg

The Sexuality of Christ in Renaissance Art and Modern Oblivion (October 25, Summer 1983)

The Sexuality of Christ in Renaissance Art and in Modern Oblivion Paperback - March 12, 1984

(Steinberg argues in this work that the artists regarded t...)

Steinberg argues in this work that the artists regarded the deliberate exposure of Christ's genitalia as an affirmation of kinship with the human condition.

Comprises eighteen essays on topics ranging from "Contemporary Art and the Plight of Its Public" and the "flat-bed picture plane" to reflections on Picasso, Rauschenberg, Rodin, de Kooning, Pollock, Guston, and Jasper Johns.

Other Criteria: Confrontations with Twentieth-Century Art

Leo Steinberg’s classic Other Criteria comprises eighteen essays on topics ranging from “Contemporary Art and the Plight of Its Public” and the “flatbed picture plane” to reflections on Picasso, Rauschenberg, Rodin, de Kooning, Pollock, Guston, and Jasper Johns. The latter, which Francine du Plessix Gray called “a tour de force of critical method,” is widely regarded as the most eye-opening analysis of the Johns’s work ever written. This edition includes a new preface and a handful of additional illustrations. “The art book of the year, if not of the decade and possibly of the century. . . .The significance of this volume lies not so much in the quality of its insights—although the quality is very high and the insights are important—as in the richness, precision, and elegance of its style. . . . A meeting with the mind of Leo Steinberg is one of the most enlightening experiences that contemporary criticism affords.” —Alfred Frankenstein, Art News “Not only one of the most lucid and independent minds among art critics, but a profound one.”—Robert Motherwell

( In his insightful and engrossing lecture, Leo Steinberg...)

In his insightful and engrossing lecture, Leo Steinberg surveys and critiques the work of Robert Rauschenberg, one of the great American post-war artists. He also discusses his own experience as a critic in the exciting and turbulent art world of New York in the 1950s and 1960s. The result is a rare glimpse not only into Rauschenberg, but also into Steinberg. With the sharpness and confidence that can only come from a critic who has long been involved with Rauschenberg's work, Steinberg offers an in-depth discussion of such major pieces as the Erased DeKooning Drawing, Bed, and Monogram. He explains the subtle differences between his interpretations and those of other critics, such as Clement Greenberg and Hilton Kramer. He candidly reflects on how he has changed his mind over the years, and defends his new ideas about Rauschenberg's work with precise, fresh arguments. He critically evaluates Rauschenberg's more recent work and addresses how it falls short from the artist's earlier work. From Rauschenberg's silk-screen prints of the 1960s to the vegetable dye transfer prints of the 1990s, Steinberg warns against the dangers of overinterpretation and iconographic enthusiasm. He argues that the unifying strand through this great artist's work is his drive to appropriate, to take objects and images from the world and make them his own by making them become a part of his art. Provocative, intelligent, and beautifully articulated, Steinberg's words shed light on one remarkable artist and on the post-war New York art scene, on Steinberg's particular appreciation of Rauschenberg and on his life's work as an art critic.

The Sexuality of Christ in Renaissance Art and in Modern Oblivion

Originally published in 1983, Leo Steinberg's classic work has changed the viewing habits of a generation. After centuries of repression and censorship, the sexual component in thousands of revered icons of Christ is restored to visibility. Steinberg's evidence resides in the imagery of the overtly sexed Christ, in Infancy and again after death. Steinberg argues that the artists regarded the deliberate exposure of Christ's genitalia as an affirmation of kinship with the human condition. Christ's lifelong virginity, understood as potency under check, and the first offer of blood in the circumcision, both required acknowledgment of the genital organ. More than exercises in realism, these unabashed images underscore the crucial theological import of the Incarnation.  This revised and greatly expanded edition not only adduces new visual evidence, but deepens the theological argument and engages the controversy aroused by the book's first publication.

The Sexuality of Christ in Renaissance Art and in Modern Oblivion 2nd edition by Steinberg, Leo (1997) Paperback

Other Criteria: Confrontations with Twentieth-Century Art by Steinberg, Leo (2007) Paperback 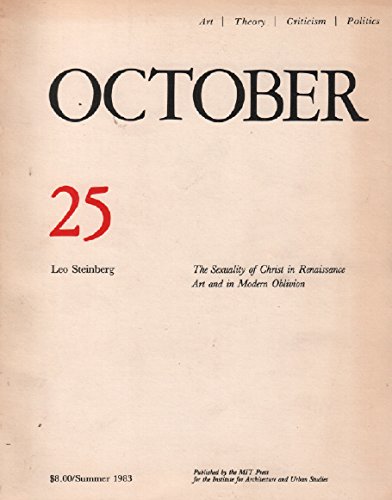 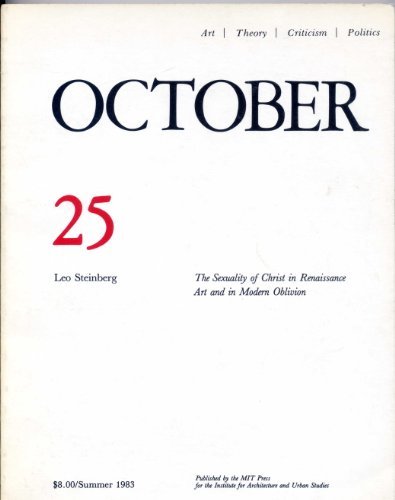 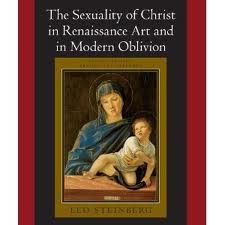 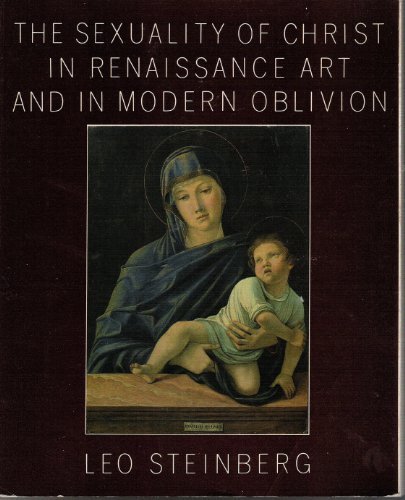 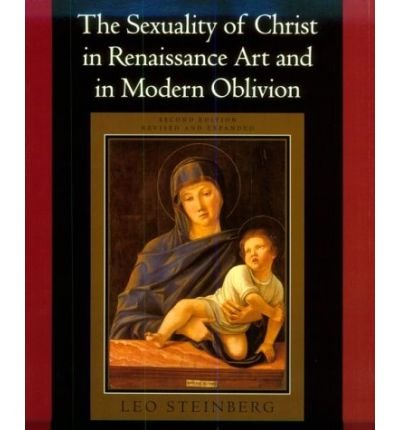 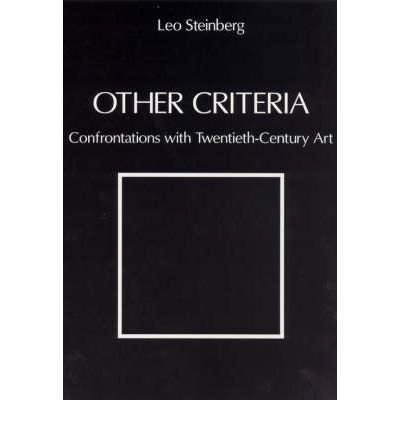 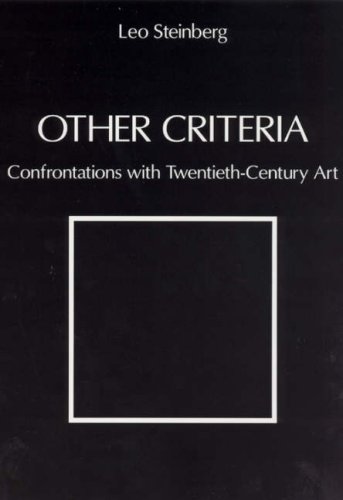 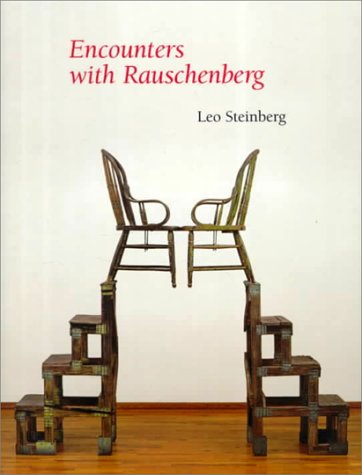 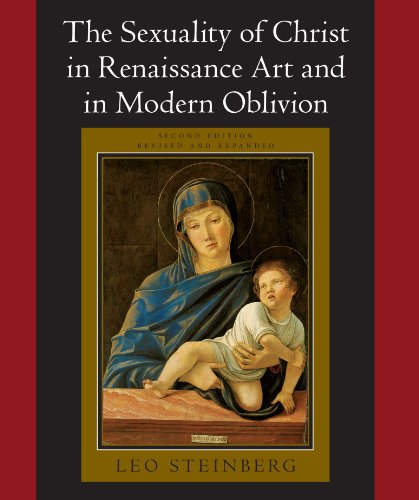 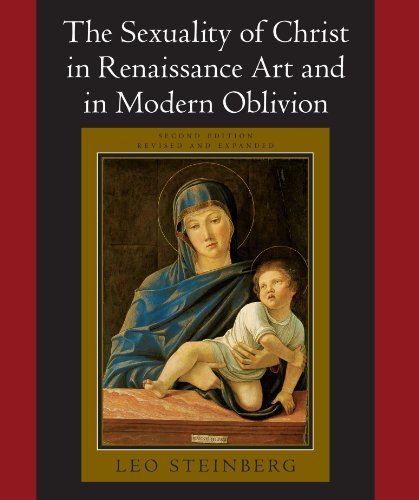 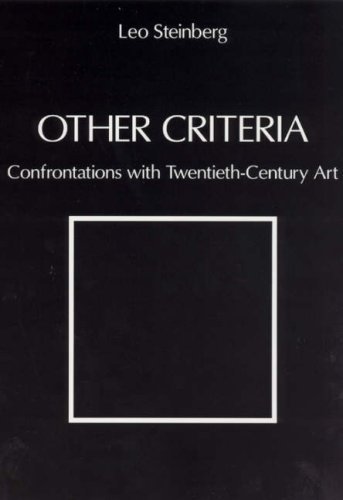